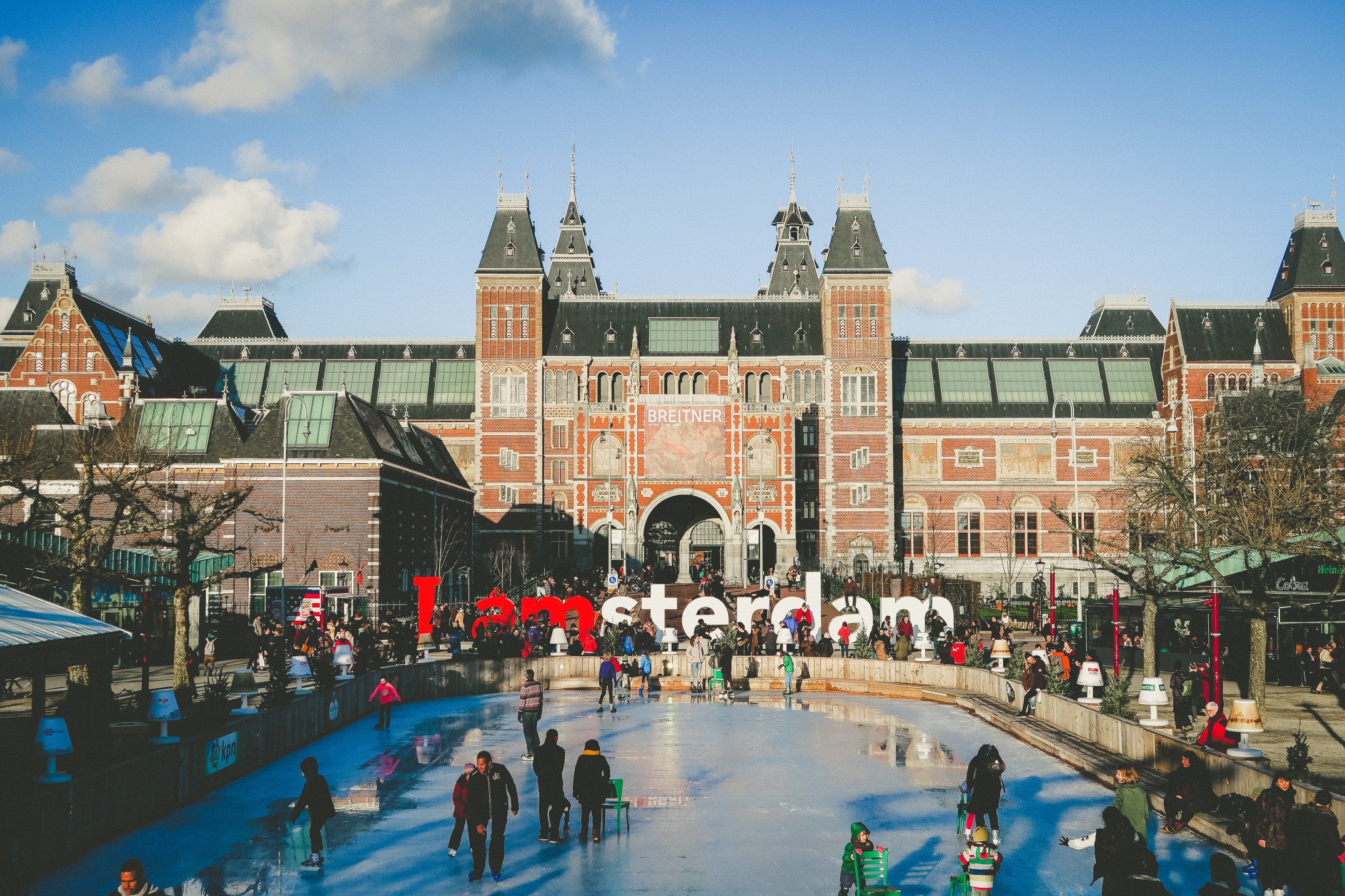 The Small Things: A Year Abroad in Amsterdam

Written by Sophierogersss
Published at 12:00 on 31 October 2019
Images by Red Morley Hewitt

Students occupy a strange space in society, no matter where they are in the world. Unencumbered by the trappings of adulthood or the nonsensical notion of routine, students shimmy and shake their way through life with unapologetic caprice. Being on exchange in the Netherlands I wear my student-hood with pride. It’s a rite of passage to sit back and watch the world move around you; to observe and to learn. Having lived in Amsterdam just over a month now, the heady fumes of Vondelpark and indulgences of Dam Square have simply lost their appeal. Instead, I have found myself reflecting on the nuances of Dutch life that can easily pass unnoticed; parts that are unglamorous but fundamentally defining. If you want to know how to have fun in Amsterdam, google it. But for now, I’d like to share some of the small things.

Yes, this is the name of my bike. The biking stereotype is incredibly pervasive. But the stereotype only scratches the surface; omitting what a bike represents, the roles it plays in everyday life. Your bike is a token of citizenship, an extension of the self. Dutch parents rely on their bikes to chivvy car-loads of children to school every morning. Lovers find solace in the intimacy of the entwined straddle. Friends pile on each other’s bikes for drunken taxi services along cobbled paths. The list goes on.

At its core, my bike represents order amongst chaos; a calm state of mind. The knowledge that upon return, Fredrick will take me wherever I need. The ‘returning’ part however, has posed many a challenge. On re-locating my bike I use an ancient technique called ‘acting as if’. The student wipes her hands of a day’s work and marches down to the infinite rows of precariously stacked bikes; the labyrinth of wheels and locks no match for her gut instincts. She makes subtle head movements to preserve her unfazed demeanor. Moving with false resolute, she allows the forces of nature to guide her. She is reunited with her two-wheeled bestie, all is well again.

It’s a small thing, but your bike allows you to move with the city, not through it.

The Dutch are renowned for their bluntness, and I’ve grown to kind of love it. Perhaps I’m a social science student or perhaps I’m always right, but I have never come across these two words in a seminar at Birmingham. You’re wrong. Having just word-vomited my well-researched (yet some-what entangled) opinion on the sexual revolution in Iran I was confronted with these two words. Call me a snowflake, but I was taken aback. The trend continues in the realm of dating. A friend of mine received a ‘tikkie’ (a money-sharing app) receipt after being brought a round of drinks by her date.

It’s a small thing, but the Dutch are ruthlessly blunt, and it’s so refreshing.

I am inclined to finish on a note about being alone. The city of Amsterdam is home to 180 different nationalities and, needless to say, indefinite personalities. The opportunities for social connectivity are abundant. Yet people regularly and consciously choose to connect with their solidarity. Be it for coffee alongside the canal or for lunch with a book, I am forever drawn to the solo goer. A different kind of energy comes from he who is content being alone.

It’s a small thing, but I have found stints of solidarity as a student in Amsterdam to be the medicine I didn’t even know I needed.