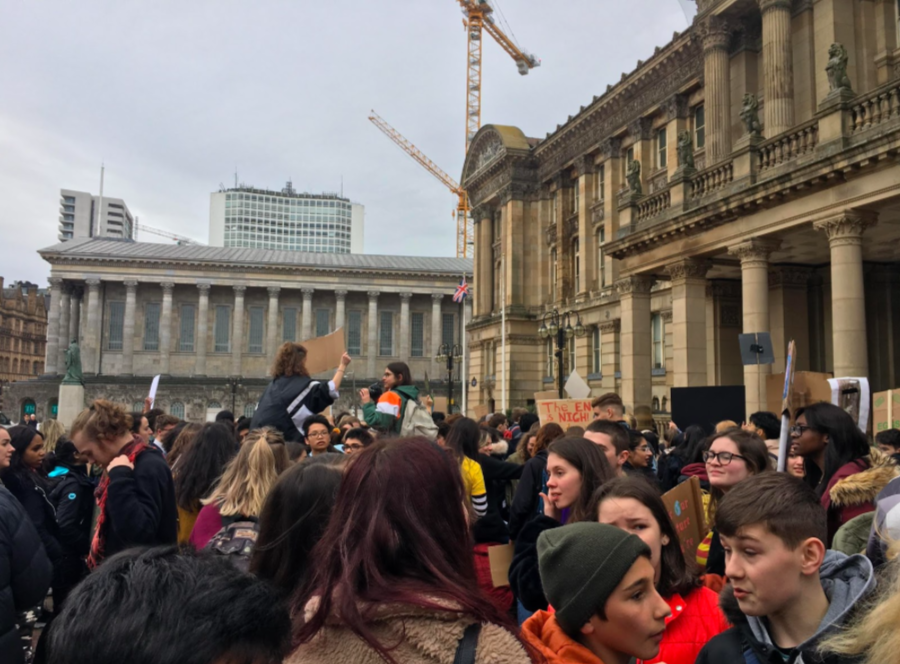 The strike consisted of local school pupils refusing to attend school for the day to go out and protest against the current government’s inaction on issues of climate change.

Youth Strike 4 Climate has been organising school strikes across the UK on the February 15th and the March 15th.

The strikes have been organised by a group of young people, including 16-year-old Swedish Activist Greta Thunberg who was nominated for a Nobel Peace Prize.

According to the strike’s organisers, ‘this is our final chance to fight for our futures, and our ages will not be what stop us.’

While attendance is less strict at University, a number of students from the University of Birmingham (UoB) chose to attend the climate strike in solidarity for the younger school students.

Second-year Liberal Arts and Natural Sciences Student Abi Chapman told Redbrick that she chose to attend the protest ‘to show support for Generation Z.’ Another second-year student, Eleanor Teather, said ‘I feel helpless and this makes me feel less helpless.’

Redbrick spoke with the Social Secretary of UoB’s Environmental Society, Charlotte Balchin, about why the society chose to support the strike: ‘I think group action and protest is the only way the government will come to see the climate needs to be a priority, not just an afterthought.

‘I think that young people striking is significant as not only does it show that climate change is a critical issue which is going unaddressed, but also that young people feel the need to make a statement as their concerns are not being represented or discussed enough in parliament.’

A number of local school students spoke at the protest. One student summed up her feelings towards her teachers who forbid them to skip school with the statement ‘what is the point of preparing for a future that we don’t even have?’

One 76-year-old Greenpeace Campaigner told the students how impressed she was with the attendance, and she apologised on behalf of people her age: ‘It’s my generation that has done this to you.’

Charlotte Balchin told Redbrick that she is ‘in awe of all of the young people I’ve seen taking action and would encourage them to continue doing so as this is an issue that will affect young people the most.’

One school student had a message of hope for her peers: ‘by being here our generation is making a difference and we should be proud of that.’

Birmingham City Council Cabinet Member for Transport and Environment, Waseem Zaffar, also spoke at the demonstration in the City centre.

He encouraged the students in their protesting and lobbying. He also promised that ‘we will leave this society in a better place for you, your children and future generations.’