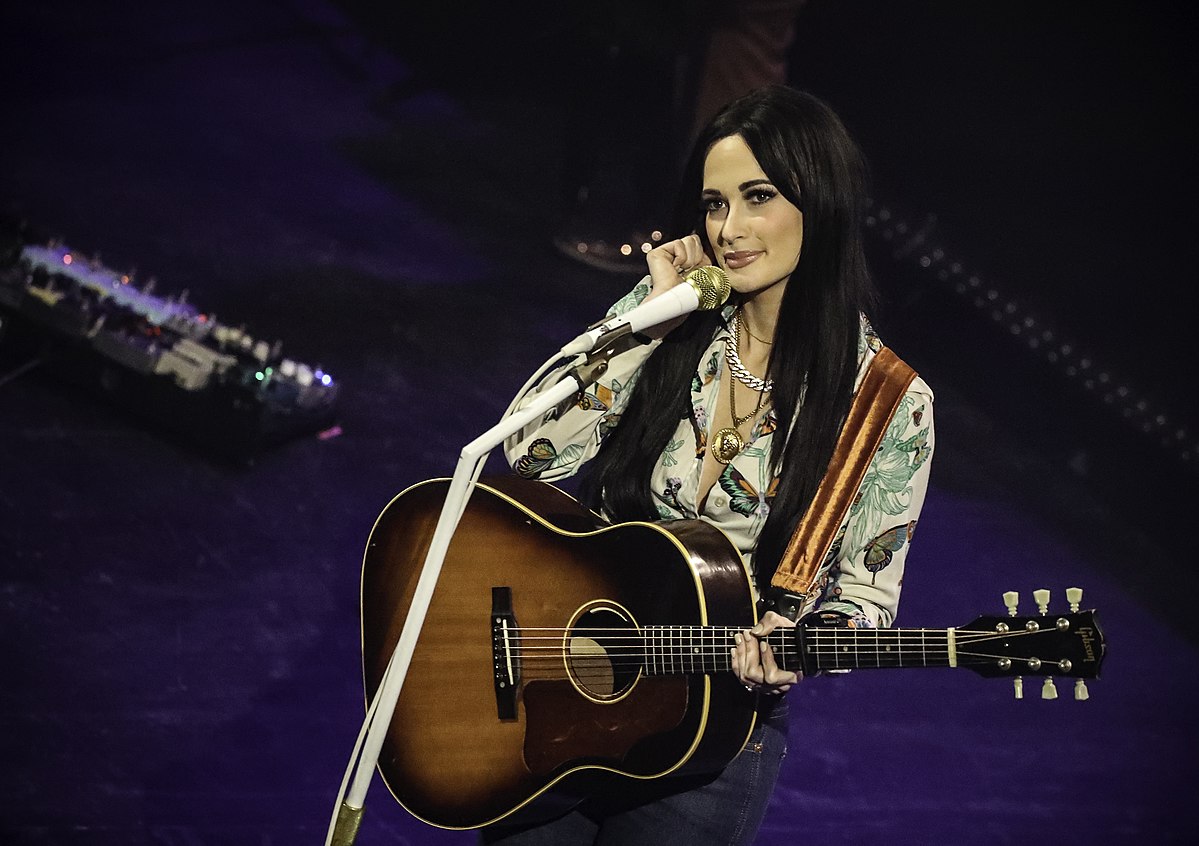 Written by Sammy Andrews
Published at 11:00 on 24 December 2019
Images by Andy Witchger

Christmas is upon us, and country singer Kacey Musgraves has blessed us with a truly charming Christmas album. The Kacey Musgraves Christmas Show is a recording of her Amazon Prime Christmas special and contains a perfect amount of fun and festivity that makes it sparkle. A mix of solos, duets, covers and original songs, Kacey Musgraves makes the Christmas season her own. It’s an album I’ve been listening to on repeat and an album that has been getting me very excited for the festive season.

Following the story of Kacey preparing for Christmas on Christmas Eve, the narrator Dan Levy offers punchy one-liners and comical interludes between each song that carry the light-hearted fun. Bringing a level of performativity, this narrative element does seem to get lost at times in the album recording, but is still endearing nonetheless. As she struggles to organise herself and find the star for the top of her tree, Kacey is visited by various special guests – even her Grandmother pops in for a chat, star in hand.

The main draw to the album for me was the vast number of duets – ‘Glittery’ with Troye Sivan and ‘I’ll Be Home For Christmas’ with Lana Del Rey namely. These duets do live up to the excitement surrounding them, but surprisingly don’t stand out among others. Moments such as the fun and light-hearted covers of ‘Let it Snow’ with James Cordon and ‘Mele Kalikimaka’ with Zooey Deschanel really sparkle and capture the joy of the album.

A real stand-out comes as the collaboration between Musgraves and Leon Bridges on ‘Present Without a Bow.’ Leon’s smooth vocals, the jingling bells and country guitar twangs create a heart-warmingly beautiful song. Even the whimsical lyrics such as ‘there’s no red and white stripes on the candy cane’ and ‘me without you is like a present without a bow’ jump out with festive charm.

Whilst the duets do seem to stand out as the main draw to the album, the solo songs also have their own charm. In ‘Have Yourself a Merry Little Christmas’, the country guitars and Kacey’s signature vocals bring a softness to the classic Christmas song so that it could sit comfortably on one of her own albums. Among her original songs on the album, ‘Christmas Makes Me Cry’ stands out as a more raw, honest take on the sadder parts of the Christmas period and is a refreshing break from the overall optimistic fun of the album. Yet, the real star on top of the tree of this album is Kacey’s charming performance of ‘Ribbons and Bows.’ The jingling of the bells, the saxophone and the upbeat nature end the album on a wonderfully positive note. It is Christmas cheer at its best.

In The Kacey Musgraves Christmas Show, Kacey Musgraves has wrapped up the heart-warming festivities of Christmas and put a bow on it. The collaborations shine and her original songs add her own take on such iconic Christmas tunes, overall making for a truly fun and charming album.