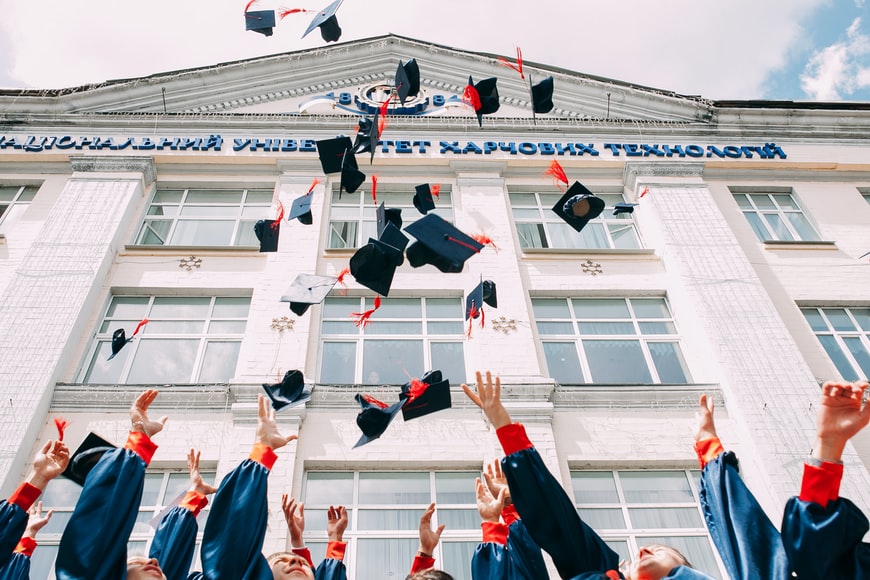 Written by hannahdaniels
Published at 13:00 on 27 October 2021
Images by Vasily Koloda

The gender pay gap debate is making the rounds again, and this time women’s degree choices are to blame. If women are earning less than men in their 20’s, it is because they are choosing the wrong degrees, or so The Telegraph claims. Who is surprised that in the face of an evidential gender pay gap, it is once again women who are being blamed?

The Telegraph’s argument is based on the findings of a new IRF study, and on a statistical level, they are not wrong. Women are more likely to choose degrees with a lower economic value. They make up two thirds of graduates in creative arts, the subject with the lowest financial returns, but only one-third of graduates in economics, the subject with the highest returns. In turn, women are less likely to work in high-paying fields. They make up only 14.4% of people working in STEM in the UK, even though they make up about half of the workforce. Clearly, the choices women make at degree level have an impact on their financial future.

The statistics, however, fail to tell the whole story. Women have been systematically barred from the world of Science, Technology, Engineering, and Maths for a long time, and the breaking down of these obstacles is a slow and gruelling process. Despite how far society has come, it seems there is still a long way to go; and although it might be easier to focus on the choices women make, I think eradicating the barriers standing in their way would be much more productive.

Some of these barriers are explicit and tangible. For example, it is easy to observe the gender imbalance in STEM subjects at A level. Only 8.1% of female A level students studied maths in 2019, compared to 15.6% of male students. In further maths, this number falls to 0.9%. Since a maths A level opens up access to the vast majority of high-value STEM degrees, including mathematics (which boosts earnings by 13.4%) and economics (which boosts earnings by 19.5%), it is vital that more young women be taking this A level. Yet, we’ve seen that the number of female A level students taking maths is incredibly low, and maths is just one subject among many for which this is a problem.

It has been a long time since women have formally been kept out of a STEM education, but it can sometimes still feel like it is not a place that we are welcome. The Guardian refers to this as ‘social belongingness’; the idea that if young women know that they will be one of the only girls in a classroom, they are less likely to feel that they belong there. It can be a serious detriment to young women deciding to study STEM subjects. A 2015 study from Monash University found that ‘girls in single-sex schools were 85% more likely to take advanced mathematics than girls in co-ed schools and 47% more likely to study physics.’ It is a shame we are not yet at a point where young women can feel just as welcome in a STEM environment as they can in English or Art.

It is not just the fear of not belonging that puts young women off, however, but also a fear of failure. ‘Self-efficacy’ is the ‘belief that one can succeed in a domain’, and when it comes to succeeding in STEM subjects, despite what the stats tell us about female success, young women are much more likely to doubt themselves. A lot of this comes from a lack of role models and, I would argue, the subconscious messaging the world gives us that STEM is not a place for women. It leads young women to believe that they will be better suited to arts or languages or humanities and stops them from pursuing STEM subjects.

Whilst arguably the most important, A level gender imbalances and wider societal stereotypes are not the only barriers women face when choosing their degree. There is also a wider context to consider. Entering a male-dominated workforce can be intimidating. Women tend to be seen as less competent than men in male-dominated arenas, and they may worry about working in a company with few other women. A lack of role models is also a problem. Men can look at a company and see their own gender reflected in both the workforce and the leadership, but for women, this is usually not the case. The glass ceiling still keeps us out of leadership positions, more so in male-dominated fields than anywhere else. These issues, amongst others, can make entering a male-dominated profession intimidating, and put women off pursuing such a career altogether. When this happens, everybody loses, but nobody more than the women themselves.

The obstacles to women entering high-value professions are numerous, and they do not begin or end with the choices they personally make. Although it is true that women are more likely to choose low-value degrees, this is not the whole story, and it is not the most important part of the story either. By focusing on the choices women make, we risk putting the blame on individuals, but there are larger societal issues at play and that is where we need to focus our attention. Young women need to be encouraged to pursue STEM subjects. Female role models need to be put into the limelight. Women need to feel that they belong, and will excel, in STEM, just as much as men do. Only then will women stop choosing the ‘wrong’ degrees.