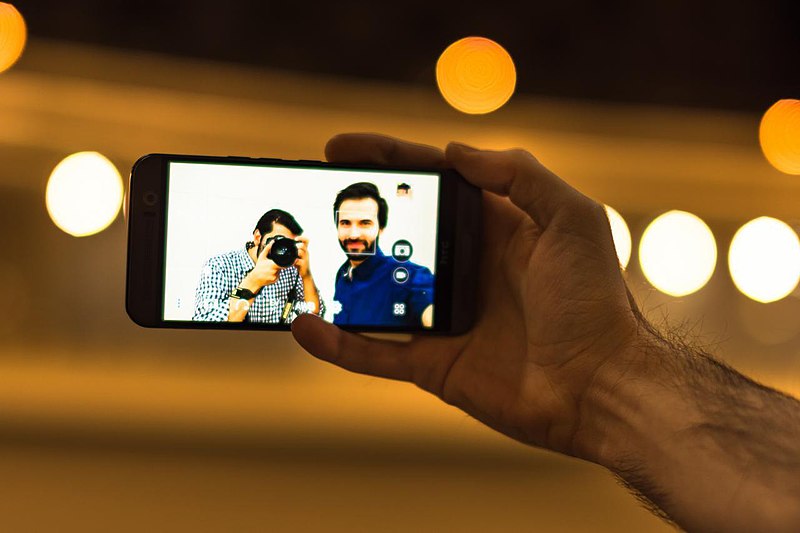 Lying to Your Selfie: Have Edited Instagrams Gone Too Far?

Written by yasminekennedy
Published at 12:00 on 28 June 2019
Images by Rezasaad.art

It is no secret that Instagram accounts serve as a highlight reel of our lives. No one is in a rush to show off the spot they’ve woken up with, or the bloated stomach from one too many biscuits the night before. Instead, our feeds are full of poreless skin and super flat stomachs. In light of this, a scroll through Instagram can lead to constant comparisons and plummeting self-esteem with the constant question of ‘why don’t I look like her?’.

Instagram’s initial attraction stemmed from its authenticity, something that has always lacked in more traditional media platforms such as magazines and movies. We assume that the photos uploaded are real images and whilst they may have been when the app first launched, now posting on Instagram is a full-time job for many people. This has led to an influx of flawlessly edited photos often done so seamlessly you wouldn’t be able to tell. Whilst magazines have received consistent backlash for photo shopped images and unrealistic body portrayals, is it time the same attention is brought to selfies on Instagram?

When editing Instagram photos, where is the line between enhancing yourself and completely changing the way you look? The infamous James Charles uploaded a YouTube tutorial on how he likes to FaceTune his photos. The intricate step-by-step video, shows him brightening the whites of his eyes, adding contour and highlight, and reshaping his jawline, the final product being almost unrecognisable in comparison to the original photo.

The Instagram account @beauty.false is shedding light on this issue by posting side-by-side comparisons of flawlessly-edited posts next to a candid or paparazzi photo of the same social media star. From which you will notice their skin isn’t quite as flawless, and their body shape is completely different.  At this point it is also important to note that not only social media influencers make use of airbrush apps, but it appears everyone finds it hard to avoid the temptation of making your teeth whiter, waist smaller and tan darker, whether you have 300 or 3 million followers. This is proven by the original version of FaceTune being downloaded over 10 million times since its release.

There is no denying that the rise of social media has led to an overwhelming decrease in body confidence and self-esteem amongst young people. Therefore, should photoshopped photos, which were once considered a technical talent and now can easily be achieved, be banned from being posted online? With this comes debates of when a photo can be overly edited. We’re all guilty of creating ‘Instagram worthy’ shots, whether that be from choosing our best angles or slightly altering the saturation or brightness of the photo. Should we always be expected to show our followers a more realistic idea of what we look like?

Whilst some Instagram stars like to ‘expose’ themselves with more authentic photos taken from different, perhaps less flattering angles or before they’ve added one or five filters, it is unlikely that Instagram will experience a complete shift in content whereby we see more acne than flawless skin, and more rolls than abs. What’s best to remember is the girl in the image most likely doesn’t even look like that herself, and whilst images may appear real, more often than not the images we see have been highly curated to achieve a level of perfection not attainable to those of us without a talent in Facetuning.