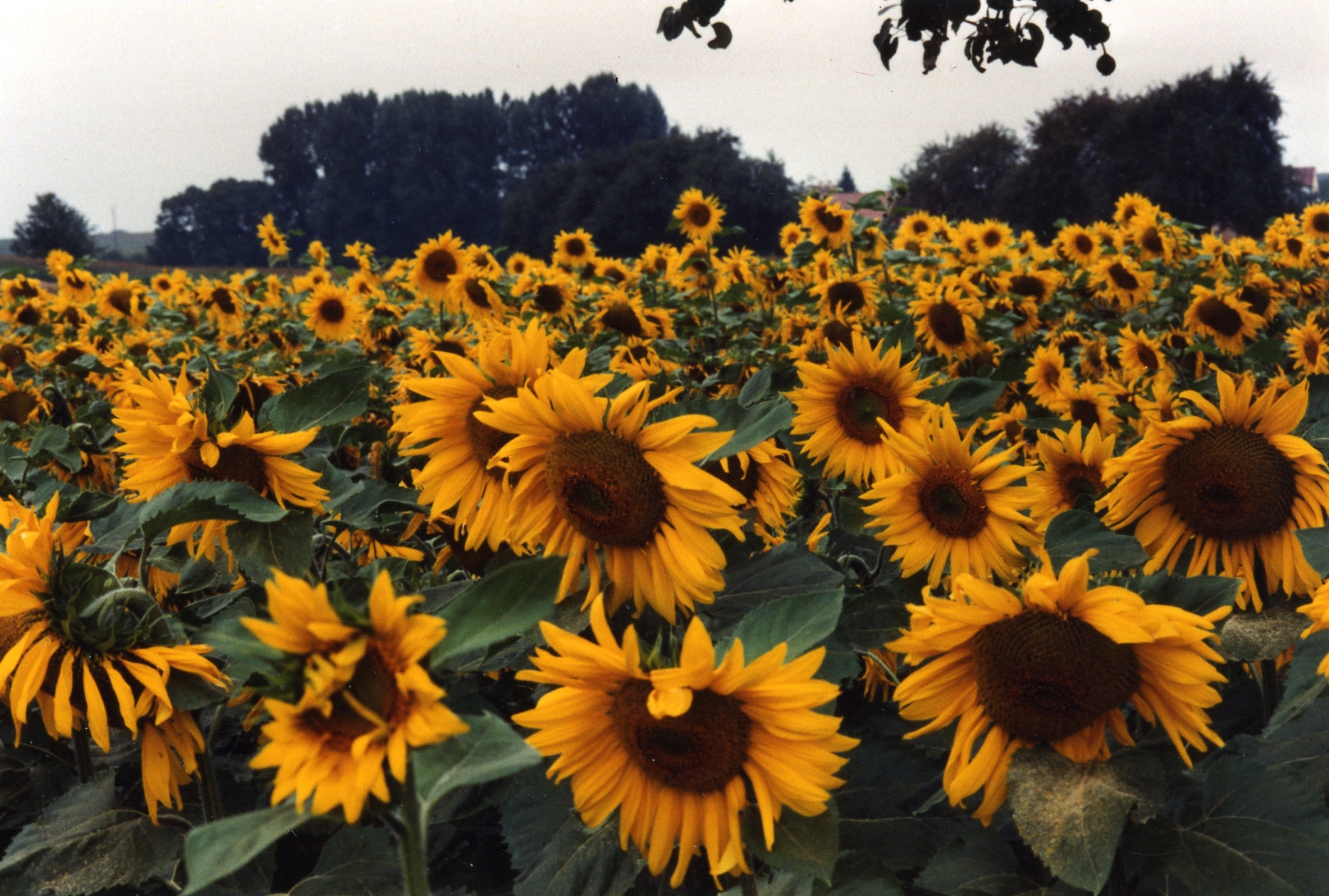 The Flourish of Songs About Sunflowers

Written by emilymwitty
English Literature student with the weirdest music taste imaginable.
Published at 07:00 on 21 April 2019
Images by Uwe W.

In recent months, the music scene has seen a notable increase in songs about sunflowers. Whether they are at the central image of the song or are symbolising something deeper emotionally, they are undoubtedly present, and often find themselves assuming the track name entirely. So what’s the sudden obsession with the bright yellow flowers?

Generally, sunflowers are interpreted as a powerful symbol in the world of flowers. In a society which is increasingly regarding mental well-being (and thus self-care) as a significant priority, the image of a sunflower and what it stands for is not far removed from these principles. Sunflowers are well-known for their longevity, which also means they have the ability to flourish and stand strong through all weathers. Alongside their notably vibrant and uplifting yellow colour, a sunflower’s bloom will always turn to face the sun, which is reminiscent of the optimistic attitudes we are taught to harness for our well-being.

Singer-songwriter Rex Orange County explores this in his 2017 hit aptly named ‘Sunflower’. A mellow and meaningful lo-fi opening hints at the weight behind the song’s meaning, before the mismatched fusion of driving indie pop and soulful trumpets carries the track forward. Such vibrancy in the music thus wonderfully reflects the chorus’s imagery in the lyrics ‘Tryna keep my mind at bay / Sunflower still grows at night’, installing the message that throughout even dark times, he will continue to grow and flourish. Ultimately, Rex Orange County has created a track which inspires optimism through both its music and lyrics, with the image of a sunflower as its central force.

More recently, indie pop group Vampire Weekend released a song called ‘Sunflower’ as part of the follow-up to their fourth studio album Father of the Bride. Similarly to Rex Orange County’s track, Vampire Weekend focus on channelling a cheerful and buoyant experience through the use of bouncing bass scales and fun guitar riffs which characterise the song. The soulful vocals which carry the lyrics ‘Sunflower in the morning / Standing in the garden / All before you wake’ enforce the powerful image of the flower, and set to such funk inspired music, it’s hard not to find yourself grooving along.

These kinds of indie artists, including Rex Orange County and Vampire Weekend themselves, are notable for their performances at festivals. It is perhaps appropriate then that such upbeat and ‘sunny’ songs would grace summer’s biggest stages, performed to beaming crowds adorned with glitter and flower crowns in an attempt to preserve a relaxed and carefree atmosphere.

However, this isn’t the only way in which the sunflower has been recently represented musically. Written for the 2018 hit movie Spider-Man: Into the Spider-Verse, ‘Sunflower’ by Post Malone and Swae Lee provides an entirely different approach to what the sunflower stands for. The brief mention to the flower of ‘You’re a sunflower / I think your love would be too much’ is embedded within a pop sound scape of hazy synths and melodic rap – a much more distanced and artificial sound to those of the indie world. In addition, sunflowers are known to take nutrients from the soil at an alarming rate, meaning the lyric becomes a critique of the overwhelming dependency on a lover. However, the track is notably used throughout the film to motivate and drive the central character as he attempts to find the ‘Spider-Man’ within him. So, whilst the image of a sunflower is being used negatively, the song is still ultimately an inspiring force within the realms of the film.

Likewise, 2018 Netflix original film Sierra Burgess is a Loser uses the sunflower as a motif for something not to be desired, as Shannon Purser warbles ‘But I’m a sunflower, a little funny / If I were a rose, maybe you’ d want me’ over a muted piano. Returning to the idea that the sunflower has become increasingly popular in the wake of encouraging mental well-being, it is clear that this song is attempting to approach the topic of self-love and care. There is no disputing, however, that the portrayal of the sunflower here is one surrounding flaws and rejection, and placed within the subdued music, it’s a stark contrast to the usual vibrancy of the ‘indie sunflower’.

It is clear, then, that the sunflower has become a prominent image within popular music in recent months. Whilst artists such as Rex Orange County and Vampire Weekend capitalise on the positive aspects in order to create bright and uplifting indie tracks, film soundtracks appear to take a different approach in portraying the sunflower as a detriment to their central characters. Regardless, all of the songs explored have an intention of motivation at the heart of them, and in a society focused on prioritising mental well-being, the sunflower can only be an appropriate image in encouraging this culture.