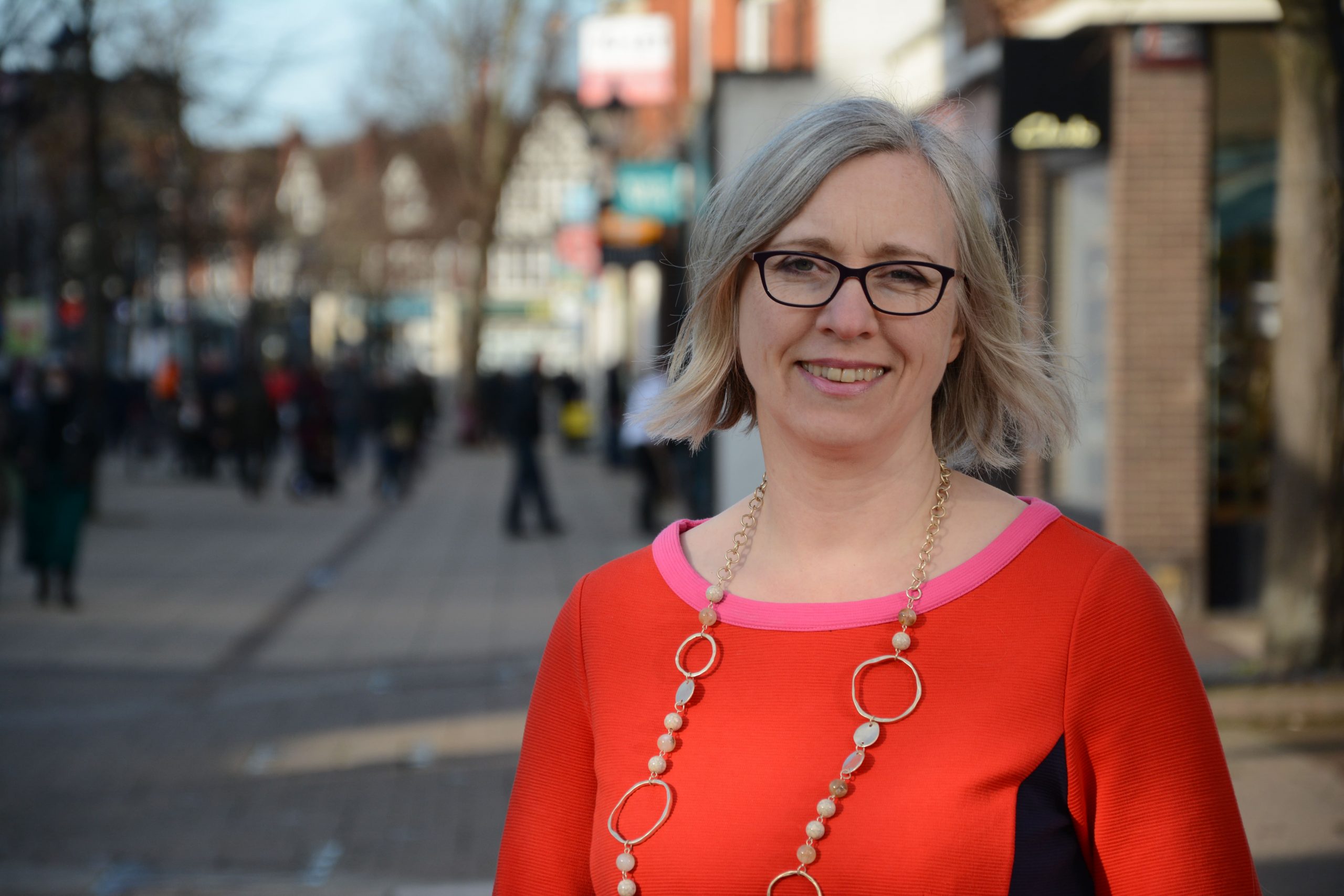 Written by Rhiannon
Digital Editor for Redbrick
Published at 12:00 on 30 April 2021
Images by Jenny Wilkinson

She stood as their candidate for the Sutton Coldfield constituency in the 2017 and 2019 general elections, and ran for the European Parliament in 2019.

It was frustrations with the governing of regions and the country – as well as a desire to make a difference for her community – that originally motivated Wilkinson to get involved in politics. Furthermore, she believes that the West Midlands is ‘often overlooked’ at a national level, so wants to be the person to ‘stand up’ for the region.

Concerned with giving everyone in the West Midlands the opportunity to influence the decision making that affects them, Wilkinson sees the most important part of her campaign as engaging and empowering people and communities.

In terms of issues surrounding the environment, ‘it’s important to change behaviours,’ Wilkinson says. She notes that this can only be done by working intimately with people – encouraging and inspiring them in their journey to reduce their carbon footprint.

‘I see the way this working is around a citizens assembly type approach, where people in the community can engage with and talk to politicians who are educated about the issues and challenges’, she adds. This way, people would be more involved in ‘informing solutions.’ As far as Wilkinson is concerned, small victories on a local scale can equate to vast improvements over the entire region.

Furthermore, she believes that the region’s current target of achieving carbon-neutral by 2041 is ‘too slow’, stating that changes should be implemented now to make the impact that is needed.

Wilkinson believes that another area in need of development is transport in the West Midlands. She says: ‘There’s been transport plans for around 40 years that are just not happening.’ They also ‘don’t necessarily reflect the needs of today’ and so a fundamental starting point for looking at transport costs is to ‘understand what people need, what journeys people are making and where people need to get to,’ Wilkinson adds.

She is keen to encourage people to use more environmentally friendly and healthier modes of transport, such as cycling. However, as someone who has recently given up her car for cycling, Wilkinson believes that there needs to be improvements with regard to the provisions for cyclists on the road.

When asked about the upcoming 2022 Commonwealth Games to be held in Birmingham, Wilkinson noted the importance of using it as an opportunity to get communities working together – as well as to engage people in grassroots sports. She says ‘it will create a legacy of people inspired to participate in sports, as well as encouraging volunteers and capturing the spirit of cooperation.’ Wilkinson also sees the international nature of the event as another opportunity to build connections with Commonwealth countries and learn more about different cultures.

Wilkinson recognises the devastating effect the pandemic has had on lives across the whole region, noting that young people have suffered in their education, losing the chance to travel and live overseas – as well as missing quality time spent building and maintaining important friendships with other young people. Therefore, she thinks it is vital to provide local opportunities, to invest in community facilities, and to offer sports, arts and cultural activities for young people to participate in. She says: ‘there’s lots of little pockets of good things happening across the region, but I would really like to be able to bring those together.’

Another vital consideration for Wilkinson in light of the pandemic is ‘kickstarting the economy again.’ She would focus on jobs in the green industry, ‘target[ing] investment towards those that are looking at green technologies and innovations, as well as those who are looking to support young people and disadvantaged sectors of the society.’ She adds: ‘let’s be a bit ambitious about what we can do differently and how we can restructure our communities and all live better lives.’

Finally, she is passionate about tackling homelessness and housing issues. She believes that we’ve been ‘sleeping on these issues’ and that there are hidden problems, such as ‘invisible homelessness.’ Wilkinson believes there needs to be a focus on affordable house building, as well as housing for social rent. ‘Local government investment in house building […] rather than relying on private developers, is key to solving these issues,’ she adds.

Ultimately, Wilkinson aspires to see people get more involved in solving the issues facing the region. Finishing, she says: ‘by working together, we can all build a West Midlands that we can all be proud of.’