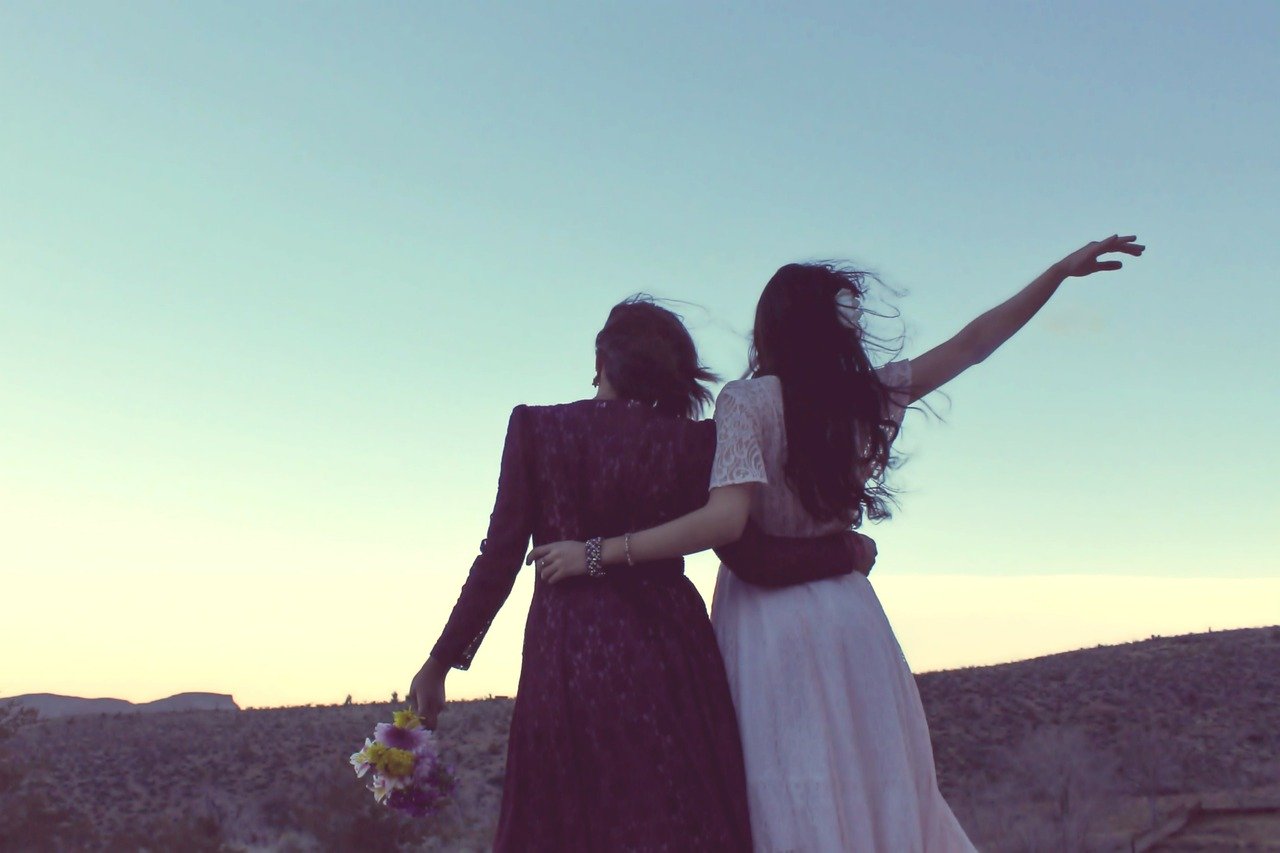 Written by Sophie Donnelly
Published at 15:00 on 22 February 2020
Images by BhaktiCreative

Thirteen is a lucky number.

Robyn Peoples and Sharni Edwards celebrated their nuptials on 11th February 2020. They are the first same sex couple to wed in Northern Ireland after same sex marriage was legalised on 13th January 2020. Peoples remarked, ‘the law which said we couldn’t marry was political’ and ‘by standing together, we’ve made history’.

There is no doubt this legislation is one for the history books. Yet, there remains the issue of whether social attitudes have changed towards formalising same sex relationships. Thus, same sex marriage is still political.

The first civil partnership conducted in the United Kingdom was in 2005 and in Northern Ireland between two women, Shannon Sickles and Grainne Close . The right to marry would arrive almost fifteen years later. Same sex marriage was legalised in England and Wales on 17th July 2013, with the first same sex marriage on 29th March 2014 between Peter McGraith and David Cabreza.

So, what happened in Northern Ireland? As a devolved area of law, it was for the Northern Ireland Assembly to legislate for same sex marriage rather than Westminster . But in 2015, the now First Minister Arlene Foster felt the availability of civil partnership alone achieved balance in Northern Ireland because same sex couples were not precluded from a ‘secure, stable and permanent relationship’. She further stated that ‘the current law regarding same-sex relationships is operating perfectly well… [because] …those who are truly committed to diversity… will not seek to elevate their own interests above all others’.

Criticism can clearly be wielded against the personal attitude of a heterosexual politician, who could access the very rights that others could not. Moreover, as the Northern Ireland government was not restored by 21 October 2019 at Stormont, it was the Secretary of State who made regulations to provide same sex couples with the right to marry and opposite sex couples with the parallel ability to register for a civil partnership . So, if the devolved legislature did not enact the law, how can we know for sure whether social attitudes have changed?

One important fact must be noted. While everyone in theory can now choose to marry their partner or register a civil partnership across the United Kingdom, there is no legal mechanism to ‘convert any civil partnership into a marriage in Northern Ireland’. This means Shannon Sickles and Grainne Close still experience differential treatment. To have their same sex relationship recognised by the institution of marriage, they would first need to divorce. These ‘pioneers… have become an anachronistic anomaly’ because it suggests there is an undertone in the law of the devolved legislature that holds civil partnership less hierarchically important than, and incompatible with, the institution of marriage.

While the UK Supreme Court found it discriminatory for Westminster to prevent heterosexual civil partnerships from existing in law in 2018, surely it is discriminatory not to convert one legal form into another now that the right to access both exists for us all. Otherwise, the likes of Shannon and Grainne are pushed to the periphery once again, despite the legal acceptance of their relationship.