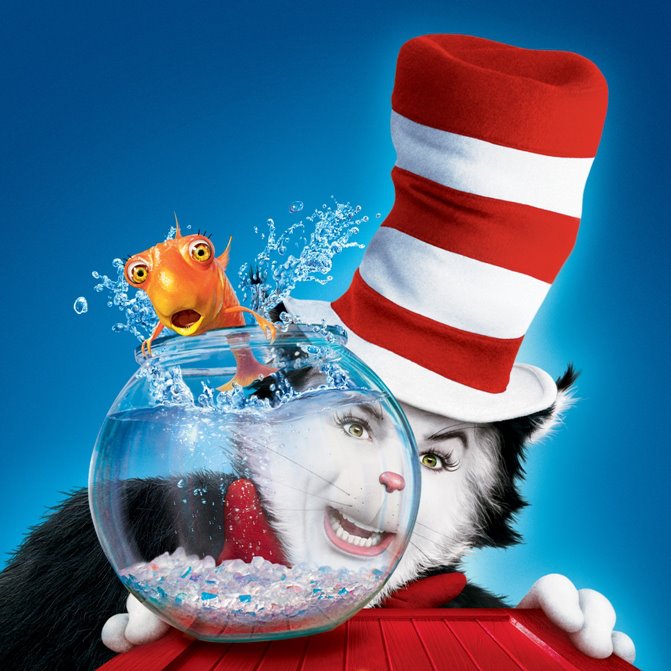 To paraphrase Orwell, not all movies are born equal. Some are made to be great. Others are designed to be so horrendous that they, in the process, become great. More aim for the former but fall short, misfiring for what could be a litany of reasons. G-Force is one of these examples, a family comedy about a team of guinea pig spies who team up on behalf of the US government to stop Leonard Saber (Bill Nighy) from destroying the world with household appliances. (Really!) These atypical angles may make it ostensibly stand out from the crowd but there’s little to enjoy beyond such novelties.

Despite roping in actors as talented as Penelope Cruz, Nicolas Cage, Zach Galifianakis and Tracy Morgan, G-Force is airless and dull, rarely leaning into the ridiculousness of its premise in favour of manic action which leaves little impact. No one goes in expecting Citizen Kane but a little more self-awareness would help this hum-drum family movie – inexplicably soundtracked by multiple Black Eyed Peas songs – stand out from the crowd. Some whacky premises are better off left alone.

Aside from the frankly underwhelming plot, the visual component of the film somehow worsens the situation. In a horrifying attempt to capture the zeitgeist of the late 2010s, a dog voiced by Stanley Tucci dabs. When you think it could not get any worse, the animal cast is a disconcerting mixture of live action and CGI, which only highlights the lacklustre and creepy animation required to make the animals talk. It is clear that Show Dogs is exclusively aimed at children, but compared to director Raja Gosnell’s other children’s films (most notably the live-action Scooby Doo movies), Show Dogs falls incredibly flat. As bad animal films go, Show Dogs is a powerful frontrunner.

When I went back to revisit Garfield for this article, what struck me the most was how unreasonable Garfield himself is. He really is a bastard. Honestly. He’s a maniacal sadist of a cat, whose stupendous ego has manifested itself into Machiavellian cruelty. I’m almost glad that his owner, Jon (Breckin Meyer), is blissfully unaware that his life is orchestrated by this sociopathic tabby cat, because the reality of the situation is heartbreaking. This podgy feline essentially has Jon hostage, leeching off his life and soul, all whilst reeking of lasagne. It startles me how much I was entertained by Garfield (voiced sardonically by Bill Murray) and his antics. Garfield isn’t lazy and loveable, he’s a disturbed menace. That, and the animation isn’t so good.

So what happens in Garfield? When Jon adopts Odie, a lovely, dancing dog, it simply sends Garfield over the edge. Garfield tries to remove Odie (or murder him) before driving him to a local TV host and animal torturer Happy Chapman, played by Stephen Tobolowsky, who really is doing his best. When Garfield experiences a rare moment of sanity, he realises that dooming Odie to a lifetime of electroconvulsive torture is a bit of an overreaction to having to share a sofa. Garfield heroically ventures into the big city to rescue Odie, reuniting them both with Jon and his girlfriend, Liz . The romance subplot is a strange one, because Liz is still attracted to Jon, despite the numerous framed pictures around his house of Garfield posing and dressed up. Jon’s house is the home of a cat-obsessed serial killer and she doesn’t see an issue with this.

Another terrifying aspect of Garfield is that only the titular cat is animated. Every other single animal is live action, without any kind of animated mouth movement, which means all the bad voice acting seemingly emits from another dimension. Why is Garfield so special? Is he real, or a mass hallucination? In one sequence, Odie, a live-action dog, and Garfield, a monstrous CGI creation, dance together. The fuse between animation and reality is a bizarre experience. Garfield leaps, slides and body pops, whilst Odie is restricted to only what a dog can do in reality (jump up and down), yet he is the pet picked out by Happy Chapman as the unbelievably talented one. Can he not see the gyrating tabby cat?

I’ve looked really hard for the positives here. Bill Murray is quite funny because he sounds so fed up. It’s not an awful performance but by no means a good one. The dog that plays Odie is very cute. If you reach for reasons, you could argue that the exploitation and torture of Odie for profit and entertainment in the film is a condemnation of the way animals are often mistreated for profit and pleasure, but in reality the makers of this film still made the dog twirl around at length for a good take. The comedy in Garfield is surprisingly mean spirited, relying on the soulless cat for laughs. But for all his body popping and gyrating, Garfield is a despicable creature, manipulating the lives of those around him for his hedonistic, bourgeoise lifestyle.

There is also a sequel, Garfield: A Tail of Two Kitties. Maybe one day I’ll have the strength to revisit that as well.

Jade Matlock, Film Editor – The Cat in the Hat

It’s been long enough since the release of 2003’s cinematic crown jewel The Cat in the Hat to acknowledge that it does not hold up as well as I once thought it did. With the likes of Mike Myers, a young Dakota Fanning, and even the go-to casting for a 2000s mother, Kelly Preston, gracing the cast, one would think that the film has sturdy enough foundations to establish itself as a passable children’s classic.

How horribly wrong we were.

The Cat in the Hat, like its predecessor How the Grinch Stole Christmas, seemed intent on making its lead actor suffer for their art. But not even heavy prosthetics can hide the pain in Mike Myers’ face as he drags himself through the ‘Fun, Fun, Fun’ musical number. While Spencer Breslin and Dakota Fanning make a charming Conrad and Sally, the film’s screenplay remains stiff and jarring to relive as an adult who now understands its seedier references.

No amount of childhood nostalgia can redeem the horrifying image of a six feet tall talking cat with a Brooklyn accent degrading a gardening implement, and with the cancellation of all live-action Dr Seuss classics after the film’s reception, part of me is incredibly relieved that no future generation will have to share that agony.

I threw Barnyard on, having never watched it as a kid, expecting enjoyable nonsense at the very least. Unfortunately what ensued was 90 minutes of dodgy animation, awful jokes and bland storytelling. The film focuses on a carefree cow called Otis (Kevin James) who is forced to take responsibility protecting the farm animals from a pack of gaunt coyotes. It is a simple and predictable premise which relies on the laughs to carry the audience through, but the jokes and visual gags are so unfunny it borders on cringe-worthy, despite the efforts of star studded cast which includes Courtney Cox, Danny Glover, Wanda Sykes and David Koechner.

The biggest issue undoubtedly however is the failure of the animators to grasp animal anatomy – the main protagonist Otis, along with his father Ben (Sam Elliott), are both male cows yet possess glaring udders. It is hard to ignore this ridiculous oversight, particularly as these characters stand awkwardly upright like humans for much of the runtime. Combine this with animation which looks outdated even for 2006 and you have a truly terrible movie. As reviewer Kyle Smith aptly summarised in the New York Post – ‘if you want to punish your kids, send them to bed without dinner. If you want to disturb, frighten and depress them while making sure they fail biology, take them to the animated feature Barnyard.’

Looking for more whacky movies? Try out these recommendations from Redbrick Film: