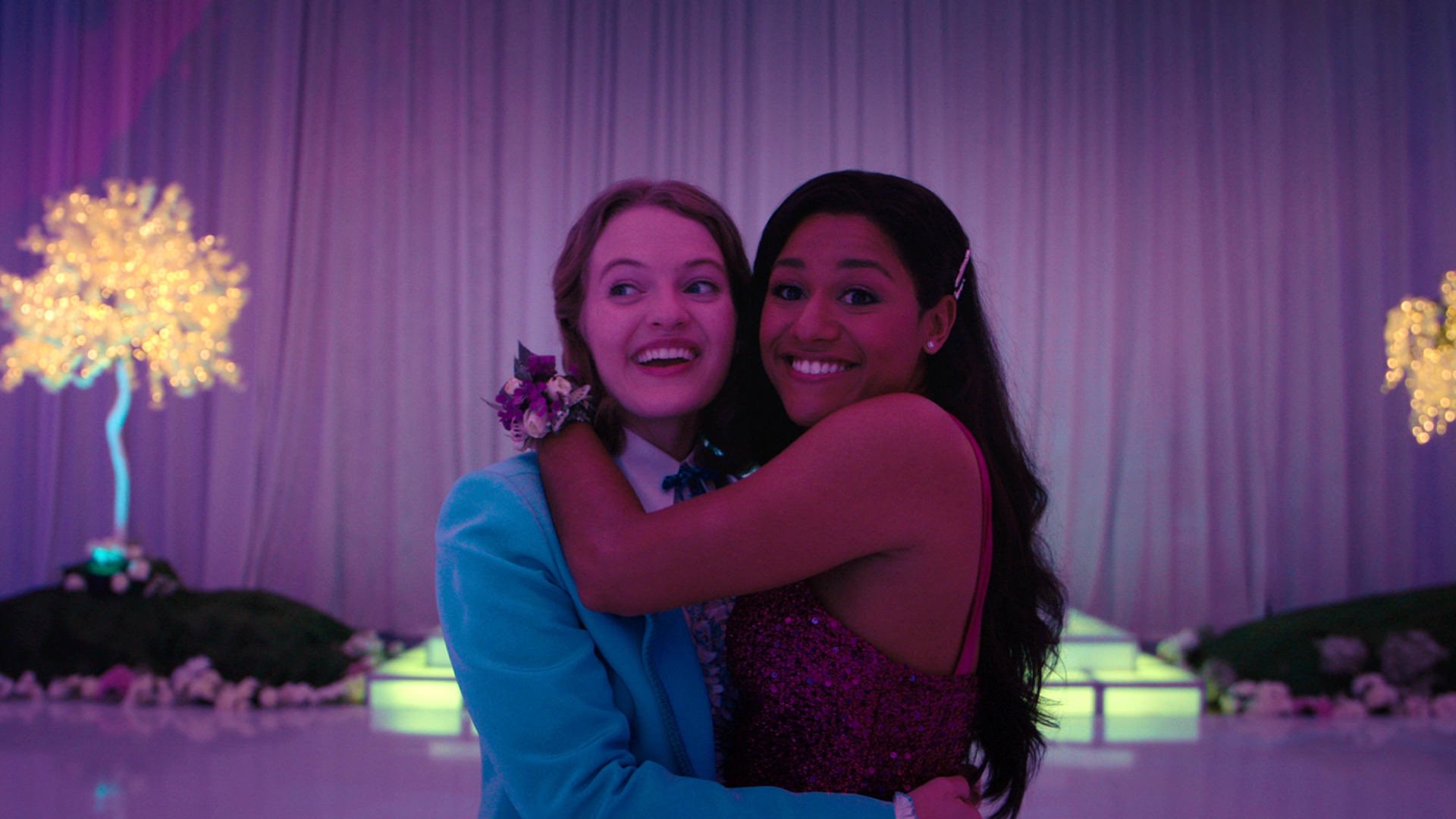 Deyna Grimshaw
English Literature Student :)
Published at 16:30 on 14 February 2021
Images by The Prom on Twitter , Netflix Most on Twitter

One of the few things that we have been able to look forward to amidst the downright awfulness of 2020 is new media. While many television shows and films have had to be postponed, others have pushed through and been released to the public in our hour of need. For musical theatre fans who have been banished from the theatre for the majority of the year, Ryan Murphy’s film adaptation of the Broadway musical The Prom became beacon of hope. However, many have found that, despite the star-studded cast, the film is simply not the hit that we expected.

The musical numbers are far more enticing than the predictable plot. The introductory exposition in New York feels forced but the first musical number, set in Indiana, ‘Just Breathe,’ performed by the character Emma (Jo Ellen Pellman), really fit into the style of the musical. The ensemble performance of ‘You Happened’ is very upbeat, and I would assume that it is one of the more popular numbers from the soundtrack. The music in general does inject an energy into the characters and a plot which is otherwise fairly standard, however there are some more emotional moments portrayed through the soundtrack. ‘Alyssa Green’ is performed beautifully by Ariana DeBose, and conveys the pain of a teenager struggling with her identity and her desire to please those around her, something which will be relevant to many viewers. As well as this, Principal Hawkins’ (Keegan Michael-Key) rendition of ‘We Look to You’ is extremely poignant, as he is praising the importance of theatre in his own life in a year when we ourselves have been prevented from enjoying the art form, and so many actors and theatre companies are struggling greatly.

The film is not without its detractors. One of the biggest issues The Prom faced was its casting. Mainly, many people have found issue with James Corden, who plays the role of gay Broadway star Barry Glickman. His American accent leaves a lot to be desired, however it is his status as a straight man playing a gay character which has angered many people. The debate over whether straight actors should be able to play gay characters is ongoing, but it is undoubtedly clear that this role should have been given to a gay actor, as Glickman’s story focuses so heavily on his sexuality, and the plot of the musical highlights the effects of homophobia. When Glickman breaks down to Dee Dee (Meryl Streep) in their hotel room over his parents rejecting him after coming out, it feels offensive, as is clear that Corden cannot have any idea of the true emotions behind that scenario. Darren Criss, who is best-known for his portrayal of gay characters in multiple television shows, has explained why straight actors should not portray gay characters, and why he would no longer take on a gay role, stating very clearly, ‘I want to make sure I won’t be another straight boy taking a gay man’s role.’ Another issue which has been noted is that the actors are clearly all film actors, and the film ignores the stage actors who originally brought this plot to life.

On a lighter note, Meryl Streep’s portrayal of narcissistic Dee Dee Allen is perfect, completely typical of the Hollywood diva that we are familiar with. Streep delivers some of the funniest moments – her song ‘It’s Not About Me’ is highly ironic, as it is, in fact, entirely about her. Similarly, when she states to Dickinson, ‘Death. I wish for death,’ the humour which the film strives to convey finally begins to show. In contrast, however, Nicole Kidman was simply wrong for the character of Angie Dickinson (yet another failing Broadway star). Her rendition of ‘Zazz’ fell completely flat, and she unsurprisingly disappeared into the background behind her co-stars. Trent Oliver (played by Andrew Rannells) was another enjoyable character, although his performance of ‘Love Thy Neighbour’ felt as though it could have resolved the plot and cut two hours from the film if only it had been sung in the first five minutes. There is little to say about the high schoolers from Indiana, as their performances were much more authentic than the more famous members of the cast, however it is clear that there remains an issue with Netflix casting grown adults as high school students (Ariana DeBose is 29!)

The Prom is enjoyable, but it is not a film that I will be re-watching anytime soon. The best of the musical numbers help the viewer to forget some of the film’s abominations (I’m looking at you, Nicole Kidman and ‘Zazz’), however they cannot be overlooked entirely. This film may not be as good as many expected but it serves its purpose as a slice of musical theatre at the end of a rather dreary year.

The Prom is now streaming on Netflix