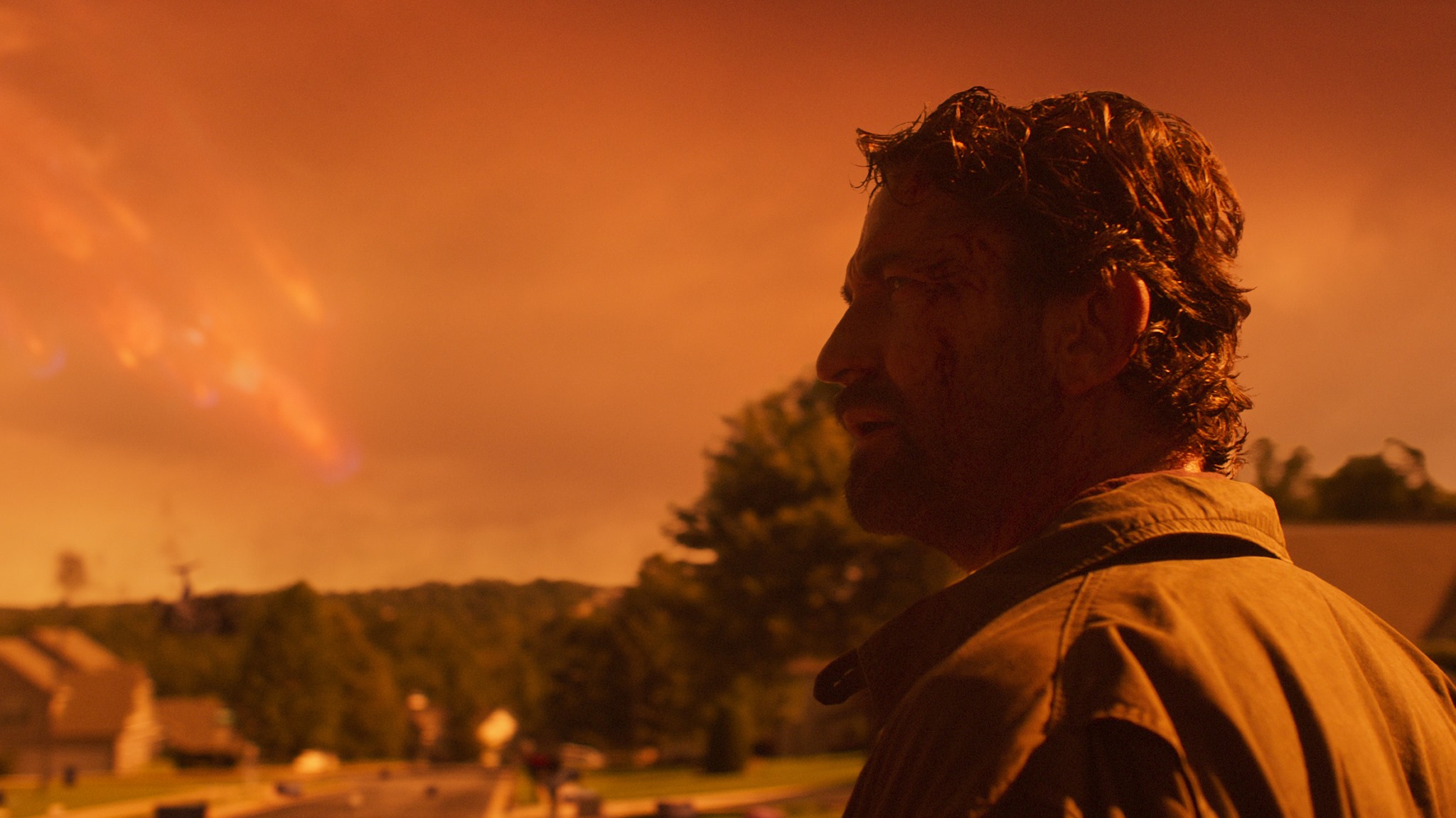 Greenland is almost what you’d expect. Once again we are taught that the solution to middle-class marital problems is a deadly asteroid strike. Except this time it’s a comet, not an asteroid. Comets are faster, sleeker, harder to track – they’re just better at being world-destroying space-rocks. Greenland is the comet to the asteroid that is, say, Geostorm, Gerard Butler’s panned 2017 disaster film, where he fights weather patterns so bizarre they could fuel British conversation for weeks. Of course, comets are still a lot like asteroids.

Greenland is an unusual name for a disaster movie. It’s not Deep Impact, Armageddon or Twister, i.e. the word for the bad thing that’s about to happen. The Greenland in director and former stuntman Ric Roman Waugh’s movie is the location of a bunker, the greener grass on the other side of the 2 hour runtime – hope. What sets Greenland apart is its focus not just on the desperateness of the times, but on the desperate measures we take, lies we tell ourselves, and hope we can muster under such circumstances.

When a friendly comet called Clarke gradually reveals itself to be more deadly than had been expected (despite being  called Clarke) it’s every man for himself. Gerard Butler is the father and husband desperate to get his family to safety. He’s the American everyman, but he’s not a Jake, or a Mike. In fact, he’s not even American, or at least not by birth. He’s John Garrity – he is to Jakes and Mikes what Andrew Byron Bachelor (as the former Vine star is credited for his unusually sombre cameo) is to King Bach. John Garrity isn’t here to save the world, he’s here to save his family. He’s the real life everyman, not the one-man-army reluctantly volunteering to steer a missile into the comet by riding it like a horse, jumping off at the last minute and landing in an opportunely-placed Great Lake. He’s the one who watches. He’s not the rounding error, he’s every man. At least when he’s not saving people from exploding planes. Give them a break, if he’d left it up to one of the many trained professionals present, they’d have to create an entirely new genre of film.

As a structural engineer with useful skills, John is one of a minority invited to bring his family to live out the ‘extinction-level event’ in a bunker in Greenland, the huge island home to – like most islands, it seems – an actual US air base. Amongst the chaos, the Garritys have a plan, but of course, things aren’t so simple. The family quickly lose their privilege and have to cross borders, hitchhike and steal just like everyone else. One minute they’re pushing through a mob with the end-of-the-world equivalent of VIP lanyards, the next they’re breaking into houses which resemble their own. The Garritys are real people, doing what real people do and taking the same advantages that real people take. At least when they’re not spending time writing ‘sorry I stole your car’ letters during the final hours of humanity’s not being extinct.

Greenland is infected with its fair share of clichés, but there are other, load-bearing building blocks too. Sure, there’s a careless child many will come to hate more than the film’s murderers, the CG devastation of famous landmarks – perhaps even one in the US, God forbid – and the classic raiding of a huge pharmacy, but before you’re halfway through rolling your eyes, one obstacle replaces another and now you’re occupied wondering what on dying-Earth the Garritys should do next. There really is no time to breathe. One might face near suffocation as Allison Garrity (Deadpool’s Morena Baccarin) desperately fights off a man trying to kidnap her son.

Greenland is not Citizen Kane, but it’s far from Sharknado. For once, the comet is not the bad guy who needs stopping – it’s already won. Clarke is simply the unobtrusive supplier of an interesting context, emotionless enough to feel real. The film is definitely a fresher take on and better blueprint for the disaster movie, but it’s not brand new. It certainly stands out, but only within its category. Greenland would be to the disaster genre what Die Hard is to action thrillers, if Die Hard were a little worse.

Given our recent encounter with circumstances we may have previously deemed movie-like and impossible, Greenland may not be what we need right now for our outlooks on life. Anyone who can handle two hours of condensed stress in these times, however, should open Amazon Prime. For its refreshing focus, Greenland deserves a chance.