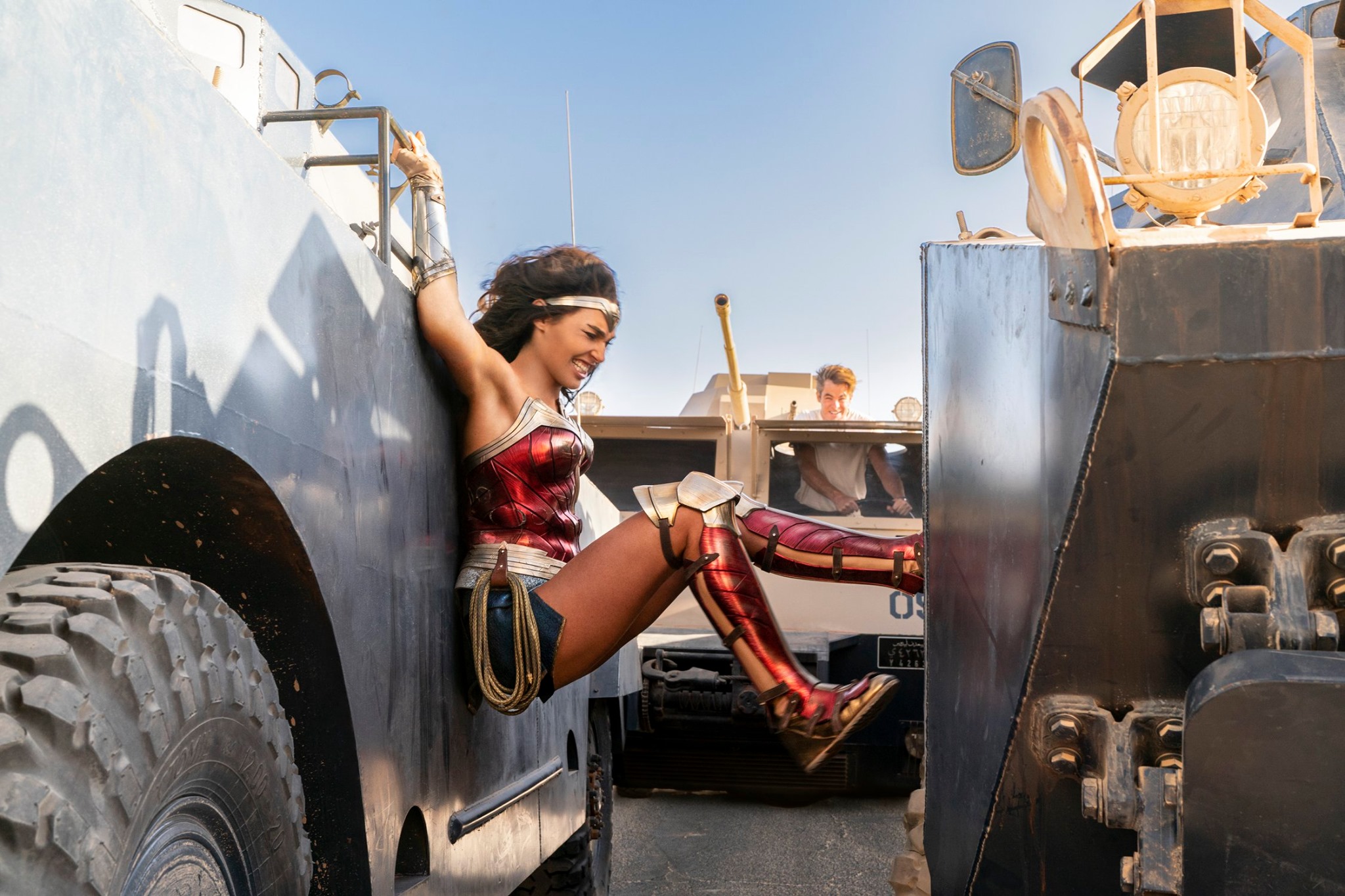 Written by Jake Davies
Published at 12:30 on 24 February 2021
Images by Wonder Woman UK on Facebook

Following three years and multiple delays thanks to the current COVID-19 pandemic, Wonder Woman 1984 was finally released back in December to little fanfare and mixed critical responses. The recent lockdown and the closure of cinemas nationwide has made it more difficult to see than you’d hope, but I can confirm that WW84 is another great movie from director Patty Jenkins. The stakes were high after the incredible success of 2017’s Wonder Woman and, while WW84 doesn’t quite reach the heights of its predecessor, it is still an excellent comic book movie in its own right.

Gal Gadot once again dons the lasso and tiara of Diana Prince, a role she has effortlessly made her own across her four cinematic appearances as the eponymous heroine. In this latest outing, we uncover greater depth to her character as the Amazonian struggles with her grief over the death of Steve Trevor (Chris Pine). Steve’s miraculous return allows us to explore these unresolved feelings in greater detail and witnessing Diana’s evolution from grief to acceptance is both rewarding and cathartic. The writers’ decision to bring Steve back is surprising but welcome, as this time our core couple find their roles reversed to great comedic effect, with Diana now the assured, world-weary leader whilst Steve plays the part of the wide-eyed wanderer in a strange place. The dynamic created produces some hilarious scenes, but Jenkins leaves room for intimate moments which remind us that this is a story about letting go and moving on.

As with any superhero flick, the film is only as good as its villain(s) and thankfully Maxwell Lord (Pedro Pascal) and Cheetah (Kristen Wiig) are no exception to this rule. Pascal clearly relishes the chaotic and larger-than-life egomaniac Lord, bringing charisma and charm to the role whilst the story simultaneously grounds him thanks to his familial ties. The role of his son and his struggles against toxic masculinity create a villain the audience can dislike yet quietly root for. Kristen Wiig is also excellent as Barbara Ann Minerva/Cheetah, a colleague of Diana’s who transforms from an awkward, loveable dork into a confident, vengeful creature in a tragic but predictable arc which opens strong but becomes side-lined in the final act. It’s disappointing that Cheetah’s debut is brought to such an abrupt end, but she acts as the ideal foil for Diana throughout and poses a very different threat than Maxwell Lord.

The strong cast and performances help to elevate a script which at times feels like DC playing it too safe. A straightforward plot centres on the hunt for a magical gizmo known as the Dreamstone, which grants the user any wish they desire, including Diana’s wish for Steve to ‘return.’ I couldn’t help but feel frustrated when Steve Trevor’s miraculous revival, which fans have been theorising over since the first trailers dropped, was explained away by a mystic MacGuffin which simply makes wishes come true à la the genie in Aladdin. While it cheapens the impact of his homecoming somewhat, it doesn’t derail the movie as a whole which goes from strength to strength as it builds towards an incredible climax.

And what a climax it is. When DC announced that this film would take place in 1984, long before the world supposedly knew of the existence of Wonder Woman in the DCEU, most fans (myself included) assumed this would result in a down-to-earth, small scale story in which our heroine attempts to avoid the spotlight. How wrong we all were. The third act effectively embraces the wackiness of the Dreamstone and uses this plot device to sew global chaos, which is either a veiled gag about protests and anarchy in the 80s or simply a bold choice from the screenwriters. Either way, the result is a fun, bombastic finale which leans more towards emotion than action, all whilst pushing the film’s core values – love and compassion, and their importance in shaping character. I have no idea how Diana managed to remain in hiding after her globe-trotting exploits here, but the ending is so neat and heart-warming that niggles such as this matter little.

Despite a relatively formulaic story centred around the Dreamstone, a plot device which is so straightforward that it can be hard to swallow, Patty Jenkins has managed to craft a cinematically beautiful and thoroughly enjoyable Wonder Woman film to rival her first. The era and its tropes are embraced on both script and screen, providing joyous nostalgia and escapism during a particular difficult pandemic period. Reinforced by powerful emotional journeys for Diana, Lord, and Cheetah which explore grief, parental pressures and empowerment respectively, Wonder Woman 1984 is one of the best entries in the DCEU and the perfect feel-good lockdown movie in these trying times.

Looking for more blockbuster hits? Try out these recommendations from Redbrick Film: