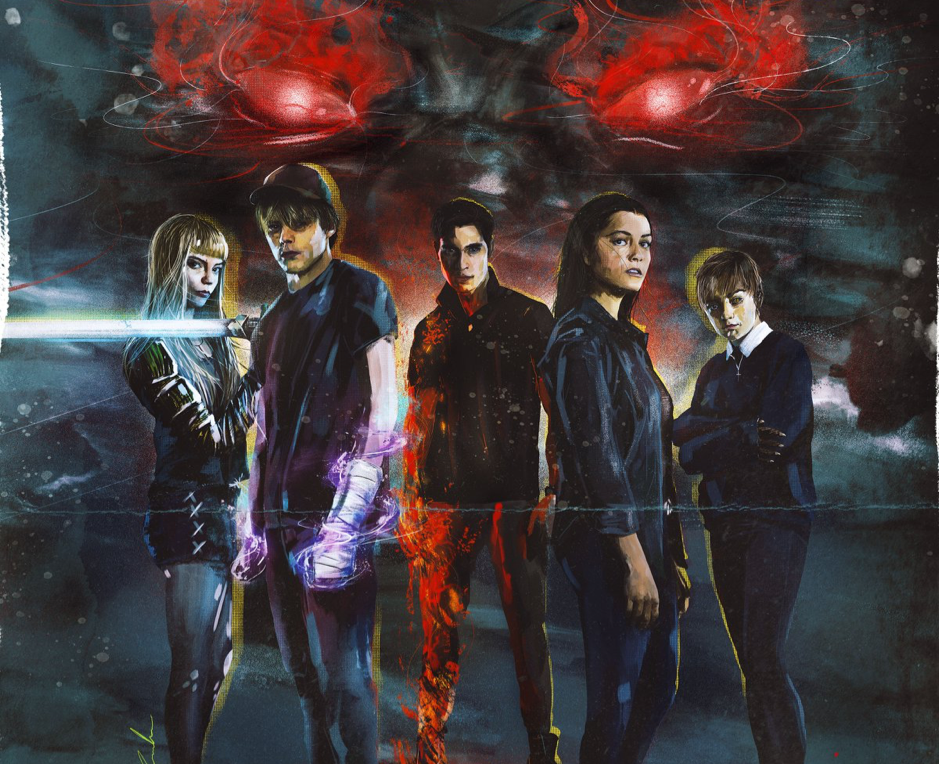 Written by Jake Davies
Published at 17:00 on 17 October 2020
Images by The New Mutants on Facebook

Before Disney spent $71.3 billion on the acquisition of 20th Century Fox in March 2019, Josh Boone’s The New Mutants was supposed to launch an exciting new direction for the ageing X-Men movie universe, a franchise which is now to be rebooted following Marvel’s reacquisition of the X-Men properties. Having now experienced the much-delayed superhero ‘horror’ flick for myself, I think it’s an awful shame that this vision will no longer become reality. More of a thriller than a horror, and despite the plot generally playing things safe, the characters, graphic visuals and darker themes explored in The New Mutants shows the untapped potential of this corner of the Marvel universe.

Taking inspiration from the comics’ ‘Demon Bear’ storyline, the film follows Danielle Moonstar (Blu Hunt), a Cheyenne Native American whose village is wiped out by an unknown entity. Awaking in handcuffs, Dani joins four dangerous young mutants being held captive at Milbury Hospital, a strange psychiatric facility for rehabilitating those with mutant powers. From here, the film shifts trajectory as we learn more about the grief that plagues each mutant and watch as they are all forced to face their deepest fears. These nightmarish sequences are intriguing and often genuinely unsettling, however the emotional moments within are revealed so gradually that it dramatically slows the pace of the movie – an issue which is only resolved by a strong and resonant finale.

The New Mutants themselves are the highlight of this standalone, particularly Anya Taylor-Joy’s Illyana Rasputin, arguably the most powerful of the group yet held back by haunting memories of her traumatic childhood. Her mildly grating Russian accent aside, Taylor-Joy commands the screen in the role, and it is fascinating to watch Illyana’s damaged psyche develop. Her petulance is later revealed to be a result of child abuse, one of the many darker themes which help to elevate the movie and differentiate it from its peers in the over-saturated superhero genre.

Rahne Sinclair (Maisie Williams), a young Scottish girl with the ability to transform into a wolf, was similarly abused and even physically branded by a Reverend she confided in at a young age. She and Danielle bond over their past traumas and develop a sweet romantic relationship, one of the few genuine and openly gay relationships I can recall in recent superhero movies. Crucially, the bond between the two doesn’t feel forced or shoehorned into the plot to tick a corporate inclusivity box, the actresses instead form authentic chemistry and connection between their characters which ultimately carries the film into its third act.

The other two mutants, Sam Guthrie (Charlie Heaton) and Roberto da Costa (Henry Zaga) are strong characters in their own right, with reservations about their powers due to mysterious incidents which are later explained, but the pair are sidelined in terms of development in favour of their female counterparts. The only major adult in the film, Alice Braga’s suspicious Dr Cecilia Reyes, is disarmingly kind and benevolent, but her unknown intentions and those of her superiors are a driving force in the search for answers which no doubt was intended to continue into potential sequels.

The search for answers here mirrors that of a similar ragtag group of young adults seen in The Breakfast Club, a film which Boone admits influenced his work here. In that coming of age classic, five stereotyped school kids bond over a day spent in detention together, similar to how the incarceration of these mutants forces them to overcome their differences and, in the process, bond. In both movies, the kids learn about each other’s pasts and recognise the similarities that bind them together. Stylistically, Boone lifts a lot from John Hughes’ timeless film, with one sequence in the second act almost directly imitating a scene from the 1985 cult comedy, working well when transferred into the comic context. The New Mutants recall their suffering, face their fears and unite against a common enemy, completing a satisfying arc which sets up an enigmatic team who could’ve excelled in future instalments.

Instead, we are left with a standalone, small scale film cast out by Marvel, released after its original universe had been discontinued. This works to The New Mutants’ benefit however, as the smaller cast and scale keeps the story grounded in its characters and unlike its X-Men predecessors, allows Boone to tighten the focus on story over action. That isn’t to say that what little action we are given here is poor. On the contrary, the visual effects and action sequences look great and their scarcity builds excitement for the triumphant moments when the young mutants finally utilise their various powers. For this reason alone The New Mutants is a far better film than the likes of X-Men: Apocalypse and the more recent Dark Phoenix, which makes it all the more disappointing that this sub-franchise was cut short before it had even taken flight.

The New Mutants succeeds more than it has any right to given the development hell it was trapped in. Its plot may be fairly straightforward and pacing issues certainly hold it back, but it still works as an entertaining introduction to a brilliant cast of characters. Its talented Native American lead and the strong, explicit same-sex relationship at its heart help The New Mutants breathe fresh life into a franchise two decades old and ready for change. It’s an even greater shame that its troubled history and release leaves it unlikely that these New Mutants will return to the silver screen any time soon.

The New Mutants is in cinemas now.

Looking for more blockbuster fare? Check out these articles from Redbrick Film: