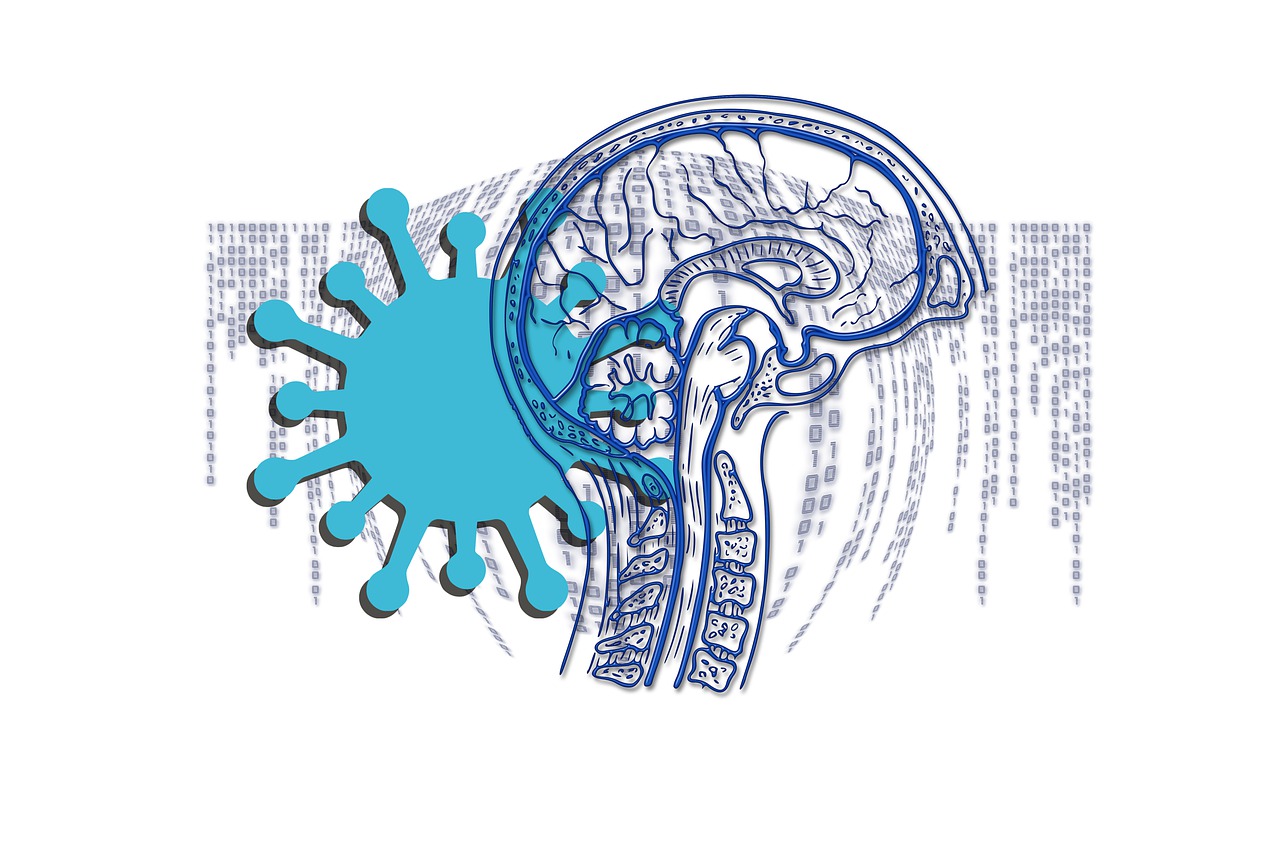 Food&Drink Editor Cara-Louise Scott reflects on the idea of the ‘Pandemic Brain’, arguing that lockdown has changed attitudes towards work, and has caused a widespread mental fatigue

Cara-Louise Scott
I am a first year English and creative writing student who loves reading, writing and travelling around! I am one of the current food and drink editors <3
Published at 17:00 on 17 July 2021
Images by geralt

With restrictions ending for what should be the last time, it is important to look back at how the lockdown has changed us all in many ways, with one notable thing standing out – the effect on working and our mental health. Being in a lockdown for months (three times) has shifted the way we view work and our ethic towards it. With less of us feeling motivated to work and more of us feeling stressed, psychologists have brought in a new phrase to describe these feelings – the pandemic brain.

The pandemic brain can be described as a fogginess and low-level depression that stems from being isolated and away from regular routines. A screening of over 300,000 adults by the U.S. Census Bureau found that American adults in Spring 2020 were over 3 times as likely to meet criteria for depressive and anxiety disorders, compared to the year before.

It has been said that in the weeks and months following the initial lockdown, people began to be unable to focus because of a ‘fog of forgetting’. It is suggested that these memory holes were an adaptive response to the long-term unknown of the future that the pandemic encroached on us.

Many people were working from home, which meant many meetings were on Zoom. This gave people the chance to take more breaks, wear their pyjama bottoms whilst on calls and have more free time without the commutes to and from work. Looking at a screen all day is known to make us feel fatigued, causing sleepiness, forgetfulness and lack of motivation. The pandemic brain has made us feel less motivated to do our jobs, and will probably cause a lot of people to rethink their career.

One group that have been particularly affected by the pandemic are students. Students had to endure online lessons for 16 months at home, mostly from the confinements of bedroom desks – a room that should be associated with sleeping and relaxation. This has caused a lack of motivation for students, and a lack of focus after hours of Zooms. Students are simply tired of online learning. The fact that we do not have to leave the house means that many of us will simply roll out of bed, chuck on comfortable clothing, forget to eat breakfast and enter the nine o’clock Zoom that we are somehow late for again.

A survey completed by a UK based agency found that more than seven in ten people experienced some form of video call anxiety. Some of us will want to keep our cameras off, but many lecturers will demand you to ‘put your cameras on unless you have a reason why you cannot’, promoting many to turn cameras on out of fear, rather than comfort. Additionally, I think we have all experienced the nervousness of turning on microphones, with the risk of talking over someone else, and perhaps an anxiety of being talked over ourselves. Zoom calls are certainly less predictable than their in-person counterparts, making speaking over the screen become oddly scary.

For first year students, such as myself, it has been a strange year to be able to socialise too, especially in classes where we were often meeting people for the first time. Breakout rooms can be quite awkward, especially if a lecturer bursts in when you are certainly not talking about the topic at hand. It has meant we have only got to know people through messaging outside the Zoom calls, and through being in Zoom calls together.

So where do we stand? As lockdown restrictions lift, there is certainly hope that we will be face-to-face again soon, but what effect will this pandemic have on people’s work lives and students returning to in-person teaching? There will be a lot of changes to get used to again, and perhaps there will still be an anxiety to be in-person again. The pandemic’s long-term effects are very much unknown for now, but if one thing is certain, it is that this pandemic brain should eventually shift as we ease ourselves back to the world we want to call normal.

Digital Detox: The Benefits of Reducing Your Screen Time

How Painting Became My Lockdown Lifeline

Hobbies in Lockdown: Beating the Pressure to Be Productive