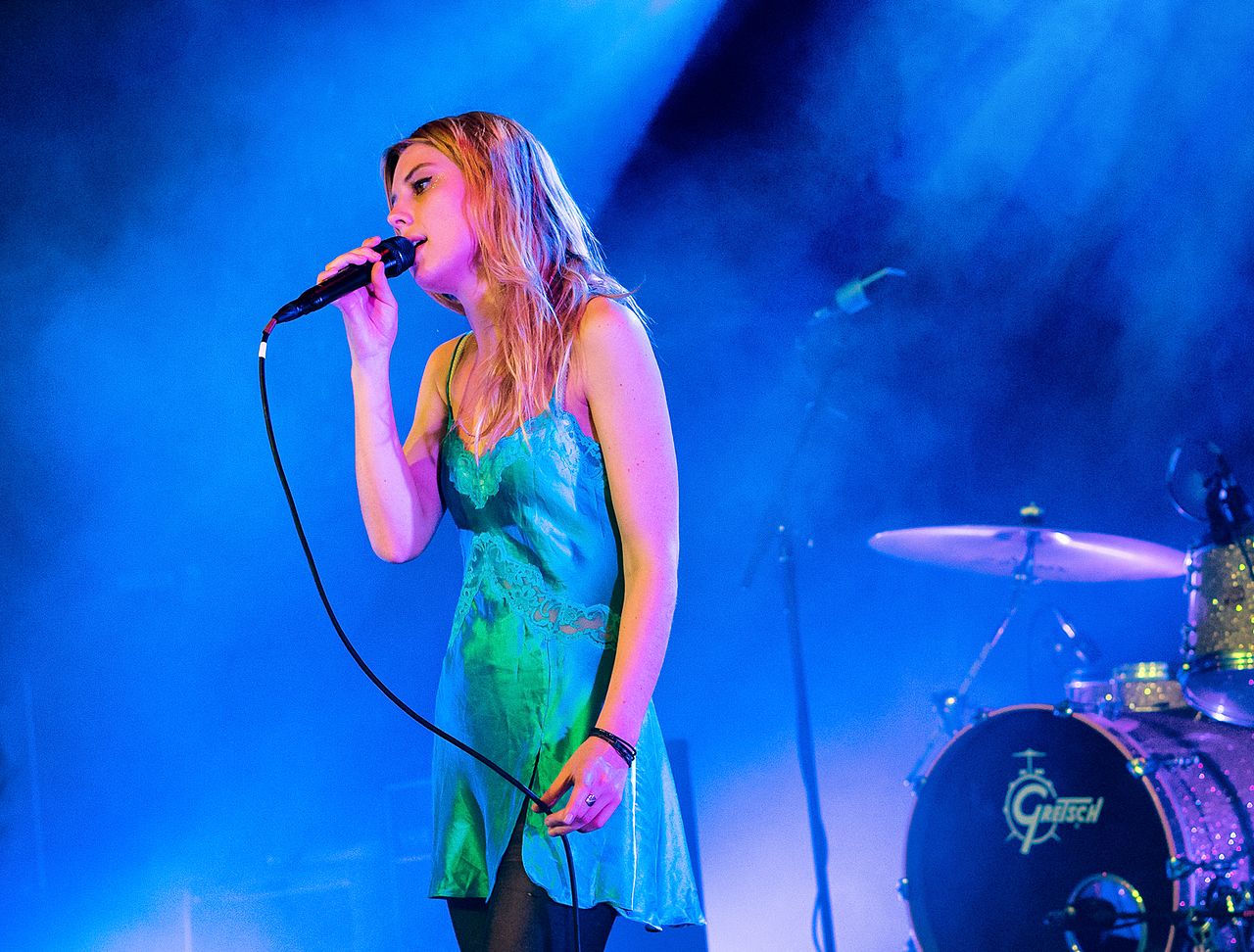 Almost four years after the release of their critically acclaimed second album Visions of a Life, Wolf Alice return to music with a burst of emotional poignancy and honesty in Blue Weekend. Blue Weekend is a journey through love, self-realisation and an openness to vulnerability. Though there is a range of sounds from synth ballads, grunge guitar riffs and stripped back acoustic and piano songs, the entire album feels complete with a softness and fragility within its production and lyricism. It feels honest, and that is really special.

In the making of Blue Weekend the band retreated to an Air BnB in Somerset and regrouped away from the business of touring, festivals and the studio. I think that this period of rest and rebuilding of their connection as a band is really prevalent within Blue Weekend, with some of Rowsell’s best song writing being on display in songs such as the lead single, ‘The Last Man on Earth.’ The poetics and storytelling of the lyrics and gentle vulnerability within the piano prove to be moving and emotive. Releasing this as the album’s lead single took their sound in a completely different direction to what we are used to from Wolf Alice. These are the moments on Blue Weekend that really stand out to me; when Wolf Alice lay everything out to bear.

Other singles from the album also stand to cement Wolf Alice’s newly acquired boldness. They seem to be taking themselves less seriously, and in doing so assert a sense of maturity and self-discovery within the album. The brashness of the guitars and lyrics such as ‘I am what I am and I’m good at it’ in ‘Smile’ punch out for their assured confidence. In the much gentler single ‘No Hard Feelings,’ the guitar bounces along with Rowsell’s vocals and presents a moment of clarity at the end of a relationship, where there is no tension and nothing more to be said.

There is a sense of clarity that encapsulates the entire album. It steps away from concerning itself with musical prowess (although that is still there) and instead seeks to find what it can feel. Opening the album with track ‘The Beach’ and the lyrics, ‘I close my eyes and imagine I’m not there,’ encapsulates and almost acts as a prelude to the emotional journey that Blue Weekend is entering. Concluding the album with ‘The Beach II,’ and the final lyrics ‘Happy ever after / It’s OK’ assert a clarity. It is almost as if Blue Weekend is Wolf Alice working through a realm of emotions and figuring it out as they go.

This album more than any other by Wolf Alice leans into themes of love and its emotional complexities. In the wistful and melancholic ‘Lipstick on the Glass,’ the idea of returning to a lover is delved into with all of the frustration and longing that comes along with this experience. Similarly, ‘Safe From Heartbreak (If you never fall in love)’ is a personal favourite of mine. Its simple, acoustic melody explores the vulnerability of heartbreak and closing yourself off from love. These two songs really stand out for their vulnerability and openness.

Blue Weekend sonically seems to lean towards the softer, and more dream-like elements of Wolf Alice’s sound. Breathy harmonies on ‘Feeling Myself’ and the delectable ease of drums and simple guitar strums on ‘Delicious Things’ showcase this wonderfully. The production on Blue Weekend seems higher than anything we have heard from Wolf Alice before, with more synths and echoey vocals pervading the soundscape of the album.

That being said, Wolf Alice never allow for Blue Weekend to settle entirely in this sound. ‘How Can I Make It OK’ begins as a gentle and soft reflection, but as the electric guitars and drums burst into the end of the song, it elevates into an outburst of frustration. This is the kind of song that you know would be amazing live, with the palpable building of energy throughout really standing out. ‘How Can I Make It OK’ then bridges the album into ‘Play the Greatest Hits,’ which is perhaps the most brash on the album. It is a bursting of energy, with grunge riffs and shouty vocals consuming the song. It is a cathartic moment, and here I think you can really hear the freedom with which Wolf Alice decided to approach the album; even if it does not suit the soundscape, it makes you feel something.

It is this emotional vulnerability and the openness to show cracks within themselves and their work that makes Blue Weekend so captivating for me. I do not think it is Wolf Alice’s best album. At times the sound is a little bit repetitive or not the most cohesive body but I do think it is their most honest and their most lyrically adept album. Blue Weekend is a really beautiful and vulnerable delve into emotion, into love and into the self and all of its complexities.