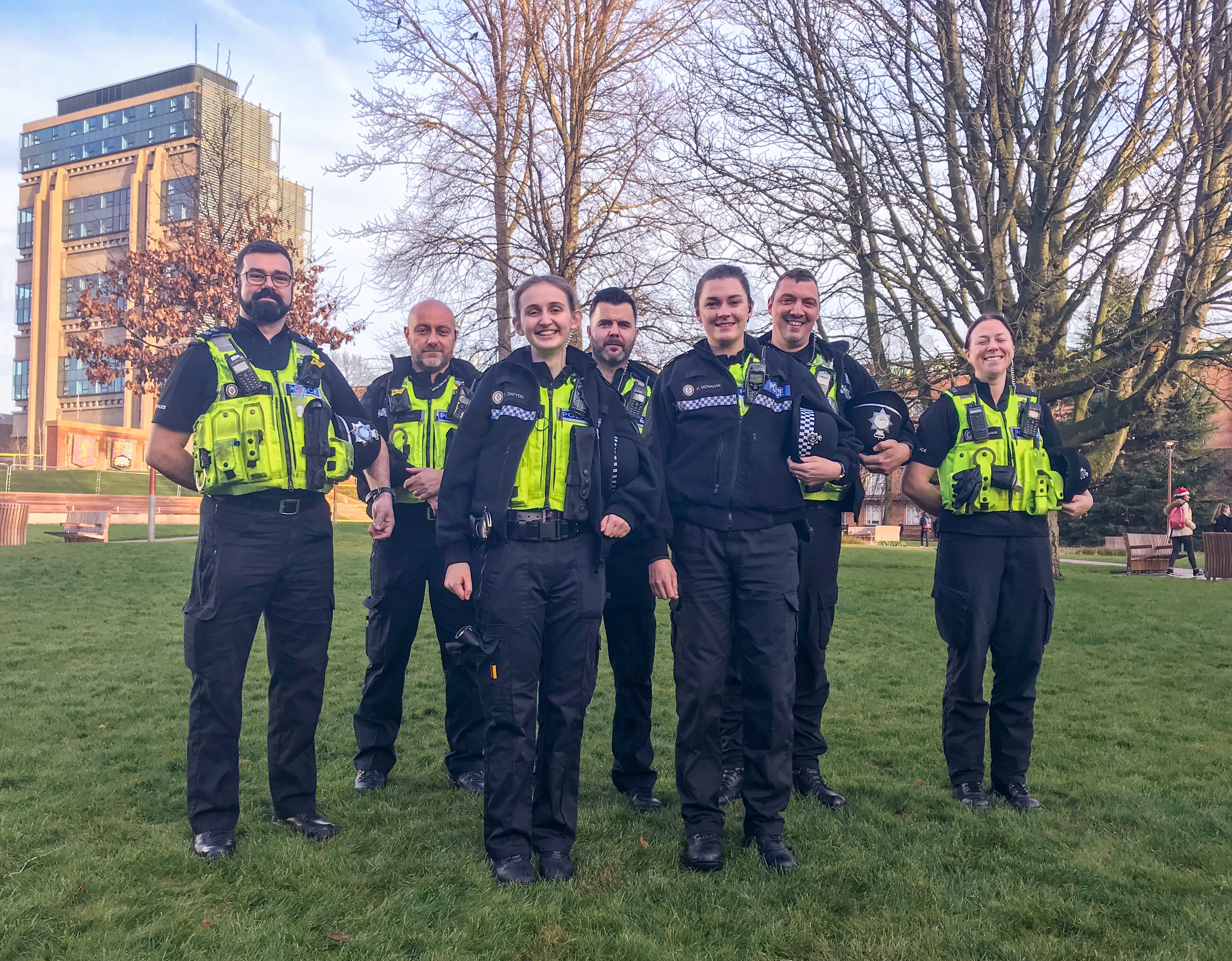 Aneesa Ahmed reports on the Blue Line scheme, which is being funded by the University of Birmingham in collaboration with West Midlands Police. Five current UoB students are volunteering as Special Police Constables

Aneesa Ahmed
News Editor
Published at 07:00 on 18 February 2019
Images by University in Birmingham

Five University of Birmingham students are working as Special Police Constables in Selly Oak and Edgbaston. The students are taking sabbatical from their studies to take up the role.

This is in response to the rise in safety concerns in the neighbourhoods surrounding UoB and the impact that this has on students at the University.

The Special Police Constables are in position until summer 2019 and are helping existing police officers with their work around the community.

The students started their roles as part of the ‘Blue Line’ scheme in October 2018 and are warranted officers with powers of arrest. Despite the role being voluntary, the students are receiving a bursary from UoB.

Special Constable Elliw Dafydd, who studies History and Politics, is enjoying the role, saying: ‘Blue Line is a great opportunity to see if I would like a career in policing. Every day is different and I get to interact with a lot of people. I see us as very much part of the local community; we provide crime prevention advice, and work with students to encourage them to report incidents to the police.’

Philosophy student Carys Butlin, who has also joined the scheme said: ‘We proactively target crime in our area. No two days are the same in this role; yesterday I went to a property to serve an arrest warrant in relation to a vehicle crime but on other days we patrol the neighbourhood and speak to people about their concerns.’

Each of the Blue Line officers is coached by a local PC. Elliw’s coach, PC Thomson, said: ‘I think the scheme has real value, as students are more likely to trust someone from their peer group.’

Campus police officer PC Richards said: ‘The Blue Line officers are loving the challenge, and although it’s not an easy transition to make, they seem to be handling it really well.’

UoB Director of Student Affairs Jon Elsmore said: ‘We have always had a close relationship with West Midlands Police, and this is the logical next step. The University is part of both Edgbaston and Selly Oak and we have a responsibility to contribute to our local communities. The Blue Line scheme allows us to give a group of students an opportunity to gain skills and experience the realities of policing, while contributing to the safety and security of their own neighbourhoods.’

The Special Constables receive the same level of support as any regular officer and have access to the West Midlands Police wellbeing services, supervisor support, mentoring, occupational health as well as all the relevant clubs and associations. They are also trained and skilled to handle anything and any situation that a regular officer would. For example, patrols, warrants, arrests, disorder, crimes, victim support and more.