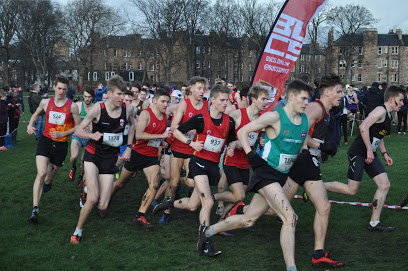 Sport Writer James reports from Edinburgh, where UOB athletics performed well in both the male and female events on their way to a podium finish.

Almost 2,000 athletes converged on Holyrood Park in Edinburgh last Saturday, to take part in the BUCS Cross Country Championships. A strong contingent from the University’s athletics club, BUAC, made the journey up to compete – no other university, bar the hosts Edinburgh, had more athletes racing.

The day started with the women’s Short Race, which was being contested for the first time at a BUCS Championships. Loughborough athletes came across the line in first and second, closely followed by BUAC’s Kate O’Neill, to secure the first medal of the day for the University.

Groups of three athletes contested the team competition for the women, and Maisie Grice and Yasmin Austridge rounded out the Birmingham A team, in sixth and 10th respectively, to win silver behind Loughborough.

Despite not achieving gold, the strength in depth possessed by Birmingham was evident, with nine athletes in the top 20, and seventeen in the top 50 finishers.

Next up was the men’s Short Race, and fast running was again on display. Ollie Newman was the first BUAC athlete home, a strong kick coming in handy as he finished fifth. Newman led a team consisting of Joe Hudson, Matt Rawlings, and European U20 800m champion Oliver Dustin into sixth place.

The third event of the day was the women’s Long Race, and Birmingham were well-fancied, having won silver at the 2019 edition in Exeter. Amelia Quirk, BUAC’s individual silver medallist from the year prior, was in the lead group through the first half lap. The group contained Anna Emilie Møller, the Danish 2019 winner, and Jess Judd, Quirk’s fellow British international. Møller and Judd pushed off the front with a lap gone, in a breakaway that would result in Møller’s eventual victory from Judd by 46 seconds. Jenny Nesbitt, running for Cardiff Metropolitan, came in for the bronze.

Quirk unfortunately fell around the halfway point, and despite attempting to rejoin the lead group, fell again and withdrew from the race.

With four athletes starting per university, and three to score in the team competition, the remaining three Birmingham athletes pushed on, Niamh Brown leading the trio home with a sprint finish for 11th. Sabrina Sinha led a group of four athletes home in 20th and Kate Palfreeman-Watt finished soon behind in 26th, with Birmingham finishing fifth team overall.

The racing finished with the men’s Long Race, and again Birmingham came in with high expectations, a strong team from the previous year bolstered by the addition of two British internationals in Mike Ward and Andy Heyes.

Solent’s Mahamed Mahamed led the race from the off, and after ripping one of his spikes midway, decided to push on from the lead pack as he did not want to be caught in a sprint finish. This proved to be the move that won the race as he secured a comfortable victory. Bangor’s Joe Steward took silver, 37 seconds behind, and was closely followed by Aston’s Jay Rossiter, who trains with Birmingham, for bronze.

There was excellent news for BUAC away from Edinburgh, as first-year Thomas Keen ran a personal best by more than 2.5 seconds at the Vienna Indoor Classic, breaking the indoor British under-20 1,500 metres record. Keen’s time, 3:41.44, was over a full second faster than the previous record, which had stood for seven years.