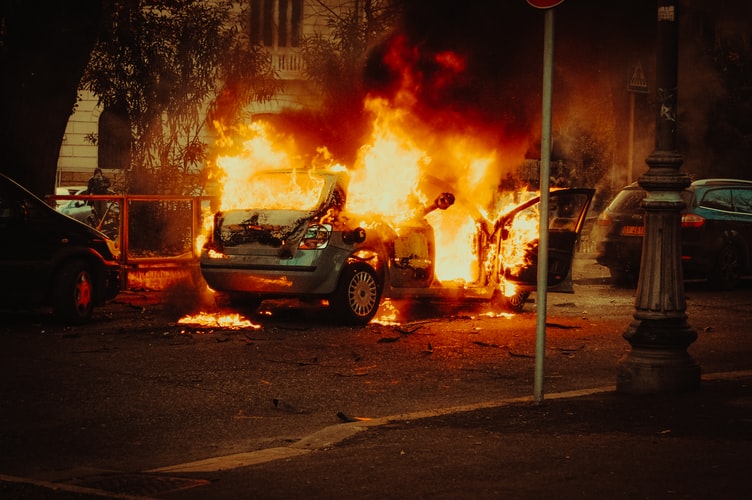 Two Cars Per Day Set on Fire in Brum

Two cars are victims of arson every day in the West Midlands, reports Ella Kipling

Ella Kipling
Published at 18:00 on 13 November 2019
Images by Flavio Gasperini

While this is a drop from the 868 deliberate vehicle fires in the previous year, this comes at a time where the fire service is facing ongoing cuts to their workforce, and the Fire Brigade Union (FBU) warns that this could mean fire fighters are less able to respond quickly to car arson.

FBU general secretary, Mike Wrack said, ‘deliberately caused fires put the lives of firefighters and members of the public at risk, and use up precious time and resources’.

Nationally, in 2018/19 firefighters were called out to 10,254 deliberate vehicle fires, which is also a decrease from the 11,166 in the previous year.

Last month, West Midlands police released footage of a man throwing a petrol bomb at a car. The video shows a man on Third Avenue in Bordesley Green at 5am on the September 24th attempting to throw the bomb at a Honda Accord, however it bounces off, hitting another car which sets alight immediately.

The man is said to have returned the next day to finish the job, setting the Honda on fire as well.