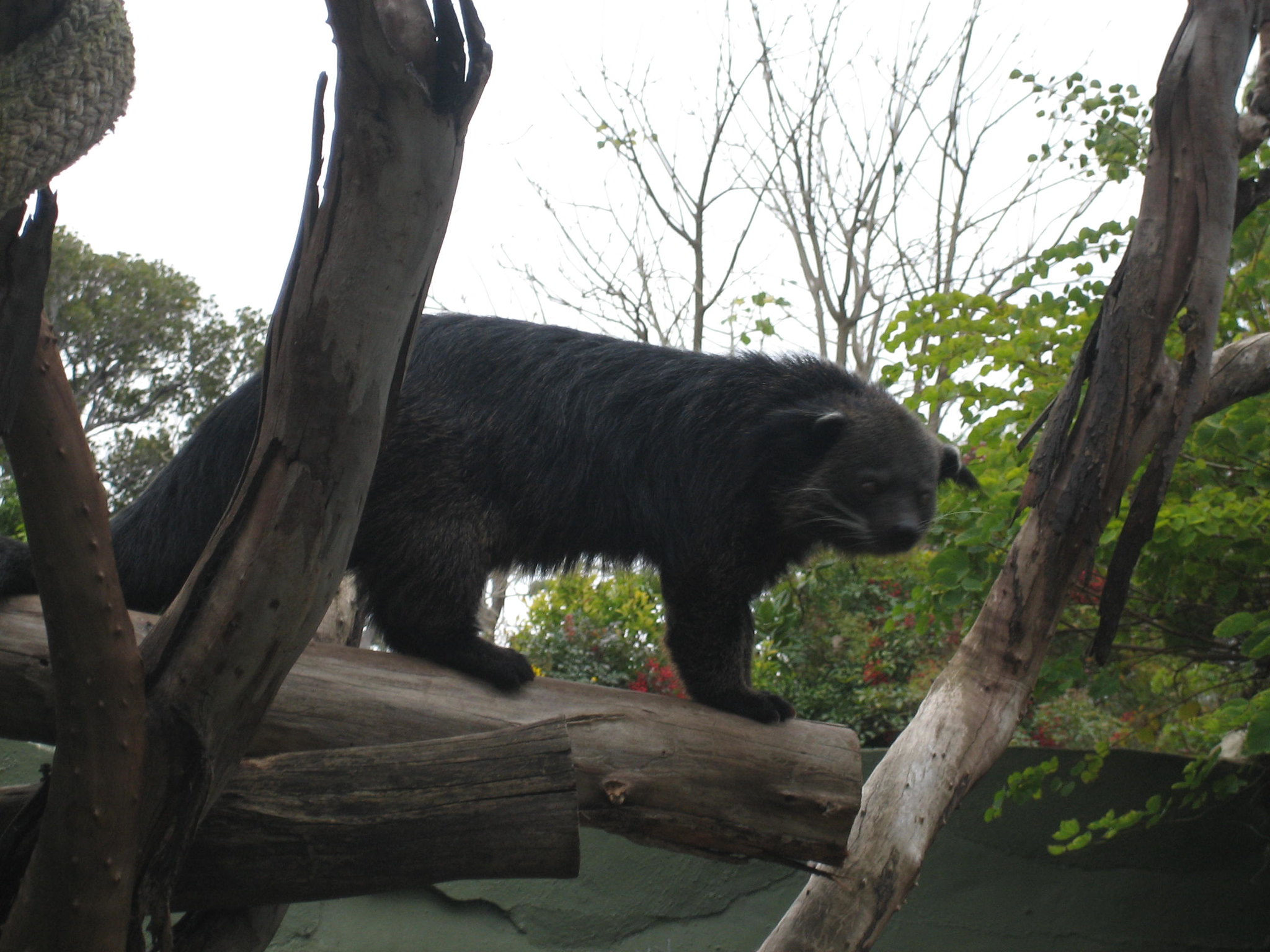 The Binturong, also called a Bearcat by people who think its body resembles a bear and who have clearly never seen a cat, lives in the trees in the jungles of Southeast Asia. The creature has a huge black brush of a prehensile tail, almost as long as the head and body.

Binturongs use this tail to communicate feelings such as aggression and will also often pee on their tail and use it to paint their territory with their scent.

This would perhaps be less than endearing were it not for the fact that the Binturong’s scent glands, which are located by their genitals, create a smell that happens to be exactly the same as that of freshly made popcorn.

Largely solitary creatures, Binturongs generally only meet up to mate. While part of the Carnivora order, they are unfussy eaters and mainly eat fruit.

They are traditional pets of the Orang Asli people of Malaysia, but there are also people who kill them for fur, food, or for use in traditional medicine. They are mainly threatened, however, by deforestation. They are listed as vulnerable in some areas and endangered in others.

There are some small steps we could all take to support the conservation of this animal, such as sponsoring the Binturong at Birmingham Wildlife Conservation Park in Cannon Hill Park. If we want to protect all Binturongs and their right to life in their natural habitat, however, we must challenge the economic consensus that sees the land belonging to these animals as resources for human exploitation.