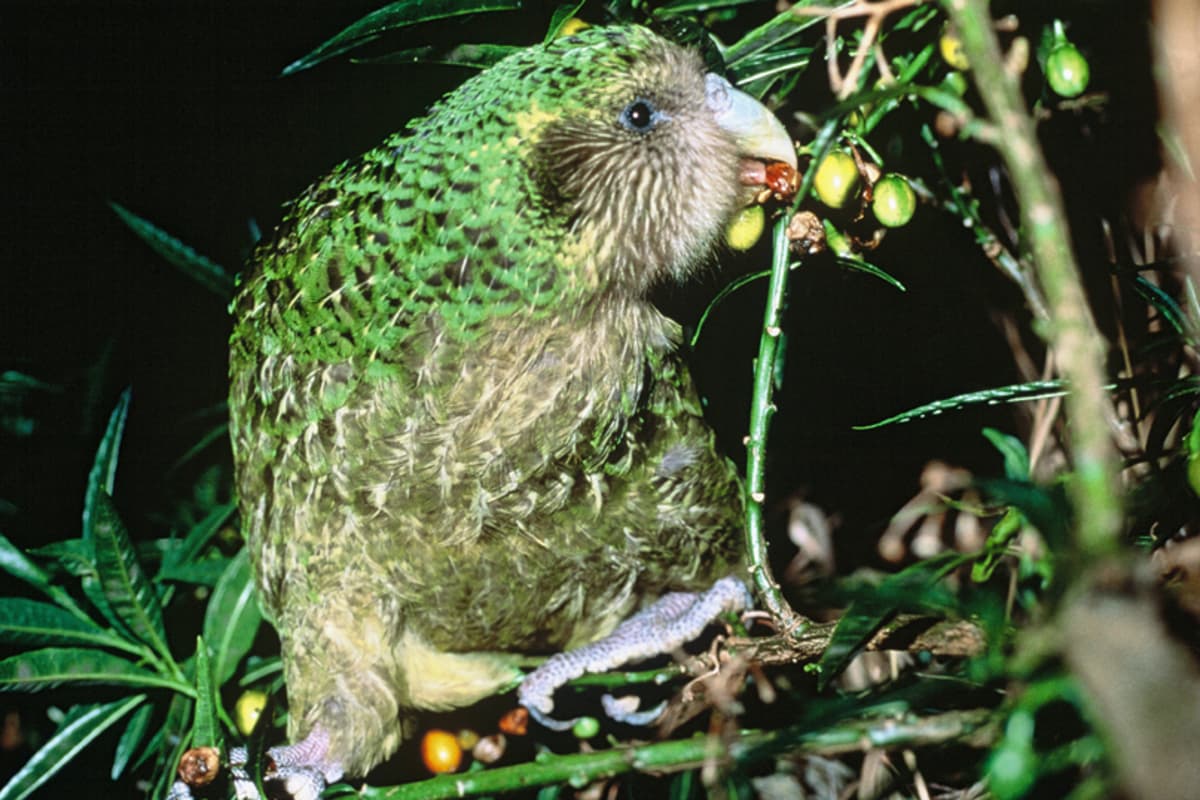 Sci&Tech Writer Beth Grayson discusses a rather unusual, and endangered, species of parrot

Written by Beth Grayson
Published at 12:30 on 30 January 2020
Images by Department of Conservation

The kakapo (Strigops habroptilus), also known as the ‘owl parrot’ due to its owl-like face, is a species of parrot native to New Zealand that holds the title of the only flightless parrot in the world. It is also the world’s heaviest parrot, weighing between 4 and 9 pounds, as well as possibly one of the longest-lived with a life expectancy of over 90 years! This unique ground-dwelling bird has strong legs that allow it to move around efficiently and even climb trees, which it roosts in during the day as it is nocturnal – another unusual trait for a parrot.

The Kakapo is known for being friendly – they have been kept as pets in the past and even wild Kakapos have been observed climbing on and preening people! Unfortunately, despite their friendliness and likeability, Kakapos are endangered with only 211 known living adults on record. They were once common across the whole of New Zealand, but were almost entirely wiped out by Māori and European settlers who destroyed much of their habitat and introduced predators such as cats, rats and stoats.

Thankfully a Kakapo Recovery Plan was implemented in the 1990s that relocated Kakapos to predator-free islands for them to breed in a safe environment, with supplementary feeding provided by the recovery programme to encourage health and successful breeding. This recovery plan was successful in preventing extinction, but the Kakapo is still listed as critically endangered and continued protection is necessary to keep the population growing.

If you are interested in learning more about the efforts towards saving this wonderful bird from endangerment, zoologist and Kakapo expert Alison Balance runs a popular podcast called the Kakapo Files which you can listen to at rnz.co.nz/programmes/kakapo-files