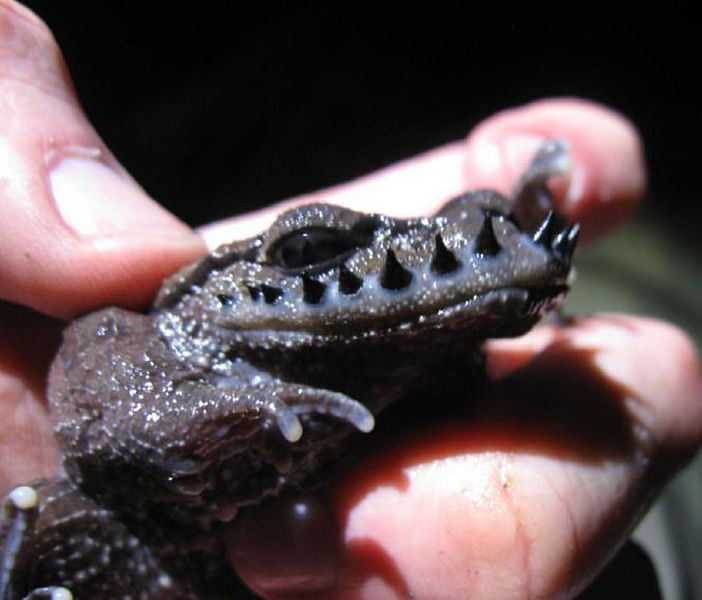 Native to the Sichuan, Guizhou, and Hunan provinces of China, leptobrachium boringii– also known as the moustache toad – lives in a large scope of natural habitats. These include grass lands, temperate forests and close to rivers. However, their mating style is considerably more specific. Threatened by a loss of habitat, these otherwise normal looking amphibians grow up to 16 ‘keratinized nuptial spines’ during the mating season. Sitting on the toads’ upper lips, these spines resemble a spiked moustache – not too dissimilar to the spiked hair of teenage boys in the ’90s.

Like that ’90s hair, the moustache is a form of male on male combat to win themselves a female mate. These fights involve the male toads attempting to stab their rivals with their pointy protrusions. Males of this species are often larger than females.