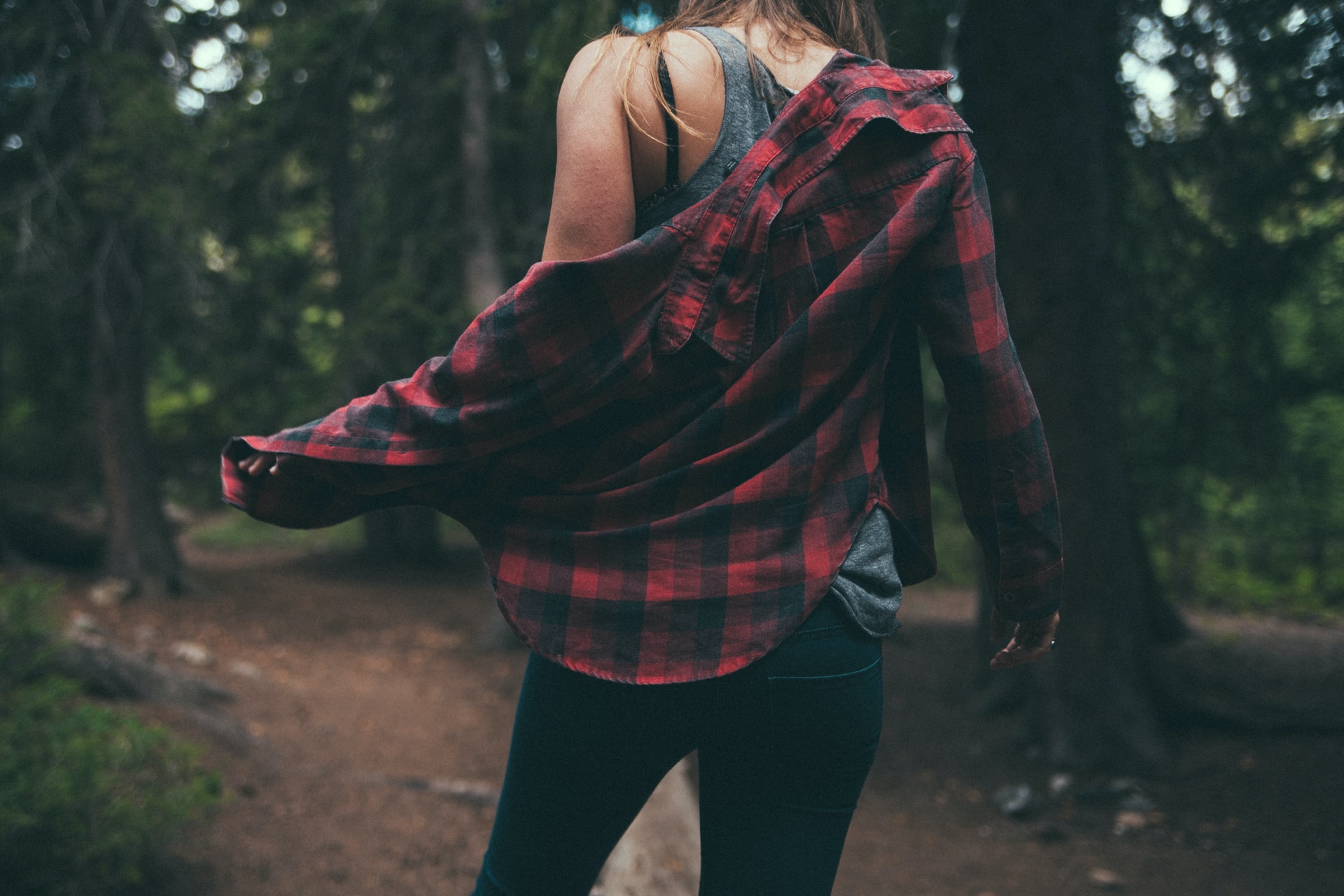 Written by Zenna Hussain
Published at 09:00 on 4 July 2022
Images by Benjamin Combs

Sapphics have used everything from violets to monocles to flannels to communicate their queerness in a world where it was not always safe to do so. The growing commercialisation of queer fashion, pride month spouting a slew of ever-gaudy rainbow graphics, and lesbian style being relatively generic all contribute to a sort of  ‘fashion confusion’. Fundamentalist Christians and lesbians have an uncanny likeness, made obvious when TikTok Christian rock singer Olivia Leach became viral on lesbian TikTok. Christian women’s fashion as a whole have a great overlap with the casual lesbian style– flannel, loose hair, minimal make-up.

While lesbian fashion is frequently worn with the desire for countercultural expression, this is a risky generalisation for all those who wear that style. In Mormon communities, the Bible Belt of the United States or more traditional communities in England, it is considered a sign of connection to God and modesty.

The increasing commercialisation of the LGBTQ community suggests that seeming queer is becoming  fashionable. Celebrities such as Zendaya and Kendall Jenner have popularised the suit for straight women, while men such as Jaden Smith and Harry Styles rely largely on a queer-coded, androgenous style that market them as non-threatening and anti-patriarchal. Unlike these celebrities, Christian women do not profit from the fashion mix-up of Christians with sapphics. Yet, the underlying tensions between the queer and Christian communities make this unlikely comparison all the more striking.

Sapphic fashion frequently defies strict gender boundaries by blending femininity and masculinity in an act of gender nonconformity. In a world that celebrates masculinity, Christian fashion is all about promoting ideas of womanhood, tight gender norms, and heteronormativity. The fashion objective of modesty is conservative– to assist men in protecting their virtue, and so their ‘not dressing for the male gaze’ simply appeals to men in a different way than sexuality. They act similarly to ‘pick-me girls’ who reject traditional notions of femininity and denigrate other women who embrace them. While lesbian fashion arose out of a need for political and sexual rebellion, with style and identity inextricably interwoven, fundamental Christians utilise fashion to draw closer to God.

Sapphic fashion strongly focuses on fashion as an identifier, with clothes and accessories acting as a series of communicators to signal to potential partners and other queer people in a way that would not alert heterosexuals, and more importantly, homophobes. Fashion has generated its own cultural history with a plethora of ‘gender’ expressions lying on a spectrum of queerness: butch, femme, ‘lipstick’ and ‘Chapstick’ lesbians.

Femme lesbians, for example, use hyper-femininity such as flowy dresses and quirky earrings as deliberate fashion choices to highlight queerness. However, this may be reductive and hurtful in and of itself, as lesbians can be pressured to fit into the labels femme or butch based on whatever stereotypes they fit at the time.

An alleged ‘gaydar’ due to stylistic choices can present problems for gay persons of colour, who are often invisible, or deemed ‘not gay enough’, thus less likely to be able to find and identify other sapphics and build those essential community-building ties. Having to appear gay, i.e. having short hair, wearing flannels or being clearly out, causes and perpetuates the homogenisation and whitewashing of queerness.

White queerness has been aestheticised into a hegemony– Phoebe Bridgers, Doc Martens, and lavender oat-milk coffee have all become symbols of queerness. Ignoring that whiteness underlies these ‘codes’ make it and queerness become almost indistinguishable. Queer-coded fashion such as cottage-core lesbians and fairy-core bisexuals have lately gained popularity on apps like TikTok, expanding the matrix of styles under the umbrella of (white) queer fashion.

This can be aggravating when despite these women of colour are rarely regarded as gay enough, yet fundamental Christians could be mistakenly perceived as gay, despite their likely homophobic views. Sapphics of colour may be accused of remaining in the closet if they do not fit into the restricted ideals of lesbianism, and change the way they present, but fundamental Christians may also be accused of hiding in the closet if they dress as they do.

Olivia Leach, a Christian singer-songwriter who went viral on TikTok, was bombarded by the LGBT community and accused of being closeted due to her modest wardrobe of cargo pants and an oversized button up shirt, who claimed that she was suppressed and closeted because of her religion. Despite the use of fashion as an identifying tool, the perception appears to have altered that certain clothing choices necessarily denotes lesbianism, a belief that essentialises queerness and will only inevitably hinder progress.

While sapphics and fundamentalist Christians have a more relaxed way of dressing, both described as owing to a ‘lack of the male gaze’, Christians use fashion to honour God, dress modestly in order to attract men and differentiate themselves from other ‘loose’ women. Sapphics are the only ones with the goal of removing themselves from male attraction entirely. Their fashion is a means to connect with the past and present lesbian communities while embracing the freedom of expression living in a more accepting environment. Both dress for themselves and their community, yes, but their relationship to each other are not without fraught histories.

Fashion has long been used as a means of self-expression and mutual identification, but opening up the queer bubble onto its oppressors can cause tangible harm. While it may be disrespectful to assume that someone is closeted, an indisputable truth is that many slacks-wearing Evangelicals contribute to institutional and interpersonal homophobia. Not only is there a historical distrust between the two groups, conflating them based on fashion sense alone inadvertently absolves these Christians of their bigotry.

More than an Aesthetic– Cottagecore and Queerness