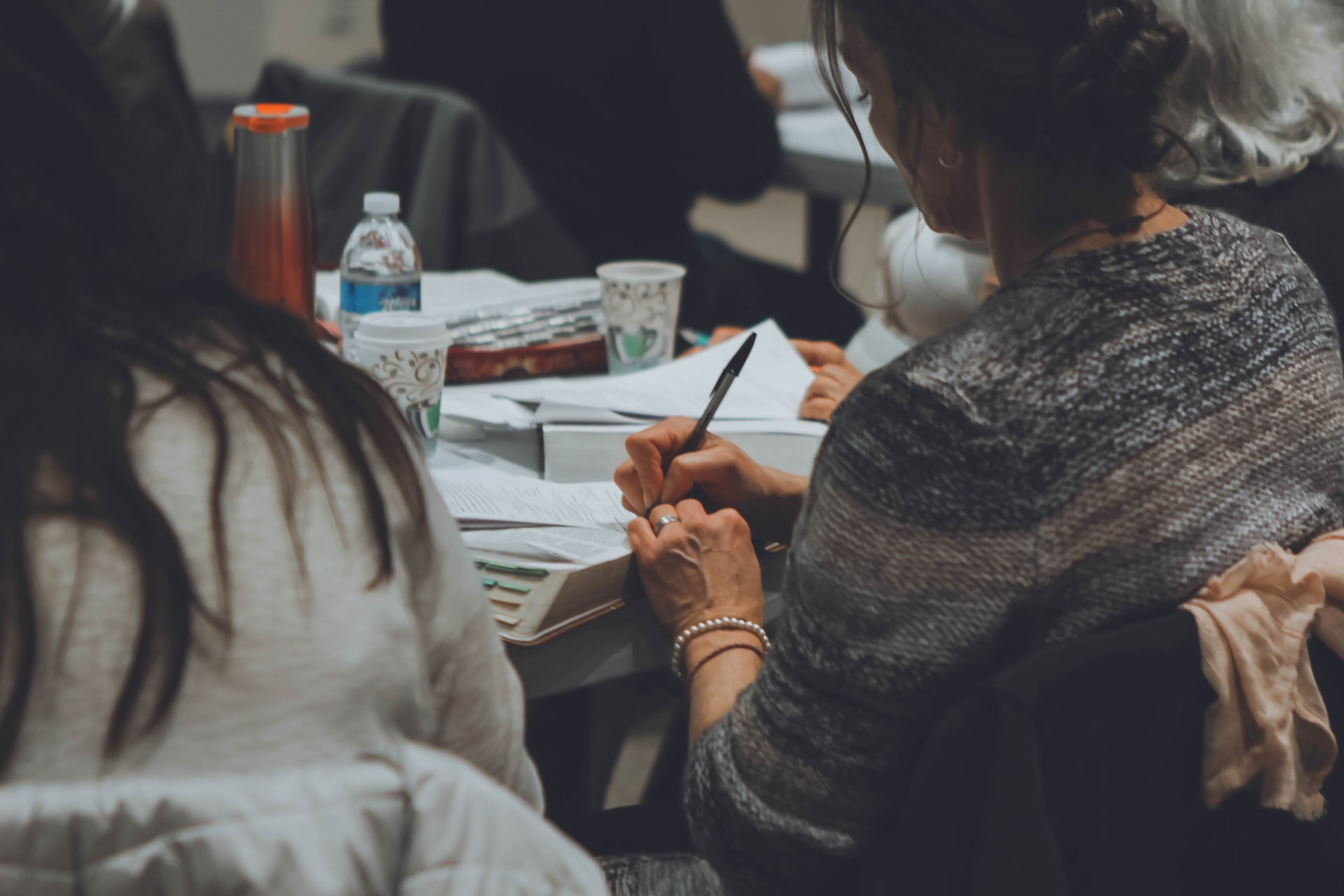 Comment Writer Thomas Barry discusses the modern relevance of IQ tests, their flaws, and whether they can truly be used as a means of determining a person’s intelligence

Written by Thomas Barry
History student at the University of Birmingham
Published at 09:00 on 5 July 2022
Images by Anna Earl

It is something many of us have performed at least once in our lives, usually out of a sense of some self-indulgent curiosity. When we get our results, only one thing is affected: our ego. It can either inflate our ego and satisfy our beliefs in our intellectual greatness, or it can deliver a truly heavy blow to the gut that is cured solely by retaking the test as many times as necessary until a more attractive score appears.

It could be argued that, done right and under the right circumstances, IQ can be immensely useful. This is what Jordan Peterson has presented in a lecture to students over the link between IQ and jobs. For some context, Jordan Peterson is a Canadian emeritus Professor of Psychology who in recent years has become an immensely prominent and controversial figure on the socio–cultural state of North America with his opinions receiving highly polemical responses, both in celebration and condemnation. I feel that it is worth establishing that for this article, I will not be engaging in the debate on whether he is worth listening to or not, but rather I will solely be critiquing his interpretation of how IQ should be used and from this recommending how intelligence can be better understood.

With that made clear, Peterson’s interpretation is as follows; IQ is helpful in helping one determine what job best suits them based on the extent of their comprehensive intelligence.  To Peterson, jobs scale with IQ based upon their responsibility, variability in tasks, and conscientiousness. He argues that those with a higher IQ will be more comfortable with jobs requiring more responsibility as they have a greater stress tolerance; will prefer jobs with greater work hours as they are ‘hyper-conscientious’; and will be more likely to enjoy jobs that have less repetition and more variability due to being quick to understand tasks and are able to make fast logical conclusions on problems that are presented to them. For those with a lower IQ, this is reversed.

Peterson makes an interesting argument, and certainly provides a more modernised perspective on the value of IQ; but I believe he has misinterpreted the proper function of IQ and by extension neglects both what intelligence is and how it can best be enhanced.

In my opinion, IQ and Intelligence are not one of the same: one is static and is essentially pseudo-science, and the other is something unintelligible and constantly changing and evolving.  Recent neuroscientific research reinforces this, with evidence proving that the human brain does not merely develop from birth to puberty then degrade, nor does it possess a pre-existing limit of ‘intelligence’, but rather operates to no real timescale and can evolve or devolve at any age depending on its activity.

As noted by Professor Christopher M. Filley, the brain consists of, at the very least, one hundred billion neurones and one trillion synapses, and other research has proven that when intellectually stimulated, the brain will always grow neurones to be more efficient on what it is stimulated by, no matter one’s age (though it does get less efficient as one gets older). Modern neuroscience thus proves that intelligence is not a static thing and this revelation is key to my interpretation of how intelligence should really be understood.

To me, intelligence can best be understood as neither a pre-established framework that determines someone’s mental ability nor an unchangeable quality, but a by-product born from an active process we all inadvertently engage with whenever we actively think; I call this the “journey towards intellectual self-actualisation”. This is the process through which an individual becomes more intelligent by actively engaging with a mentally stimulating activity that leads their brain to develop new neurones. The more neurones developed on a particular activity, the more intelligent the individual becomes surrounding that activity. Likewise, the more diverse stimulating activities engaged with, the more diversely intelligent the individual becomes. It is the meritocratic progression of the mind.

But where in this does IQ play a role, if any? Well, from building upon Peterson’s interpretation and making a different conclusion; IQ is a useful quantifiable method for those who have no idea of what career to go into, or are “intellectually stuck” (in the sense that they do not know if they are more analytical or creative and the sub-categories that fall under them). IQ, guided by Peterson’s interpretation, helps one decide where their next steps should lead them to and brings them back towards the “journey towards intellectual self-actualisation”, which is what will actually make them more intelligent. IQ therefore helps provide a quantifiable, and therefore conceivable, starting point for those who desperately need that enabling hand because it gives them a sense of their present intellectual state, though a very poor representation of it.

What makes IQ such a poor representation of intelligence is that it is a pseudo-science that has no genuine correlation to intelligence and is prey to being the egotist’s plaything. For the former, IQ has historically been used as a way of condemning those with neurodivergent qualities to being deemed as inferior and damned to the European-wide eugenics project of the early twentieth century. IQ examines solely the extent of one’s logical and analytical abilities which makes it a foolish oversimplification in assessing intelligence.

It is for this very reason that IQ very often falls prey to one’s ego, with IQ being popularly associated with intelligence, whereby the higher the IQ score, the more “objectively” intelligent the individual is (like exam grades). But it is so very easy to cheat, both online and in person. When online one can just open a new tab to find the answer or re-sit it over and over again until a more attractive score is acquired; and in person the test can be studied for in order to get a better score. Either way, treated in isolation, IQ is merely the shallow façade of what intelligence really is.

When in isolation, IQ is the perfect example of why intelligence is so often misunderstood and academically undetermined. It is always oversimplified and reduced to merely the lowest common denominator. This is why the “journey towards intellectual self-actualisation” is an important concept to, at the very least, ruminate over. It is an idea that combines the rationalism of the sciences and the ability of Philosophy to determine the unintelligible. It provides an answer, but not one that puts intelligence in a straightjacket. The science behind it has already been explained and provides half the answer, but its philosophy is what provides the other half whilst simultaneously being what keeps intelligence out of a straightjacket. In my mind, the “journey towards intellectual self-actualisation” is predicated upon the two philosophical concepts of tabula rasa and innate genius.

Tabula rasa is the Lockian concept that astutely notes how our intelligence is inevitably defined by experiences and external factors (like our quality of education, nutrition, social environment et cetera) and depending on how good these are, can affect how well we can actually properly express our innate genius. The second, the innate genius, is my altered version of the philosophical ideal of the Romanticists – the Cult of Genius – which deemed that in creative people there is an inner brilliance that allows them to give birth to the unique and wonderful art they create. This art, in my view, contrary to what the Romanticists believed, does not have to be a piece of classical art like poetry, music, or prose, but quite literally anything so long as it comes from ‘within’ or is born from one’s passion(s).

Moreover, whereas the Cult of Genius was restricted to solely artists, the innate genius is something everyone possesses and is unique to them. Both of these philosophical forms are inextricably linked because it is tabula rasa that shapes the nature, vividness, form and purpose of the “art” that is born from our innate genius. This “art” we produce is thus the manifestation of our intelligence; it is the product that comes from us progressing along the “journey towards intellectual self-actualisation”; with it either staying the same in form but becoming simpler at a glance yet more beautifully-complex upon closer inspection, or with it radically changing in form due to us discovering something new that excites our innate genius.

Ultimately, then, by building off from Peterson’s interpretation and engaging with modern neuroscience, I believe that IQ only remains useful in the modern day if it is used solely to aid those who desperately need assistance orientating themselves onto the “journey towards intellectual self-actualisation”. Other than this, IQ serves no purpose beside becoming the egotist’s plaything and has no role in proving one’s intelligence. The only thing that can is the “art” we produce and the neurones we grow from progressing through the “journey towards intellectual self-actualisation”.

The Importance of Non-Violent Climate Activism

So, You Want to Run For Elected Office?