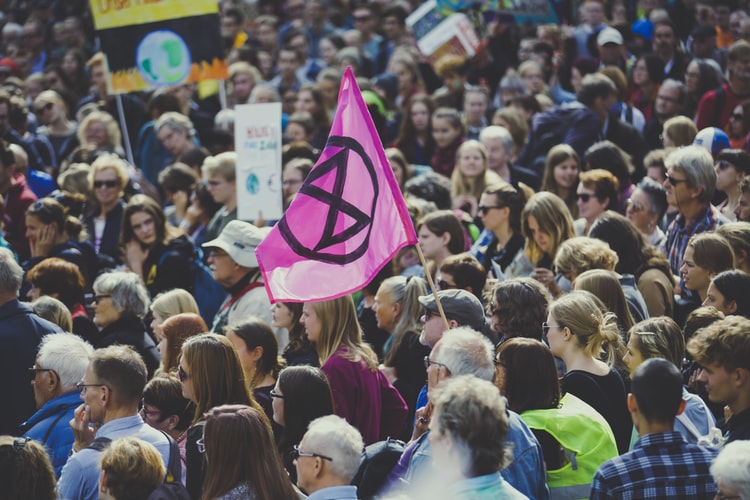 UoB XR have voted to disassociate from the Guild of Students

The University of Birmingham Extinction Rebellion group announced that they have voted to disaffiliate from the Guild of Students.

The post read: ‘At our general meeting yesterday, XR UoB voted to discontinue our affiliation with the Guild of Students.

‘If we had continued our involvement, we would have been limited in what action we could take on campus. Members of the committee may have also been liable for individual rebel’s actions.

‘Having spoken to other student and staff groups we also have concerns over the bureaucracy and limitations imposed on groups by the Guild.’

As the Guild explained that the committee would be held responsible for the actions of any UoB ‘rebels’ on campus under the name of XR UoB, the group became concerned that this would put international students on the committee with Tier four visas at risk.

They have engaged in activities on campus, such as flyering, as well as running teach-outs during the recent UCU strike and joining in with the climate strikes in Birmingham city centre.

In a statement sent to Redbrick, the group outlined their desire to continue to be active on campus and in a wider capacity:

‘Going forward, XR UoB will continue to grow through means of genuine community organising. We will continue to collaborate with other student & staff bodies/groups on campus to bring about the transformational change that’s so desperately needed.

‘We hope that our decision will inspire other students and Student Groups to not [accept] the closed doors way in which the Guild operates, and instead rise up for a fully democratic, transparent and accountable Guild of Students.’

A spokesperson for the Guild of Students told Redbrick: ‘Extinction Rebellion as a movement encourages civil disobedience, and does not expressly condemn the breaking of the law- the Guild as a registered charity must at all times stay within the law.

‘Committee members of student groups are responsible for the actions of their members. This is right in order to ensure that members are safe in their activity. Actions of a group are the responsibility of the Guild as a charity.

The Guild respects the right of students to choose the activity they undertake, but all activity must be consistent with the law. We are consistently trying to improve processes for Student Groups to support their activity as demonstrated by extensive student consultation and recent Super AGM. I would encourage any students who wish to ensure accountability and democracy in the Guild to give feedback on the ongoing work into the Guild’s democratic processes.’