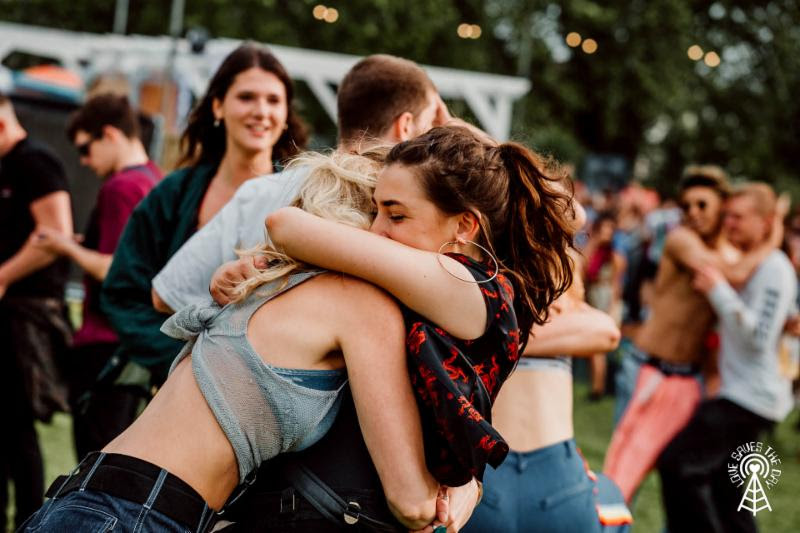 Love Saves The Day 2019 is a staple event for the UK festival season, Rebecca Payton writes

Written by Rebecca Payton
Published at 07:00 on 30 June 2019
Images by Alastair Brookes

Now in its 8th year, Love Saves The Day has cemented itself as a go-to for the beginning of the UK festival season. Within the boundaries of Bristol’s Eastville Park, it has struck a unique balance of charismatic pop chart-toppers, house and techno big-hitters and the ever-growing energy of bass and rap music in an almost perfect manner. The strong line-up is complemented by impressive production, reasonable on-site prices and an efficient, friendly security process to help produce that distinctly joyful, loved-up and youthful atmosphere which resonates every year.

Ross from Friends’ hazy house tunes in the sweltering Paradiso tent was a highlight of Saturday. The lead producer Felix Wetherall enlisted the skills of live saxophonist and keys player John Dunk alongside electric guitarist Jed Hampson to form the band, which has ever-growing international resonance. Warm lo-fi vibes kept the crowd moving throughout the eclectic set and the trio ended on ‘Talk to Me You’ll Understand’, a song that filled the greenhouse-style tent with an overriding sense of togetherness and unified voices.

The explosive London-based rapper Kojey Radical stepped-up the energy as the sun started going down over Eastville Park on Saturday evening. As a multi-genre creative he is continually pushing the boundaries of poetry, rap and the visual arts through his performances, and is steadily gaining greater recognition for his efforts. Radical is someone I can’t wait to see more of in the future.

Throughout Saturday I caught an inspiring array of artists, with Gideon, Palms Trax, Lil Simz, Antal and Artwork soundtracking the hot summer evening and readying me for Sunday-funday. But naturally, in the headline slot, Lily Allen drew a huge sing-along crowd. Allen’s unapologetic character and classic bangers made for a model Love Saves The Day performance and a great way to close the day. My 10 year old self could only dream of being surrounded by thousands of people who all knew the words to ‘Smile’, with a beer in hand dancing at the back of the crowd.

HAAi stood out for her eclectic techno choices on the centre stage on Sunday. The Australian DJ was clearly having a great time, cutting some mad shapes behind the decks to which the crowd could only respond with some of the biggest energy I felt over the weekend. Centre Stage, with its impressive wrap-around space and rainbow block design, was taken over by Mella Dee and Denis Sulta later in the day, who guided some of Love Saves The Day‘s most lively audiences into the night. I cannot wait to follow HAAi further in her career and I hope she continues that attractive dynamism in her sets.

Over in the packed-out Paradiso stage, Chaos in the CBD, DJ Seinfeld and Peggy Gou took the crowd on a journey from Sunday afternoon grooving to sweat-inducing, fist pumping euphoria. As expected following Peggy Gou’s rampant world domination, she drew a huge, chanting, excitable crowd. ‘Peggy, Peggy, Peggy F***ing Gou’ rang around the tent and I can only admire her ability to hold a crowd’s attention and must praise the path that she has laid for aspiring female DJs like myself.

Bonobo closed Love Saves The Day 2019 for me in the Paradiso tent with one of the greatest, most engaging visual sets I have seen for a long time. The crowd was in awe of the British musician, who took us on a journey from his melancholic, downtempo earlier work to colossal, arms-in-the-air house and techno cuts.

Yet one act stole the show: Slowthai. The Northampton-born rapper owned Love Saves The Day with a snarling, aggressive performance to rival any seasoned act. Bolting through hot material from his debut album ‘Nothing Great About Britain’ in the sweat-box of Saturday afternoon, the experimental punk-trap-rap songs rang like classics. Such insaciable energy and huge tunes have marked the artist as an unmissable character for any line-up and ‘Nothing Great About Britain’, despite being released just a couple of weeks before the festival is my undisputed soundtrack of summer 2019 – an album speaking up for my generation.