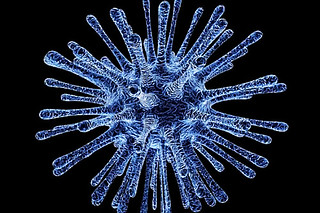 A Harborne resident, previously thought to have coronavirus after a trip to Wuhan over Christmas, has been declared free of the disease

A Birmingham man suspected of having the coronavirus has been given the all-clear.

The Harborne resident, Drew Bennet, had travelled to the Chinese city of Wuhan over Christmas, returning to the UK on the 31st December. Upon returning, he had suffered from what he thought to be a bad case of the flu. After going to his GP in January, Mr Bennet had been sent home before being taken to the Queen Elizabeth Hospital by medics in biohazard suits. After the appropriate tests had been carried out, Mr Bennet was informed that he did not have the virus.

The virus is believed to have originated in Wuhan, China. This particular form of coronavirus, known as novel coronavirus (2019-nCoV), causes flu-like symptoms, such as a cough, high temperature and difficulty breathing. As of 5th February, there have been 24,348 confirmed cases in China, the majority of which are centred around Hubei Province. Outside of China, there have been 236 confirmed cases of the coronavirus.

While people of all ages can be infected by the virus, older people and those with pre-existing medical conditions, such as asthma or diabetes, are more susceptible to becoming severely ill. The NHS have issued advice regarding the spread of the coronavirus, recommending that people ensure they maintain performance of hygienic practices such as hand washing. They have also recommended a policy of self-isolation to those who have returned from Hubei Province in the last fourteen days, and advised that these individuals contact NHS 111 immediately. For those who have travelled from other parts of China, the advice is to self-isolate only if the individual begins to exhibit flu-like symptoms.

In response to the spread of the virus, the World Health Organisation (WHO) have declared the outbreak to be a ‘public health emergency of international concern.’ In their statement from 31st January, WHO reported the belief that ‘it is still possible to interrupt virus spread, provided that countries put in place strong measures to detect disease early, isolate and treat cases, trace contacts, and promote social distancing measures commensurate with the risk.’

While there have been 203 suspected cases reported in Britain as of 1st February, only two of these have actually been confirmed. The other 201 have been cleared. The Chief Medical Officer, Professor Chris Whitty, has released a statement regarding the two confirmed cases of the coronavirus in the UK: ‘We can confirm that two patients in England, who are members of the same family, have tested positive for coronavirus. The patients are receiving specialist NHS care, and we are using tried and tested infection control procedures to prevent further spread of the virus.’

‘We have been preparing for UK cases of novel coronavirus and we have robust infection control measures in place to respond immediately. We are continuing to work closely with the World Health Organization and the international community as the outbreak in China develops to ensure we are ready for all eventualities.’

There have also been accusations that continued fear of contracting the novel coronavirus has encouraged unjustified racist sentiment towards the east Asian population. Speaking to The Guardian, one British-Chinese woman noted: ‘The virus is being weaponised as a way to be openly racist – the French media have already called it “yellow peril” – as if there isn’t a bigger health threat from parents who won’t vaccinate their kids.’ She also spoke about how the fear of the virus has affected her personally: ‘People have openly moved away from me on the train. Fear for me is having half my family in quarantine in Wuhan – the hysterical fear that many in western countries have is quite insulting to me.’

Many others have also expressed concern over how normalised this type of racism may become. The University of California, Berkeley, has recently offered apologies via Twitter for an Instagram post in which they named xenophobia as a ‘normal’ reaction to the spread of the virus. It is believed widely that social media has a prominent part to play in the rapid spread of false information and racist stereotypes.

The University of Birmingham has remained in contact with students regarding the outbreaks, communicating via email. They have advised both staff and students against any non-essential travel to China until further notice, and have provided information to students which is in line with government and WHO recommendations.