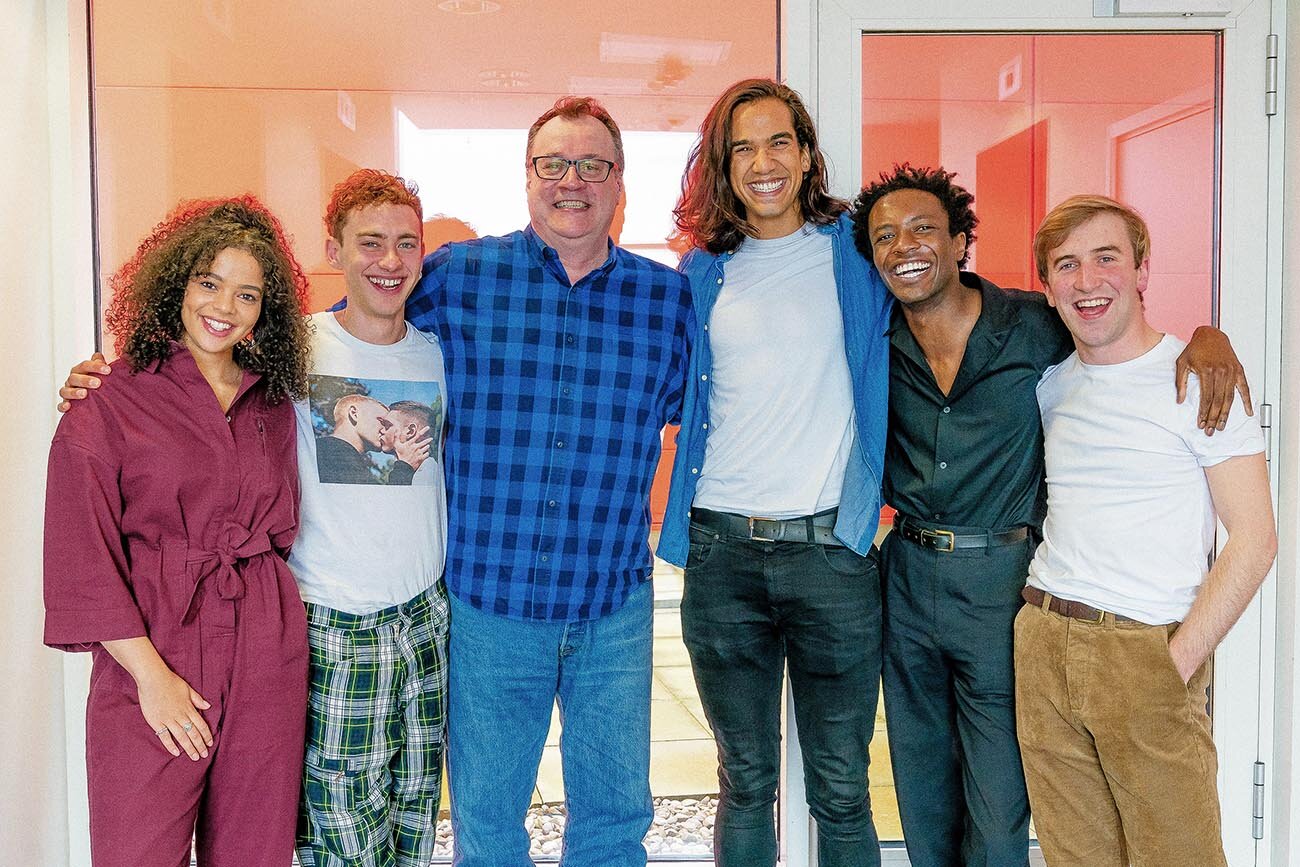 To mark LGBTQ+ History Month in the UK, TV Writer Kitty Grant takes us through how Russell T Davies’s shows have changed the landscape of British television, from Queer As Folk to It’s A Sin

Russell T. Davies has been an important figure in television since the early ‘90s, from highlighting the lives of gay men in Queer as Folk to reviving Doctor Who, he has changed the landscape of British TV. With the recent popularity of his latest series, It’s a Sin, and to celebrate LGBTQ+ history month I will be looking at some of his most significant works that highlight the lives of LGBTQ+ individuals.

Queer as Folk was not the first show on British television to include gay characters, but it was pioneering in make them the stars. Queer as Folk follows the lives of three gay men in Manchester in the late ‘90s as they navigate friendships, sex, and family in a time when section 28 was still in place and the age of consent between two men was higher than for heterosexual couples. Watching Queer as Folk feels like observing a moment in queer history when the AIDS epidemic was still fresh, and before gay marriage or even civil partnerships were made legal in the UK, but as hope for the future was emerging. Queer as Folk is not just about queer history, it is queer history.

You don’t have to be a Doctor Who fan to watch Davies’ spin-off which follows the staff of the Torchwood Institute as they save the world from the many monsters that apparently occupy 21st century Cardiff. Torchwood first aired while Davies was the showrunner of Doctor Who, and puts a more adult spin on the family-friendly show, focusing on the lives of those who work for Torchwood as much as the aliens they fight. The show particularly focuses on the immortal, bisexual, time agent Captain Jack Harkness (John Barrowman) who will flirt with just about anyone, regardless of gender, age, or even planet of origin.

After 15 years of cut ties with Channel 4 following disputes regarding Queer as Folk, Davies returned to the network with the drama series Cucumber. Like Queer as Folk, Cucumber is set in Manchester, this time following middle-aged Henry (Vincent Franklin) as he leaves a nine-year relationship and tries to find who he is on his own. Each episode of Cucumber is accompanied by an episode of Banana, which follows a minor character introduced in Cucumber, telling stories from different perspectives within the LGBTQ+ community.  Though Cucumber did not receive the same mainstream success as some shows on this list, it is perhaps the most human, with the flaws of each of its characters at its core. While each show can be watched alone, I would recommend watching the two together.

Both Available on All4

Based on a real political scandal of the 1970s, A Very English Scandal is about the relationship between Norman Scott (Ben Whishaw) leader of the Liberal Party and Jeremy Thorpe (Hugh Grant). It follows Thorpe’s failed arranged murder of Scott, and the subsequent court case. Davis adds humour to the real-life events that are equally disturbing and ridiculous, and the chemistry between Grant and Whishaw adds to the brilliant script (although it does make watching Paddington 2…different). A Very English Scandal is both a fun watch and a reminder of a dark moment in British LGBTQ+ history.

Davies’ latest drama It’s a Sin takes a look at the AIDS crisis, partly inspired by his own experiences as a gay man during the 1980s. Though the show was filmed before the COVID-19 pandemic, many aspects feel eerily familiar, such as the feelings of denial, fear, and hopelessness many of us have experienced over the past year. But It’s a Sin is not just about the disease, it is about the people who lived through the AIDS epidemic. It’s a Sin will make you laugh as much as it will make you cry, and is an important reminder that the heart of LGBTQ+ history is the people in the community.