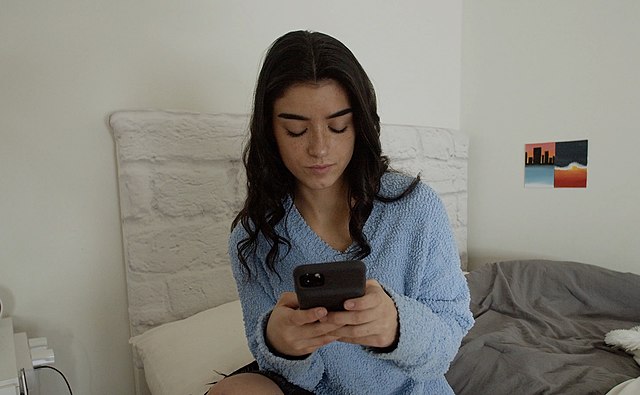 Digital Editor Tamzin Meyer reflects on the idea of ‘cancel culture’, arguing that it is damaging in the short-term, and ineffective in the long-term

The phrase ‘cancel culture’ brings about so many problems. For those who are unfamiliar with the term, the phrase ‘cancelled’ is often used by millennials when referring to somebody in the public eye who has done something socially unacceptable. Due to their actions, they are deemed no longer relevant, and therefore lose a lot of their fans in the process. Some would view this as a way to hold celebrities accountable for their actions, making them face up to consequences. Whilst this may be a short term solution, it is apparent that the ‘cancelling’ of somebody does more harm than good.

The celebrities most frequently targeted are often Youtubers, who may have done something controversial. Much of Youtube’s audience consists of children and young adults, which is why it is important for Youtubers to set a good example, acting as role models for the impressionable, younger generations. They should not be able to get away with things just because they are famous, but at the same time, a line has to be drawn. My problem is that the word ‘cancelled’ is used flippantly, each day seeing another name added to the ever-growing list.

If the phrase is used left, right and centre then its meaning is bound to be lost; those involved in a small feud with a fellow Youtuber end up being placed under the same bracket as those involved in inappropriate sexual activities. It loses meaning completely. If the term ‘cancelling’ must be used at all, this should probably be limited to those who have done something that they certainly cannot come back from. This way, we are able to understand the severity of their actions. So many people jump on the bandwagon and view ‘cancel culture’ as a trend, with many not even knowing exactly why they are ‘cancelling’ somebody. But if you take a step back, is it really cool to ‘cancel’ someone?

Admittedly, the ‘cancelling’ of someone is usually only temporary and, arguably, allows celebrities to learn from their mistakes, showing them what they are risking. The whole situation will usually be blown over and forgotten about within a couple of months. However, the short term ‘cancelling’ of someone can cause Hell for those who are targeted. All of a sudden we are living in a generation that is ‘cancelling’ people more than they are cancelling tabs on a computer. The major difference between humans and computers, however, is that humans have emotions; a sudden boycott of all their fans can be enough to completely destroy somebody. It does not matter whether ‘cancelling’ is a short-term warning – the reality of ‘cancel culture’ becomes all too real. Without warning, a celebrity finds their whole life turned upside down; they have lost thousands of social media followers, their merchandise sales have dropped and their video views are at rock bottom. They might even be trending on Twitter for all the wrong reasons. In that moment, everything is lost and the star is left shaken as to how to regain their reputation. It’s easy to share social media posts telling friends to ‘cancel’ somebody, but this is arguably a form of trolling that seeks to bring somebody down.

Let’s not forget that everybody makes mistakes – stars who are still teenagers are becoming victims of ‘cancel culture’, which is bound to have damaging effects on their mental health. There’s nothing wrong in facing the consequences of your actions but when millions of people are against you, it can be expected to take a toll – especially if it is over a simple misunderstanding. Tiktok stars Charli and Dixie D’Amelio were quickly ‘cancelled’ by fans in 2020, being accused of being disrespectful to their chef by criticising their food. However, it was later discovered that it was all a staged prank which fans were unaware of. Many people who were unaware of the D’Amelios before they were ‘cancelled’ were talking about them in a negative light. Millions of people were spreading false information, which, for a seventeen and nineteen year old, was bound to be overwhelming. Luckily for the sisters, they were able to regain their fans’ trust, with their story highlighting how important it is to do your research before being taken in by ‘cancel culture’.

Whilst ‘cancel culture’ has a devastating short-term impact on stars who may be undeserving of this criticism, it is ironic that, in the long-term, the ‘cancelling’ of someone is very short-lived. Stars who have genuinely acted inappropriately or have not learned from their past mistakes are easily forgiven, when they should be more severely punished. Singer Doja Cat, was ‘cancelled’ twice after upsetting Nicki Minaj fans and making a racist comment, yet still survived with her reputation intact. Racism should not be condoned, but thanks to the short-term memory of the Internet, this case was unfortunately quickly forgotten.

Arguably, the most notable of ‘cancelled’ stars is Youtuber and Beauty Guru, James Charles. The makeup artist has been ‘cancelled’ many times, which begs the question … how many times does it take to end a career? Charles has clearly never learnt from his mistakes, with the phrase ‘cancelling’ no longer holding any meaning for him. Throughout his career, he has been involved in allegations surrounding transphobia and racism, to name just a couple, yet with 25 million Youtube subscribers, I would say that Charles’ career is still going strong.

If celebrities are clever, they can even use their altered status to their advantage. To have the media talking about them is an inherently positive thing for celebrities who love being in the spotlight. Those who have never heard of the star will be searching for them and watching their videos to find out as much as they can about the situation.

‘Cancel culture’ is clearly a phase that holds no real long-term meaning yet has the power to ruin someone’s life for a couple of months. The perfect solution to this would simply be to only use the term ‘cancelled’ in serious situations, so that the term poses more of a threat to those who have genuinely done wrong. The public can then be reassured that the target of ‘cancel culture’ is deserving of the consequences of their actions.