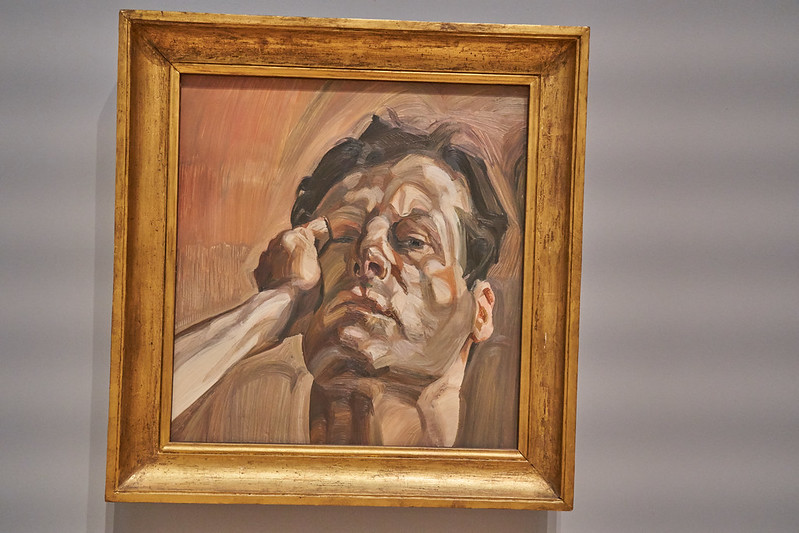 Written by Nadia Sommella
Published at 11:00 on 17 January 2020
Images by Graeme Churchyard , Flickr

Freud is a name well-known amongst university students, but no, this is not the Freud that made us rethink our whole childhood when we read about the Oedipus complex. This is Sigmund Freud’s grandson, a British figurative painter who had a prolific output over the twentieth century. This exhibition was held in London at the Royal Academy of Art and is running until January 26th.

Its focus is on Freud’s self-portraits, a subject that fascinated him throughout his career. Of course, there is always a practical element to this obsession with self. One’s own face is a subject an artist is always guaranteed to have with them. It is a subject the artist is familiar with, and yet it is always changing. In fact, capturing one’s own likeness may be the most difficult challenge of portrait artists. Yet a self-portrait reveals a lot about the artist themselves, their emotions, their intentions, their opinion of themselves.

The exhibition is not cheap, a ticket will put you back £16, or £14 if you’re a student, a discount that when compared to the Tate’s scheme for young people (where all exhibitions are reduced to £5) is laughable. But Freud’s work is best seen up close, in real life, and I would argue it was worth the expense. The chronological layout of the exhibition all while focusing on a singular subject (the artist himself) allows you to see and truly appreciate the development of Freud’s painting style.

The shift in his handling of paint is staggering. While Freud’s early work is flat and linear, large almond-eyed figures with pale skin and dark outlines, there is some sense of his signature colour palette emerging. As Freud’s work goes on his brushstrokes become looser, his application of paint thicker and more three-dimensional. By the end of the exhibition the paint is so thick on the canvas you can look at it from the side and see it protrude into the air.

This change demonstrates Freud’s growing confidence as an artist, but also, when put into the context of self-portraiture, seems to parallel his own ageing process. Freud depicts his younger self with smooth delicacy. As he approaches his middle-ages his application is strong and forceful, with angular sweeping strokes. Depictions of Freud in his old age the paint is applied to thickly it appears to crumble, to take on the texture of his own ageing skin. A self-portrait, as illustrated by Freud, is both a subject of continuity and constant change.