Man! I Feel Like a Man – Masculinity in the Modern World 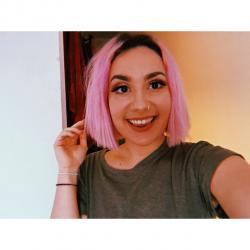 caitlinjsteele
Published at 07:00 on 6 January 2019
Images by geralt

The concept of masculinity is difficult to pinpoint accurately. Everyone knows vaguely what we mean when describing something as masculine, yet we struggle to isolate its essence. When providing synonyms for masculinity, Google states ‘virility, vigour, strength and toughness.’ But what makes these traits masculine? Are these traits solely associated with masculinity, or are they also associated with femininity? How do we define masculinity nowadays, and is it important that we continue to do so? There are many questions about what masculinity is, and how we define it will largely remain unique to each individual.

However, in terms of what masculinity isn’t, Piers Morgan has provided us with a great example. A few weeks ago, he tweeted that papooses were emasculating, specifically referencing a photo of Daniel Craig carrying his child. When pressed for further clarification by general users of Twitter, Morgan stated papooses are ‘emasculating, embarrassing and unnecessary.’ A papoose hardly seems intrinsically linked to one’s identity, and thus wearing one hardly seems likely to strip a man of his. In fact, wearing one seems to perfectly embody virility – strength, energy and a strong sex drive all seem accurate conclusions to be drawn here. While holding such strong opinions on papooses seems odd anyway (they had never even crossed my mind before I began this article), Morgan embodies an inability to accept anything outside his box. If he does not wish to wear one, no one will make him – nor, in fact, will anyone likely notice. However, condemning those who do wear them as losing the essence of their masculinity demonstrates an ironic insecurity.

The concept of masculinity comes with its own issues. Take, for example, the aforementioned examples provided by Google. In themselves, they seem relatively harmless – ‘strong’ and ‘tough’ are not inherently bad things to be. The way in which they are enforced on men by society, however, is. Men are not encouraged to be open about their emotions in the way that women are, a bleak fact when you are also aware that suicide is the biggest killer of men under 45 in the United Kingdom. Over the last six years, a 70% increase in hospital admissions for adult men with eating disorders has led health experts to blame social media and popular culture for the increased pressure to fit the male ideal.

The worrying statistics continue – men are three times more likely to become dependent on alcohol, and more likely to use (and die from) illegal substances. Of course, no one is suggesting that the concept of masculinity is to blame for this. However, the way that society has latched onto and enforced these traits has turned it toxic.

Caitlin Moran, on Twitter, asked in October ‘what are the downsides of being a man?’, prompting a series of honest and heartbreaking responses. Matt Haig, author of Reasons to Stay Alive, responded: ‘one of the downsides is that we are crap at talking about, well, the downsides.’ Many echoed this, feeling they were not encouraged to talk about how they felt, and even if they wanted to, they didn’t know who would be there to listen. It is worth noting here that men are far less likely than women to access psychological therapies. Other issues raised included sexual pressure, such as the assumption that men always want to have sex and will be the ones to ‘take charge’ of a sexual situation.

Men also disclosed how they felt they could not be friendly to children, for fear of being construed as inappropriate or suspicious. Within these examples, it becomes clear the negatives society has attached to masculinity, introducing an incredibly fine line between the acceptable and the shunned. Another user stated he struggled with the fact men who express love for their family or friends are considered feminine and emasculated, referencing the fact he had never heard his own father say ‘I love you,’ or ever been hugged by him.

Masculinity in itself is not inherently positive or negative. It simply is. It is entirely possible to be masculine without it having any detriment to you or anyone else. However, the way in which society and the media push masculinity can be incredibly damaging, and as these examples show, something we do not discuss enough. Masculinity, at its core, comprises all the qualities typical of men – let’s all work together to make them synonymous with honesty, acceptance, and openness.