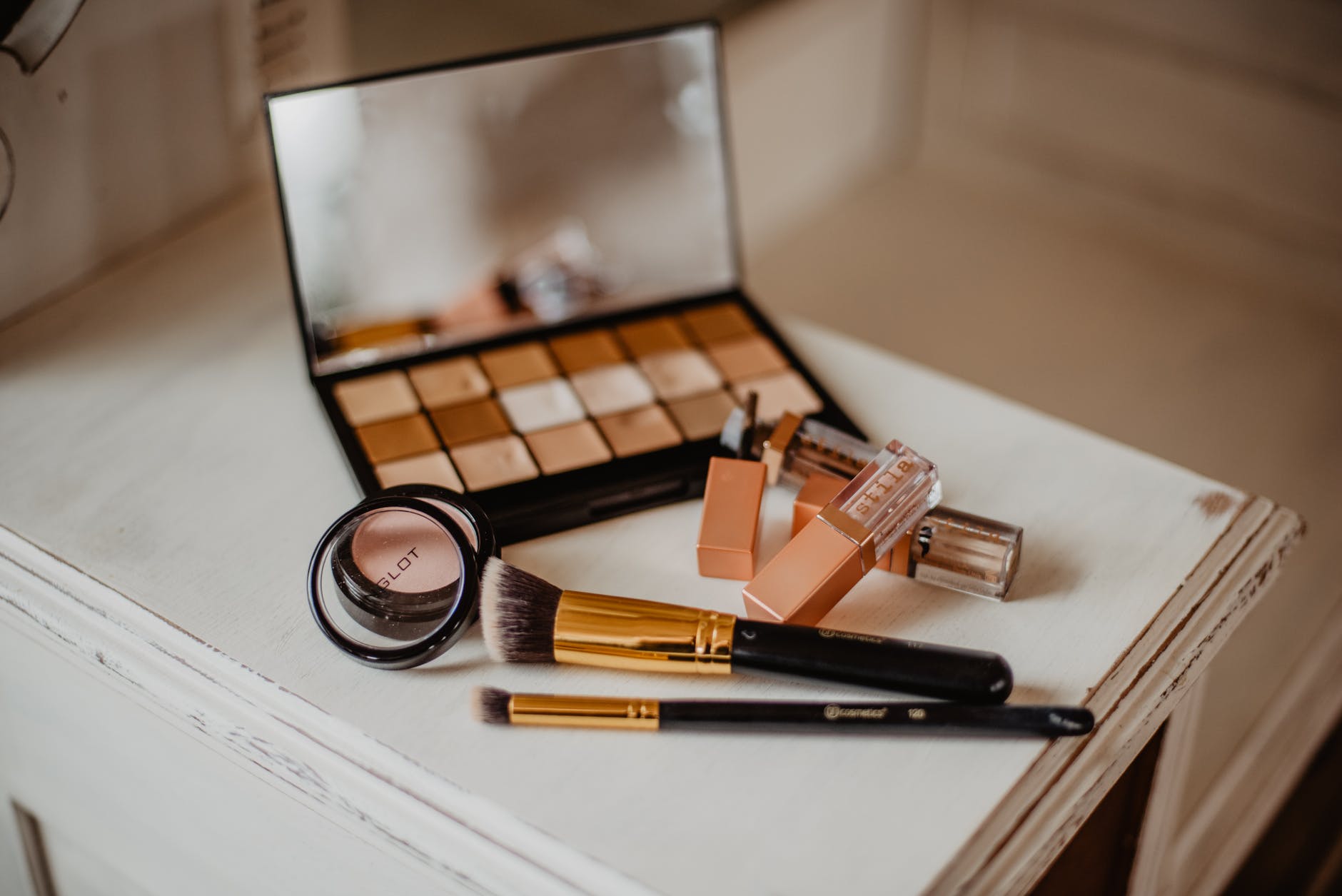 Colette Fountain investigates the reality of multi-level marketing, how people are manipulated into the schemes and to support people wanting to leave them

Written by Colette Fountain
Published at 08:00 on 3 April 2020
Images by Emma Bauso

Pyramid schemes are hardly a new phenomenon – Charles Ponzi became the namesake for the fraudulent ‘ponzi schemes’ after his business antics in the 1920s, however, in the digital age they are more accessible than ever before. Whereas previously, founders of these schemes would be restricted by geography, nowadays a single post can reach thousands of potential recruits making it the easiest it’s ever been to launch a pyramid scheme.

The defining characteristic of both pyramid schemes and multi-level marketing (MLM) businesses is their pyramid-like structure. Essentially, there is the founder at the top of the pyramid with the highest income. This founder then recruits people who in turn recruit more people and so on, until the business is big enough to produce profit. Pyramid schemes don’t exist within one set industry, instead they can encompass anything from beauty to finance to travel. Some pyramid schemes rely on selling products, often priced far above their actual value, while many simply rely on providing a service such as financial advice. For many pyramid schemes, profits from sales is often overshadowed by the main income source: recruitment. Usually, recruits will pay an extortionate entry fee, ranging from several hundred to potentially thousands of pounds; a percentage of which is given to the person who recruited them, with the rest of the money being divided as it travels through the upline (recruiters). This allows the founder of the company to amass immense wealth while those at the bottom of the pyramid lose money.

The distinction between MLMs and Pyramid Schemes is very hard to define. MLMs follow a similar business structure with distributors and recruits who serve as ‘independent business owners,’ selling company products. Famous MLM businesses include companies like Avon and The Pampered Chef; hardly seen as sleazy, under-the-table businesses.

Some critics consider all MLMs to be pyramid schemes as it can still be very difficult to make money from selling products, however the main difference is that MLMs want you to succeed and aren’t designed to exploit those at the bottom, instead attempting to empower them. Generally, MLMs are less of an out-right scam, meaning less emphasis is placed on recruitment, start-up fees are far less, unsold products can be returned for at least 80% of what you paid if you decide to leave and the majority of money is made from selling products. Another significant difference between the two is that pyramid schemes are illegal, while MLMs are not, with the establishment of Consumer Protection under the Unfair Trading Regulations 2008 which banned the creation, involvement, running and promotion of pyramid schemes, although again, detecting a pyramid scheme can be very difficult.

As I have established, the main issue with pyramid schemes is the heavy reliance on recruitment, something that often leads to the involvement of close friends and family. When faced with the realisation that without recruitment, they are unlikely to make enough money to even cover the initial investment cost, pyramid scheme members turn to recruitment, despite knowing the problems with being at the bottom of the pyramid. Essentially, recruitment helps the individual move up a rung of the pyramid, giving the potential for higher earnings at the detriment to their recruits. This is my main issue with pyramid schemes. I understand the appeal of wanting to belong to one – after all their marketing relies on the idea of the perfect job which seems ‘too good to be true’; however, I lose some of my sympathy when individuals begin to exploit others. Pyramid schemes rely on the powers of manipulation and essentially brainwashing. They create this idea of the ‘dream job’ which, in reality, only exists at the top of the pyramid. And to get to the top, you have to exploit others.

One of the best ways to find recruits is through social media, something which has enabled the seemingly sudden boom of pyramid schemes. We’ve all seen people on social media promoting their jet-setting, wealthy lifestyle which they’ve achieved from ‘the comfort of their own home’; I’ll even admit that I’ve caught myself becoming jealous of these people who seemingly have the dream life.

After looking at multiple social media posts, however, there is always a common theme, often even the same buzzwords. These include ideas like being able to work from home, make money fast, have your own time schedule and often implies that they themselves are already on a six-figure salary after only a few months. I can’t think of many fields of work where all of these benefits occur. Yes, it is possible to have a six-figure salary, but this usually comes at the cost of hours and hours of hard work. It is also possible to have a flexible schedule and be in control of your own time, however, this is rarely accompanied by a six-figure salary. For many jobs, time and money are mutually exclusive; you cannot have both, making these pyramid schemes all the more enticing. One of the main target demographics for pyramid schemes are students as their busy schedules make them vulnerable to the idea of flexible jobs. Nearly 40% of students report having been approached by recruiters, with 30% reporting that it occurred on Facebook, further demonstrating the importance of social media in the running of these schemes. While there are a lot of jokes online about pyramid schemes and the people who get sucked into them, people don’t need to be naïve to be manipulated by these companies. There are countless websites offering advice for recruiters, essentially helping to create the perfect strategy to best manipulate people into joining the company, meaning literally anyone is at risk. Even if recruited by a legitimate MLM like Herbalife, 88% of distributors reportedly earned nothing in 2012 despite the company earning over $4bn in sales, therefore even legal MLMs often don’t fulfil the promises they make.

So, you’ve come to the realisation that you’re trapped in a pyramid scheme – what now? Unfortunately, due to their illegitimacy, it is very difficult to escape a pyramid scheme, although not impossible. Waiting for the pyramid scheme to collapse is perhaps the worst thing to do as you continue to pay into the business while relying on so many factors that are out of your control; instead try to get out as soon as possible.

There is no one way to leave a pyramid scheme, instead there is a range of vague advice on the best ways to leave. If you know someone in a pyramid scheme it can be very difficult to persuade them to leave, particularly as they usually believe in the company so may view it as an attack causing further alienation. Instead, it is recommended to try and empower them and help them acknowledge their situation rather than belittling them for falling prey to the manipulation. This is a process that will take time; allow them to come to their own conclusion on the dangers of the company and they will be far more likely to want to leave. At this point you can step in to offer a support network in the difficult transition out of the manipulative powers of those in charge. Essentially, they just need support. Try to encourage them without coming across as preaching, helping them to reconnect with family/friends they may have alienated themselves from when they were indoctrinated into the company. A significant concern people have when leaving pyramid schemes is the financial damage. With MLMs, products can usually be returned so sell back any unused products, even if it is for less than you paid for it. Cut ties with the company; this includes deleting any ‘friends’ from the company on social media, blocking phone numbers, emails etc. so that they cannot continue to manipulate you. Many people recommend waiting to tell your uplines until you have sold all your stock and left the company so that they cannot convince you to stay as you will be particularly emotionally vulnerable. Contact your bank to make sure that any future payments get cancelled and you don’t end up causing further financial damage. It is up to the individual whether they decide to tell their recruits, however, if the decision to leave has been caused by a particularly harmful incident, they may feel it is the correct thing to do, but again this is a very personal decision.

Pyramid schemes and MLMs have existed for decades and it doesn’t look like they’re going to go away any time soon. The internet and social media have only exacerbated the issue, making it easier than ever before to find new recruits and grow the business. The main lesson here is, as with a lot of social media, don’t believe everything you see; if something seems too good to be true, it probably is. And if you find yourself in a pyramid scheme, know that there are ways out and you aren’t trapped there indefinitely; after all, without recruits the pyramid schemes become worthless.