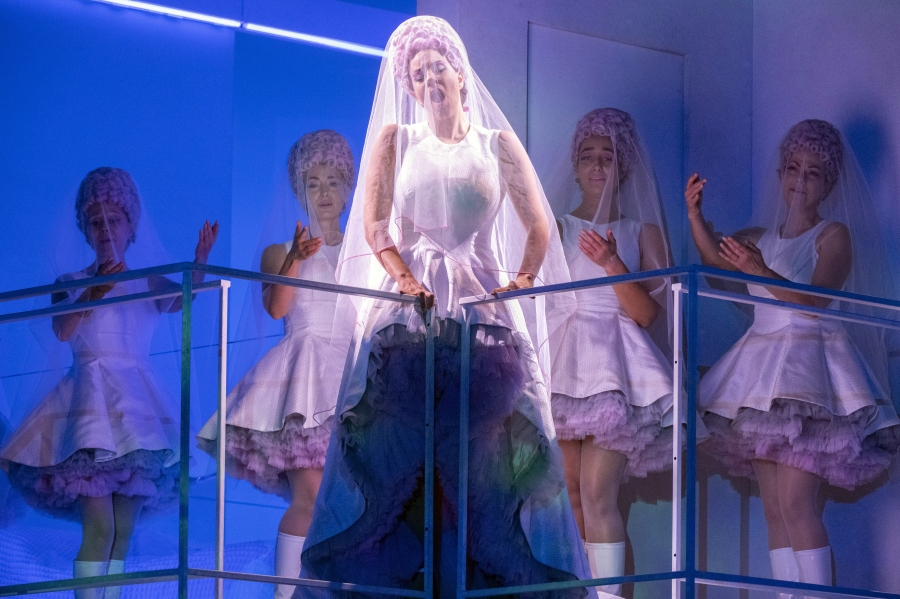 My First Time… At the Opera

When the curtain rolled up at the Birmingham Hippodrome and I was met with a modern white set and the performers wearing futuristic PVC heeled boots, I was certain I had come to see the wrong show. I had always assumed that operas were filled with old fashioned costumes, grandiose set designs, and lots of wigs. After seeing Madame Butterfly, I realised that I could not have been more wrong.

While I was right about some aspects (that however beautiful, the singing does begin to get on your nerves slightly towards the end), Madame Butterfly gracefully brought opera into the modern-day and completely changed how I view the genre.

The set was incredible: a shiny white box designed to look like a house that turned on the spot to provide the audience with different angles of the stage. Whilst this was a simple set, it was designed cleverly to enable multiple different settings depending on which side of the box was facing the audience at any given time.

Madame Butterfly was first performed in 1904 but the Welsh National Opera managed to make the story relevant and poignant in a more modern setting, which was helped by the costumes. At first, the costumes were timeless and simple, consisting of plain suits and white dresses, before becoming more contemporary in the second act- a change I felt was symbolic of the amount of time Butterfly had to wait for her husband to return.

Another thing I was not expecting was the use of subtitles above the stage, something I found myself very grateful for as the opera progressed. While the actors were brilliant at conveying emotion through their voices and movements, I felt as though without following the subtitles, I would have absolutely missed certain intricacies of the plot.

Although opera may not be my cup of tea, I was still able to appreciate the incredible talent of the performers, who were able to memorise over two hours of lyrics in another language, whilst also moving around the stage, acting, and hitting every note perfectly.