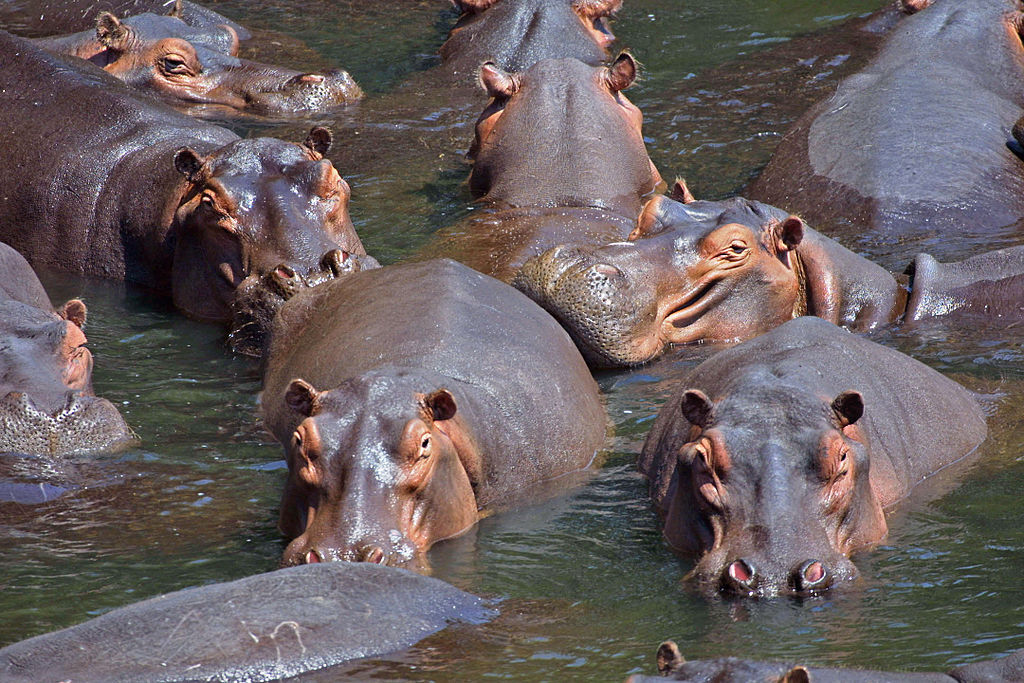 It’s quite unusual for a creature feature to mention Pablo Escobar, but the drug lord did have a significant effect on the Colombian ecosystem. In the early 1980s, he illegally imported dozens of wild animals to his Hacienda Nápoles estate, including elephants and giraffes – as well as four hippopotamuses.

Most of Escobar’s animals were sent to safer nature reserves and zoos. The hippos, however, have remained virtually untouched and have continued to multiply in what the Colombian Minister for the Environment has called ‘hippo heaven.’ The region does not experience droughts, for example, which in their natural habitat helps control the size of their populations.

In Africa, the animals normally become sexually active between the ages of seven and nine for males, and nine and eleven for females. In Colombia, the hippos are becoming sexually active at the age of three, with some females reportedly giving birth to one calf per year. As a result, there are now around 50 – 60 hippos living in Colombia, and they are beginning to roam away from Hacienda Nápoles.

Not only are the hippos an invasive species that pose a threat to the ecosystem, but they are potentially dangerous to humans. To add to the problem, local residents do not perceive just how deadly they can be; the El Colombiano newspaper has reported that local school children share a pond with the hippos and often come into close contact with them. Hippos cause more human deaths in Africa than any other wild animal, which makes these lost hippos a huge problem with no obvious solution.