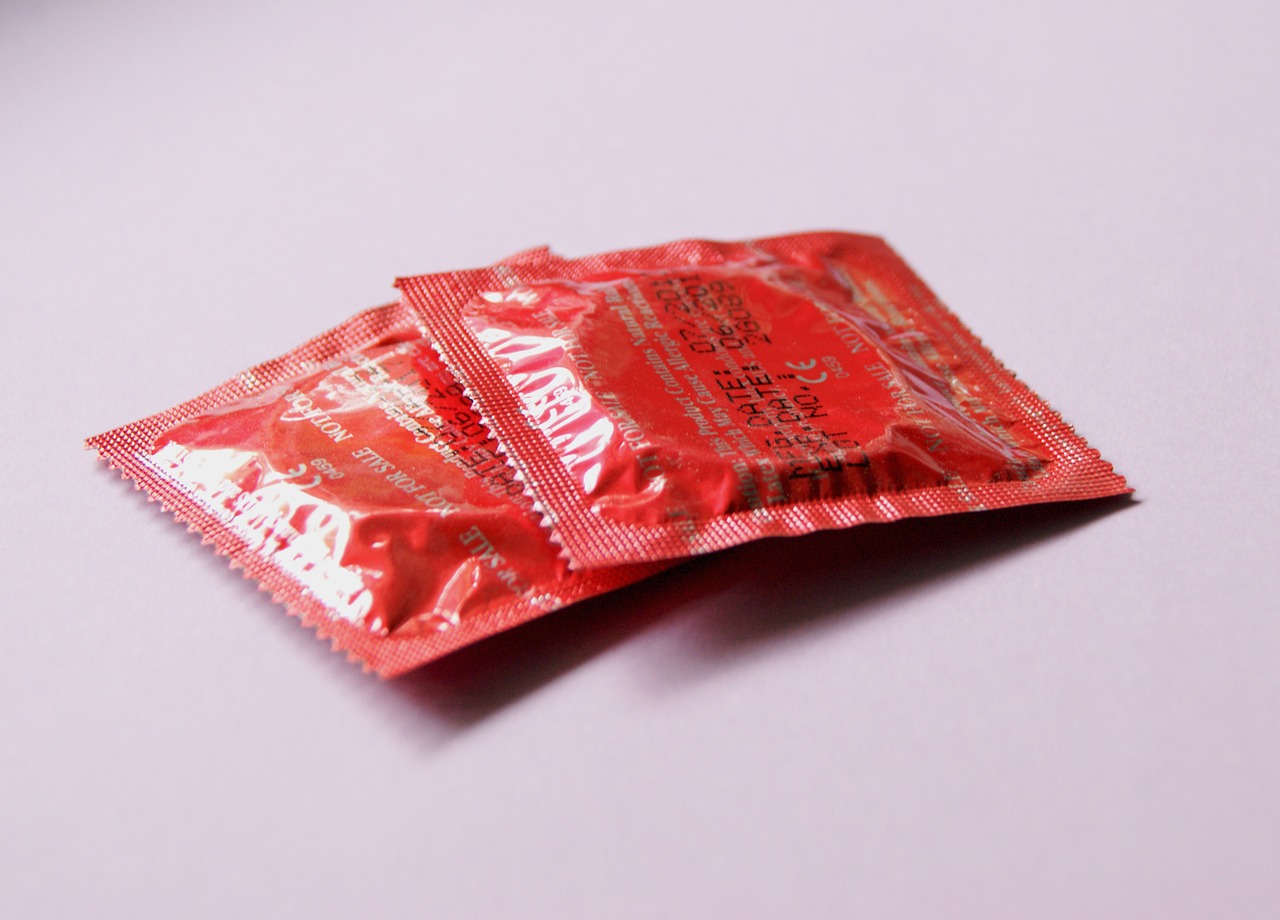 University is a breeding ground for first time experiences. First date, first love, first sexual partner – whatever that first time experience may be, let’s not let university become a breeding ground with a full stop. It’s time to talk contraception. Birth control is inevitably a staple of university life; however, it is down to you to take control of your sexual health by understanding your options.

We are at the peak of choice and agency when it comes to controlling fertility and STIs, but it is equally important to recognise which contraceptive choice is best for us as individuals. Despite high accessibility, careless contraceptive attitudes and scarce knowledge, students are often left with all the gear but no idea. The latest statistics from Public Health England have revealed that a case of chlamydia or gonorrhoea is diagnosed in a young person every four minutes in England. Condoms can be accessed for free by simply looking online for a free condom finder, yet over 144,000 diagnoses of these STIs occur in people aged 15 to 24.

Perhaps us students take free contraception for granted, or perhaps we’re simply unaware of the repercussions that come with unsafe sex. The majority of STIs such as chlamydia are symptomless, which renders our awareness surrounding the issue vital.

Alongside the STI fear, women aged 20-24 have one of the highest rates of unintended pregnancies due to the incorrect use of contraceptives. This could be due to a lack of awareness, or simply a lack of knowledge about the many options available, and the correct ways of using each one.

There are lots of factors to take into consideration when it comes to contraception. Some options may have unexpected side effects or cause discomfort, not to mention the different levels of effectiveness. There are more options out there than most students are aware of, with many people sticking to the ones they learnt about at school without fully researching the (quite extensive) list. Contraception tends to be very unique to each individual person, so it’s less about what your friends are using, and more about which one will work the best for you.

Being aware of our options may also enable a happier body, and thus a happier mind. To ensure contraceptive control complements our health, sex lives and fertility, it is integral to know and understand our bodies as well as the form of contraception we are using. Let’s ensure we aren’t rushing into anything that could be detrimental to our reproductive health or our lifestyle.

It takes a simple read to know what’s out there, and why it may or may not be for you.

Condoms prevent both pregnancy and STIs by forming a barrier between the genitals of the person wearing the condom and those they are having sex with. The most commonly used condoms are worn on the penis and are 98% effective at preventing pregnancy. Internal condoms that are worn inside the vagina are also available and are 95% effective. They can be used alongside other forms of contraception to protect users against catching or passing on STIs.

They are mostly made of latex, however alternative materials are available if you have a latex allergy. It is possible for condoms to slip off or break during sex. If this happens an STI test may be required, as well as emergency contraception if another form of contraception isn’t being used. This risk can be minimised by using condoms that are not expired and are the right size. Oil-based lubricants can weaken the condom and increase the risk of breaking.

Usually just referred to as ‘The Pill,’ the combined oral contraceptive pill contains the hormones oestrogen and progesterone. It works by preventing the ovary from releasing an egg each month, thickening the mucus in the neck of the womb so it’s harder for sperm to get through and thinning the uterus lining to reduce the likelihood of any fertilised eggs implanting. The combined pill does not provide any STI protection.

The pill is taken every day for 21 days, followed by a seven-day break to allow for a period-type bleed. EveryDay (ED) pills, contain a pill for every day, 21 active pills are taken, followed by seven dummy sugar pills. The combined pill is over 99% effective when used correctly; however, some women find it difficult to take the pill at the same time every day and it becomes less effective when not used correctly. One disadvantage of the combined pill is that it has been linked to an increased risk of some serious health conditions, such as blood clots or cervical cancer. However, the risks posed are very small. For example, blood clots only occur in two in 10,000 women on this birth control option.

These contain progesterone only and work by thickening the mucus to prevent sperm from passing through. If taken correctly it is over 99% effective, but in ‘typical use’ (the way in which it is taken by most women) it is only 93%. This pill is a good option for women who are unable to take oestrogen for certain medical reasons such as high blood pressure, however also does not protect against STIs.

The progesterone-only pills must be taken every day, with no breaks. They must be taken at the same time each day. There are two main types of this pill. The typical one becomes ineffective if taken more than three hours late, whereas the desogestrel pill can be taken up to 12 hours late.

Both the IUS and IUD (Intrauterine System/Device) are small T-shaped devices that are inserted into the uterus through the cervix. Having an IUD or IUS inserted can be painful, however removal is comparatively simple. Both methods have a small risk of ectopic pregnancy or puncturing the uterus, and neither protect against STIs. The IUD and IUS are some of the most effective forms of contraception, and do not interrupt sex. They require little to no thought or maintenance after insertion – only checking occasionally that the short strings used for removal are still poking out of the cervix is needed.

The IUS releases the hormone progestogen into the uterus, preventing pregnancy for three-five years with more than 99% effectiveness. It functions by thickening cervical mucus to make it harder for sperm to reach the uterus, and thinning the uterus lining to make it harder for an egg to implant. It can also stop eggs being released for some people and can help alleviate heavy and painful periods – or even stop them altogether.

The IUD does not contain hormones, instead releasing copper into the uterus which kills sperm and prevents eggs implanting unto the uterus lining. This prevents pregnancy for 5-10 years with more than 99% effectiveness. People with an IUD may experience periods that are longer, heavier, or more painful.

The implant is a small flexible rod that is inserted under the skin in your upper arm. This procedure is carried out by a doctor or nurse and takes only a few minutes. Once inserted, the implant remains over 99% effective for three years, although it can be removed at any time.  A local anaesthetic is used to numb the area and it is inserted below the skin. It feels like an injection and no stitches are required. When first put in, there may be some bruising, tenderness or swelling.

The implant works by releasing the hormone progesterone into your bloodstream. This prevents ovulation, the release of an egg, each month. Additionally, it thickens the cervical mucus, making it more difficult for the sperm to move through. It also thins the womb lining so if an egg gets fertilised, it is less likely to get implanted. The release of this hormone can cause periods to become irregular, lighter or heavier. A common side effect is that the period stops altogether (amenorrhoea). The implant does not protect against STIs.

The Depo-Provera injection releases progesterone into your bloodstream, preventing pregnancy in a similar way to the implant. The injection lasts for 13 weeks and is more than 99% effective. It is normally injected into your bottom, but it is possible to have it in your upper arm. If choosing this method of contraception, it is important to know that it can take up to a year for fertility to return to normal. Therefore, it is unsuitable for people who may wish to get pregnant soon.  Additionally, the injection does not protect against STIs.

The patch is a small plaster-like sticker that is put on the skin and replaced once a week. It releases oestrogen and progestogen into the bloodstream through the skin, stopping eggs being released. This also thickens cervical mucus to make it harder for sperm to reach the uterus and thins the uterus lining to make it harder for an egg to implant. The patch is over 99% effective. The patch can cause skin irritation, nausea, mood swings, headaches, and spotting. It may be visible, depending on where it is stuck. The patch can help alleviate heavy and painful periods and does not interrupt sex, but does not protect against STIs.

The vaginal ring is a small, soft, plastic ring that is inserted into the vagina and replaced once a month. It releases oestrogen and progestogen into the bloodstream through the vaginal wall, stopping eggs being released. This also thickens cervical mucus to make it harder for sperm to reach the uterus and thins the uterus lining to make it harder for an egg to implant. The vaginal ring is over 99% effective. The ring does have side effects which include nausea, mood swings, headaches, spotting, and discharge. It can stop periods and does not interrupt sex, however the ring does not protect against STIs.

Diaphragms and caps are small cups that fit over the cervix and are used alongside a gel that kills sperm to prevent sperm from entering the uterus. They are between 92% and 96% effective at preventing pregnancy. They can be inserted up to three hours in advance of sex but must be left in for six hours afterwards. Diaphragms and caps do not protect users against STIs. There is a risk of developing a bladder infection while using this method, and if you use it during a period there is a risk of toxic shock syndrome. Different sizes and shapes of diaphragms and caps are available to fit different people’s bodies.

Fertility awareness involves monitoring the body to determine when the most fertile points of a person’s menstrual cycle are. Daily monitoring of body temperature and vaginal fluid give some indication of when an egg is released, and from this you can estimate at what points you are most and least likely to become pregnant. It is suitable for people from cultures or religions that forbid other forms of contraception. It is most effective when monitoring techniques are taught by a professional. When used perfectly, fertility awareness can be up to 99% effective at preventing pregnancy. However, for most people it is 76% effective due to the difficulty of executing the method correctly. It is important to remember to monitor the body correctly and accurately every day. Many people have irregular cycles naturally or due to stress or illness, which can cause a lot of variation in when exactly their fertile period is, thus making it hard to predict. Sperm can also live in the body for up to seven days and the method provides no STI protection. Many people choose to use this method alongside avoiding sex or using condoms at fertile times.

The withdrawal method involves stopping sex before ejaculation occurs inside a partner. This prevents pregnancy by preventing semen from entering the vagina. It is suitable for people from cultures or religions that forbid other forms of contraception. However, it offers no protection against STIs. Remembering to pull out at the right time requires concentration and discipline, and traces of sperm in pre-ejaculate may lead to pregnancy anyway. When used perfectly every time, withdrawal is 96% effective, however for most people it is 73% effective due to the difficulty of executing the method correctly.