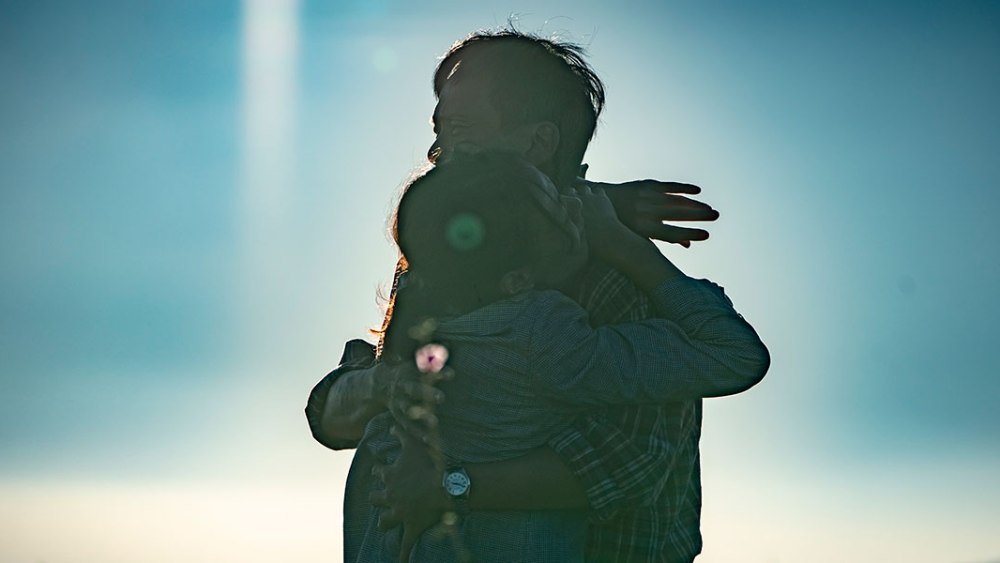 Film Critic Emily Faithful is full of praise for Taiwanese family drama A Sun, the latest foreign film to be picked up by Netflix

Written by Emily Faithful
Published at 14:00 on 15 February 2020
Images by Netflix via Variety

Bong Joon Ho’s Parasite being nominated for Best Picture at the Oscars suggests a rise in popularity for international films to come in the West. A Sun is another reason to give foreign films a chance. Highly acclaimed in its native Taiwan, where it won the Golden Horse Award for Best Feature Film (an accolade presented to the best-judged Chinese-language film), it has earned its place on Netflix UK, USA, Canada and Spain. Entertaining, reflective, and now very accessible, it is worth the 156 minute runtime.

‘Seize the day. Decide your path,’ is the catchphrase of A-wen, husband to Qin and father of two. The slogan is even painted on the walls at the modest driving school he works at. A-wen’s ideology has been so thrust upon his children that his eldest son, A-Hao, is now trying to get into medical school. Teenage A-ho, on the other hand, is the inevitable disappointment accompanying such high hopes. At the trial following A-ho’s involvement in a violent machete-related assault, his father supports the prosecutor’s desire to send him into juvenile detention. The resentment intensifies when, whilst he is incarcerated, A-ho’s fifteen-year-old girlfriend turns up at the family home, pregnant.

Chung Mong-hong’s latest feature is about life and overcoming; it begins with a family in crisis, with members influencing each other from afar, with closeness only ever literal. Understandably, then, characters and their journeys initially progress independently, despite the storylines’ relevance to each other. A-ho is locked up. Qin attempts to support the teenage mother of her grandchild. A-hao finds himself lost, lacking interest in his studies. A-wen refuses to compensate the father of his son’s assault victim, too proud to admit his own responsibility in the situation. All is as it always seems to have been, until tragedy strikes and the need for change, amongst stubbornness and vulnerability, is demanded.

For a film that begins with a man’s severed hand sinking slowly into a pot of soup, it may come as a surprise that one of Chung Mong-hong’s strengths in directing it is his subtlety. His bright cinematography (done under the pseudonym Nagao Nakashima) is skilful and effortless, and the surprising switch to animation, used only in one scene, feels natural. Very occasional attempts at humour, notably when A-wen is faced with a man angrily yielding the hose of a septic tank, are never jarring either. Mong-hong’s is confident enough of the film’s tone to attempt this level of creativity.

Far less subtle are the metaphors riddled throughout. This is mostly due to their simplicity, however those more cryptic cases are handled masterfully, spanning the whole story and building in unexpected ways before reaching a satisfying conclusion. Nonetheless, A-ho’s run down the road and Qin’s bike ride, due to Mong-hongs award winning direction and Lai Hsiu-hsiung’s award-winning editing, are far from worthy of eye rolls. Innocent and uncomplicated, even these obvious parallels accompany the plot nicely.

A particular strength of A Sun is its storytelling and cast, but its considerable number of striking action-moments, only strengthened by the filmmaking, are also noteworthy. The violent opening scene, intriguing and concise, makes great use of colour. More action scenes from Chung Mong-hong are on display in Parking, one of his earlier works, which won Best Art Direction at the 2008 Golden Horse Awards.

The central family is well cast and, by now, well nominated at the Golden Horse Awards. Chen Yi-wen (A-wen) is a worthy Best Actor, adding depth and reason to the grumpy old man. Best Supporting Actor Kuan-Ting Liu (named in subtitles as ‘Radish’) as A-ho’s criminal bad influence, is calmly threatening, without need for weapons nor gangster cronies, while Samantha Ho adds grit and strength to a wife-character who, in another movie, may have been forgettable. We are perhaps most sympathetic to Wu Chien-ho’s A-ho, who is relatable as an inmate, a criminal and a son. This plethora of interesting characters is enough to make every minute of the film’s large runtime constructive and worth investing in.

Aided by a delicate, memorable score which does not overpower, as well as a lack of a conventional protagonist, A Sun, whilst far from light-hearted, maintains reality and never wallows in itself. This is a family drama that cuts out the melodrama to focus on the larger scope of morality and question such difficult concepts as change and goodness. Its genius ending, which ties threads followed throughout the runtime, will leave you conflicted yet fulfilled. With the Oscars approaching, and the ‘great films’ of the year under the spotlight, it is the right time to recognise A Sun, one example of a great film the West may be overlooking.

A Sun is now streaming on Netflix.