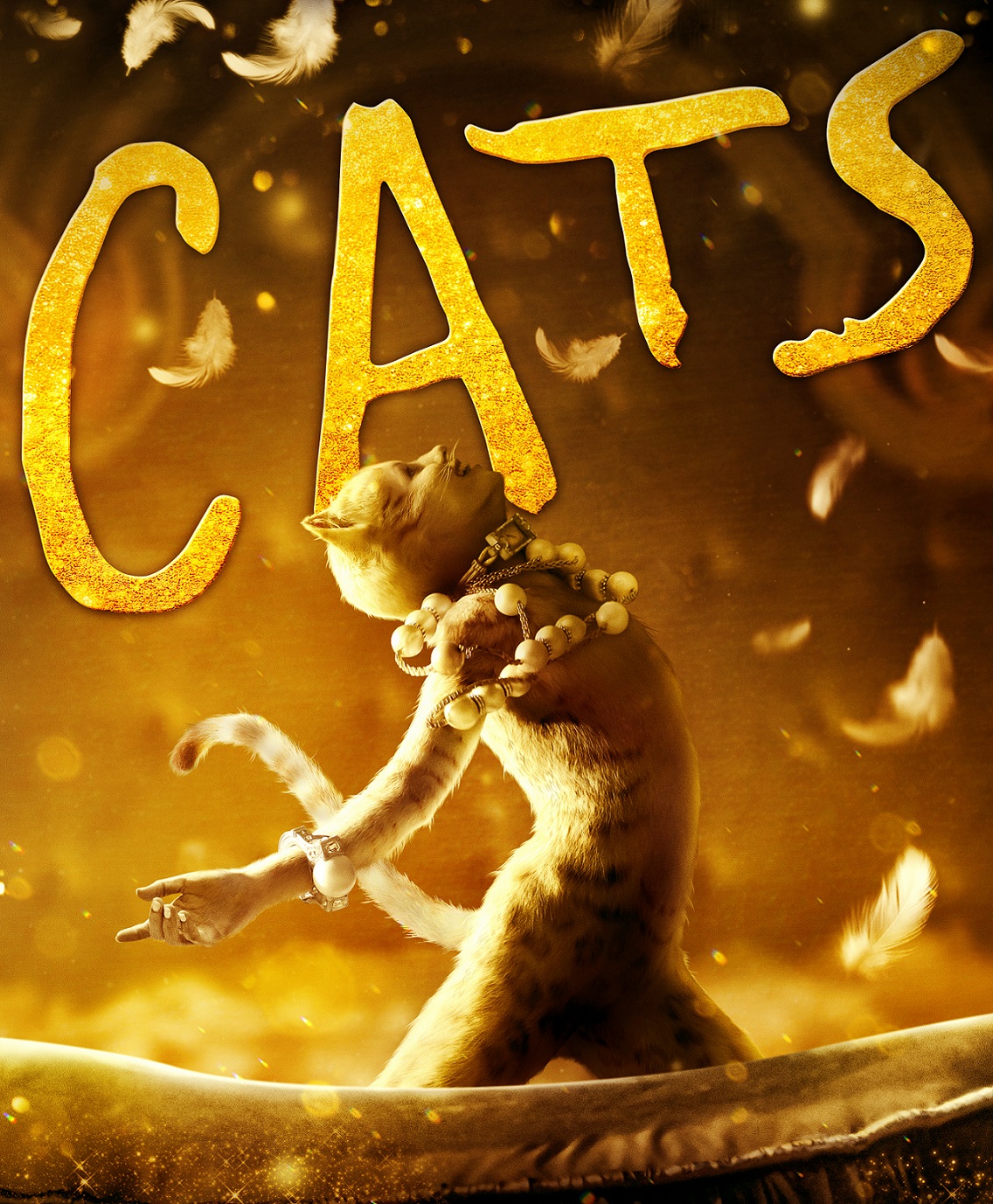 As the world spirals into chaos, Film Critic Ellie Burridge stares into the epicentre of an abyss, that being Tom Hooper’s screen adaptation of Cats

Ellie Burridge
I've watched Iron Man 3 thirteen times, so take all of my reviews with a pinch of that.
Published at 17:00 on 31 December 2019
Images by Universal Pictures

The first question my friends asked me as we left the cinema where we had just watched Cats was: ‘How are you going to review that?’ How indeed.

Cats, for those blissfully not in the know, is an Andrew Lloyd Webber musical based on T.S. Eliot poems in which an endless procession of Jellicle Cats introduce themselves through song until one of them is chosen to ascend to the Heavyside Layer. I don’t know what those words mean either, so don’t ask. There are people I have spoken to who like the musical. I have never watched the musical, and had heard none of the songs prior to watching the film, but I did read the poems. The poems are bad, the film is bad and therefore, it follows to me that the musical is probably also bad. Yes, it ran for twenty-one uninterrupted years on the West End between 1981 and 2002, but my theory is that we are an incredibly repressed nation who will flock to see actors leaping around as cats as long as we can claim it was high art.

The songs, as performed in the movie by famous people under a thin sheen of cat CGI (more on that later, obviously), range from awful to fine. The worst is James Corden’s rendition of ‘Bustopher Jones: The Cat About Town,’ a song about how fat and greedy he is, closely followed by the song at the end where Judi Dench sings directly to you, the viewer, and you think every verse must be the final verse but she just keeps going, forever. I can’t imagine ever seeking out any of the songs again for their musical value, but the ones that I would have enjoyed watching if not for the cat CGI were ‘Mungojerrie and Rumpleteazer,’ ‘Macavity’ (as performed by Taylor Swift), and ‘Mr. Mistofelees.’

There’s also a new song, included to nab the Oscar for Best Original Song and written by Swift, which is called ‘Beautiful Ghosts’ and makes about as much sense as the rest of them. It’s sung in the film by newcomer Francesca Hayward, who plays the main character (if you can claim that Cats has a main character, which it doesn’t), Victoria. Why does Victoria have a normal name when the rest of the cats are called things like Growltiger and Bombalurina and Jennyanydots? I don’t know. Hayward does a good job, though: she has a sweet voice and a sweet face and she’s a wonderful ballet dancer. She’s cloaked in the cat CGI, though, so overall it’s still terrible.

Yes, the cat CGI. The problem with Cats is that even if it had a coherent plot and characters who made sense and incredible songs and was directed by Baz Luhrmann rather than the thoroughly mediocre Tom Hooper, it would still be a film in which humans are made to look like cats in the most nightmare-inducing way possible. ‘Why didn’t you like it?’ my mother asked as I struggled to articulate the horror I had witnessed. ‘Is it just the animation?’ Yes and no.

Cats is its animation. There is no other focal point. There are other bad things about Cats – many – but each shot is inundated with the horrible naked cat-creatures, who do not look like cats but are extremely naked. There’s no use in describing it to you: you’ve seen the trailer. The worst thing about the film is that it’s what you saw in the trailer for 120 minutes, which means you get used to it. Never for more than a couple of minutes at a time, because whenever your brain starts to accept what the cats look like something will happen that upends your sense of reality, like Jason Derulo cat (Rum Tum Tugger) sniffing Victoria’s foot, or any of the human-cat abominations lapping up milk out of a bowl. But during those stretches where you become utterly desensitised to the spectacle before you, you might find yourself…bored.

Because Cats is fundamentally boring. Underneath all of the objective weirdness is a plot that just goes around in meaningless circles until one cat is chosen to die. The villain (Idris Elba) is also desperate to die, and you, sat there watching, can see where he’s coming from.

Perhaps this would not have been the case if I had not made a few vital mistakes. Firstly, I watched Cats at 3: 15 in the afternoon. There were children in the audience, who I assume are now scarred for life. Secondly, I watched it sober, because I took my responsibility for reviewing it far too seriously. And thirdly, I watched it in England, which is not where Cats is supposed to be watched. Apart from my group and a couple of people behind us, our British audience watched Cats in stoic silence, faces blank. This is wrong. There are moments in Cats where your only options are to scream or leave. A clip is currently making the rounds of Twitter of a screening in Los Angeles: the audience is on their feet, singing along to ‘Mr. Mistoffelees,’ as they should be doing. Cats is like no other film I’ve ever seen, and the London audience treating it as if was normal fundamentally damaged my perception of reality.

Cats is the best film of the decade – or at least the film that feels like it best sums up this decade.

Cats is in cinemas now.