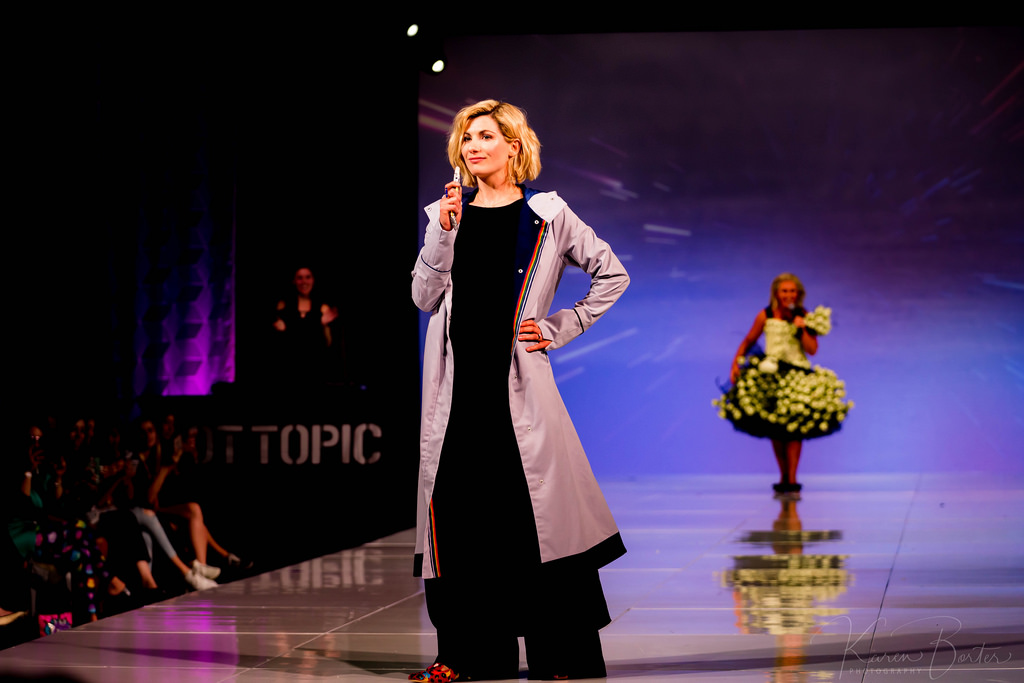 Review: Demons of the Punjab

This episode of Doctor Who has been, for the most part, well-received by fans. Set in 1947 Lahore, it sees Team Tardis popping back for a look at Yaz’s grandmother, and getting a lot more than they bargained for. On Twitter, viewers commented on how ‘moving’ and ‘heartbreaking’ the episode was, as well as praising writer Vinay Patel’s take on the violent conflict surrounding the Partition of India. And they’d be right – this was a beautifully moving episode, and the themes of religious hatred and political turmoil were very well-handled. However, this episode still left me feeling slightly… underwhelmed.

The first problem is the threat… or rather the lack thereof. I’ve been hoping every week for this problem to be resolved, but with little success. Compared to other series, particularly in the Russell T. Davies era, there just isn’t enough of a sense of peril. The giant spiders came close, but still didn’t live up to all of their predecessors. About halfway through this one, it turns out that the titular demons, who got off to a suitably scary start, weren’t killing people at all, but merely travelling time and space to honour anyone who dies alone and forgotten. The real killer is hatred and prejudice, exemplified by the radicalised Manish (rendered satisfyingly detestable by the excellent performance of Hamza Jeetooa).

On the surface, yes, this is an acceptable direction for a sci-fi story. And yes, we do need to be having conversations about the issues Patel sensitively and skilfully explores. I just hate that they did it without any sense of fear, except for Bhakti and Prem, whose deaths were essentially inevitable anyway.

And the really annoying part? It’s not as if Daleks or Gangers are even needed for Doctor Who to scare people. My favourite episodes are ‘The Empty Child’ and ‘Midnight’, where the real threats are well-intentioned medics and mass hysteria – and both are absolutely terrifying. The good thing about previous historical episodes, though, is that the alien and human threats are nicely balanced: if the gas-mask zombies don’t get you, the blitz will do the trick. Exploring the life of Queen Victoria? Sure, but don’t forget the werewolf. And later, it was great to see the repressions of 1920s Britain and meet Agatha Christie, but neither stole the limelight from the giant alien wasp. In ‘Demons of the Punjab’, however, the aliens aren’t only benign, they’re also completely pointless. As I said, it’s great that historical events and topical issues are being handled and discussed, but they shouldn’t be allowed to turn a sci-fi adventure into a historical drama, however moving.

Balancing out my disappointment with the plot, however, I was once again in love with Jodie Whittaker’s Doctor. By being both playful and serious, cracking jokes about her gender-bending and then shouting at aliens or warning Yaz about the risks of visiting one’s own timeline, I believe in her as a time-travelling alien. I really do. But Chibnall still doesn’t give her a chance to test the extremes of her character – think Matt Smith yelling ‘Nobody HUMAN HAS ANYTHING TO SAY TO ME TODAY!’ in The Beast Below.

To make matters worse, Yaz (Mandip Gill) still has depressingly little to actually do – even though she’s the focus of this episode, she’s still reduced to a passive witness. The supporting cast give mostly solid performances, with Shane Zaza delivering a particularly heartbreaking final scene as Prem, but they were let down by some very hit-and-miss dialogue. Prem, for example, is absolutely right when he laments that ‘hatred’s coming from all sides’, but it doesn’t solve the problem: No one actually speaks like that.

So, yeah. If you loved this episode, that’s fine – no-one could justly claim that it doesn’t have its merits. It just didn’t feel like the Doctor Who that, with my admittedly limited experience, I’ve come to know and love.