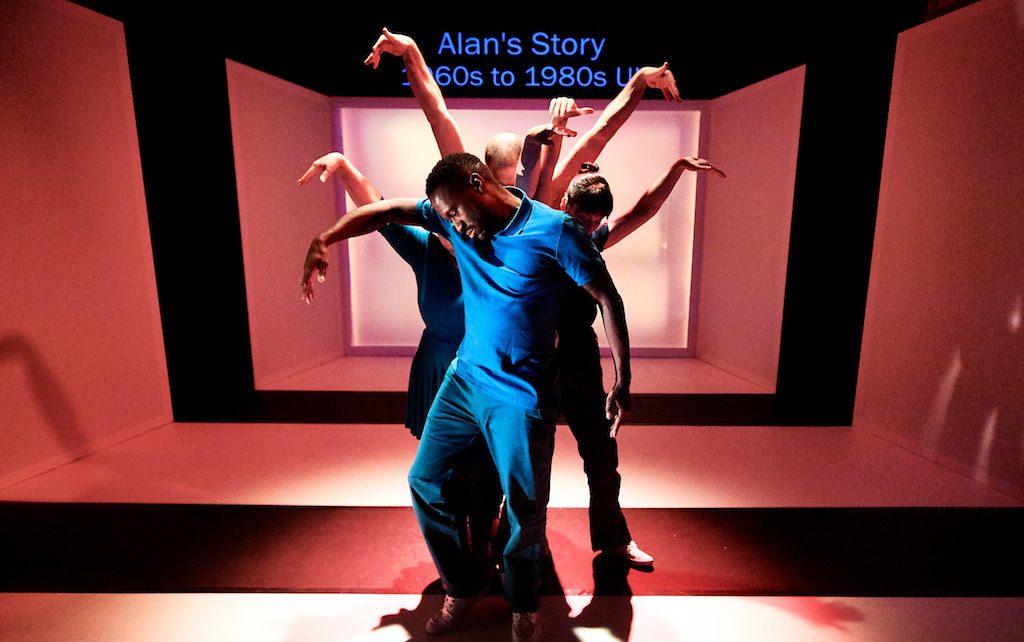 Life & Style Editor Frankie Rhodes is impressed by the Birmingham Hippodrome’s run of a play based off more than 40 hours worth of interviews with deaf people, representing their importance and worth within society

Frankie Rhodes
I am an English student and aspiring journalist from Essex, with a love for all things arty and musical.
Published at 12:30 on 17 February 2020
Images by Alex Brenner

The first thing that struck me when attending this play was the diverse nature of the audience. With many children, deaf and disabled people, this was a refreshing change compared to the crowd I normally encounter at the theatre. The performance that followed, with its bilingual style and educational content, only emphasised this feeling of welcome and inclusivity.

‘Extraordinary Wall of Silence’ documents the experiences of 3 people, Helen, Alan and Graham, based on 40 hours’ worth of interviews with deaf people. The actors use sign language, mime and narration to tell the story, so that all members of the audience stay informed and mesmerised. Whilst maintaining a core didactic purpose, the play was also highly entertaining, inspiring moments of both laughter and shock.

A low-lit, dreary scene at the very beginning depicted the 1880 Milan Conference, which banned the teaching of sign language in schools, and even the employment of deaf teachers. The action that followed showcased the devastating consequences this ruling had for many deaf individuals, who were expected to overcome deafness through speech therapy, surgical operations and sheer denial.

The first of the stories to be told was Alan, with actor David Ellington informing the audience that for the first 5 years of his life, Alan had no language through which to express himself. Through clever and often heart-breaking mime sequences, the ensemble documented Alan facing abuse throughout his school and family life. A particular theme explored was the belief that deafness was a form of punishment for sin, as supported by Alan’s father. Whilst potentially the most disheartening story, Alan’s narrative was nonetheless extremely valuable in depicting the isolating attitudes towards deafness during the 1970’s.

Graham’s story focused on the traumatising elements of speech therapy, as deaf children struggle to learn to create sounds. Despite the difficult content, these scenes were among the most comic, with the actors banding together as schoolchildren to show solidarity. This narrative did not shy away from the awkward aspects of Graham’s experience, such as uncomfortable relationships, but also foregrounded the saving grace within his life, deaf club. Depicting deaf club as a place where members of the deaf community can catch up, support each other and learn about deaf culture, this stressed to the audience the importance of maintaining such services.

The third narrative, Helen’s story, depicted the experience of a young woman who spent many years in denial of her deafness. A cochlear transplant as a child left her awkwardly suspended between deaf and hearing, able to interpret sounds, but often in an uncomfortable and painful way. The ensemble used a watermelon to showcase the severity of this surgery, as the head is literally cut open to operate. This raised some moral issues as to whether it is ethical for parents to intervene in cases of deafness, or whether children should be given the opportunity to make their own decisions.

Flashing lights, music and pulsating beats varied throughout the play to match the mood of the mime sequences. Deborah Pugh, who narrated the events orally, delivered the information with extreme passion and conviction, just as the other actors seemed to dance through their signing. This immersive experience challenged the audiences’ expectations about how theatre is supposed to behave, and it wasn’t surprising that at the end of the performance, everyone automatically opted for the BSL version of clapping.

One line that particularly struck me as being the key message of the play was ‘I am deaf! I don’t need fixing!’ As such, this is a play that is not there to fix. It is there to inform, to entertain, and to leave deaf members of the audience with a profound sense that they are valued within society.