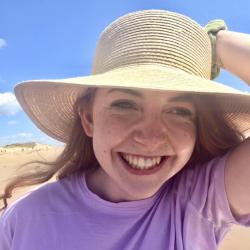 Before I went to see First Man, I had heard that this film was the closest an audience would ever get to space travel. After seeing First Man, I can confirm that this film is a phenomenal trip into a commonly unseen world. What is CGI and what is real blurs into one to create the truest depiction of space seen in film so far.

The Ryan Gosling that audiences normally expect to see is one reminiscent of his Notebook days. At least that is what I expected. Maybe it was my own uncultured-ness that allowed me to think this, but I was shocked and all-round amazed to see that the boyish heartthrob of before is nowhere to be seen in this picture. Gosling is a complete gem in First Man – subtle, expressive and bold. It seems that he has grown with his audience, from portraying a caricature of devoted, illogical love to this authentic depiction of a heartbroken man, who encounters tragedy at every turn. He seems to weave together Armstrong’s personal tragedies and those of NASA into one story – that of a man hellbent on achievement, and on surviving his personal arc to the moon.

The only problem that I can see cropping up with Gosling’s performance is the public opinion of subtlety in film. It may take a good natter over a pint for everyone in attendance to understand the ending, but nonetheless it’s still one that bursts with feeling. But without analysis and thought well after the credits roll, it can be lost amongst the epic victory of landing on the moon. It is the tiniest details that make this film really sing.

If Gosling is the gem of this film, then Claire Foy is everything else. She plays Armstrong’s wife, Janet, a woman who has steel down her backbone when it comes to her husband and her children. Foy has almost certainly skipped over Gosling’s more cheesy collection of films, which have seemed to have set him up as a ‘cult-classic’ romance actor, and has graduated onto films showcasing complex relationships, which are handled with a maturity that could only come from the experience of being in a marriage yourself. She gives a faultless performance in a realistic, yet entertaining role, bringing all her past acting experiences such as Queen Elizabeth in The Crown, to create a truly inspirational female lead, who is given the rare permission to be a caring mother, a dutiful, loyal wife, and a woman with her own set of ideals, which she fights for with bravery.

The creation of First Man is a sublime summary of the collage that the filmmakers constructed using several types of film for different sections of the movie. Director Damien Chazelle did not feel that 16mm would do the enormity of First Man justice, so he resorted to the IMAX 70mm format, which adds a huge scope to the film, and makes the final space scenes really pop, compared to the more intimate scenes filmed in the Armstrong family home. From the cinema seat, the homely scenes appear to have this rich grainy quality, typical of contemporary home movies, yet the space scenes are breathtakingly clear and dynamic. This stark contrast is one that can be easily appreciated and is something that well and truly pays off.

VERDICT: First Man is a revelation in the field of space filmography, making it enjoyable and accessible to a whole new audience – one that finds entertainment not just in the mysterious realms of the final frontier, but also the men and women who brave the unknown. It’s a game changer for its star, Gosling, who has taken strides to distance himself from his quirky accolades to bring to the screen a new kind of actor for younger audiences.