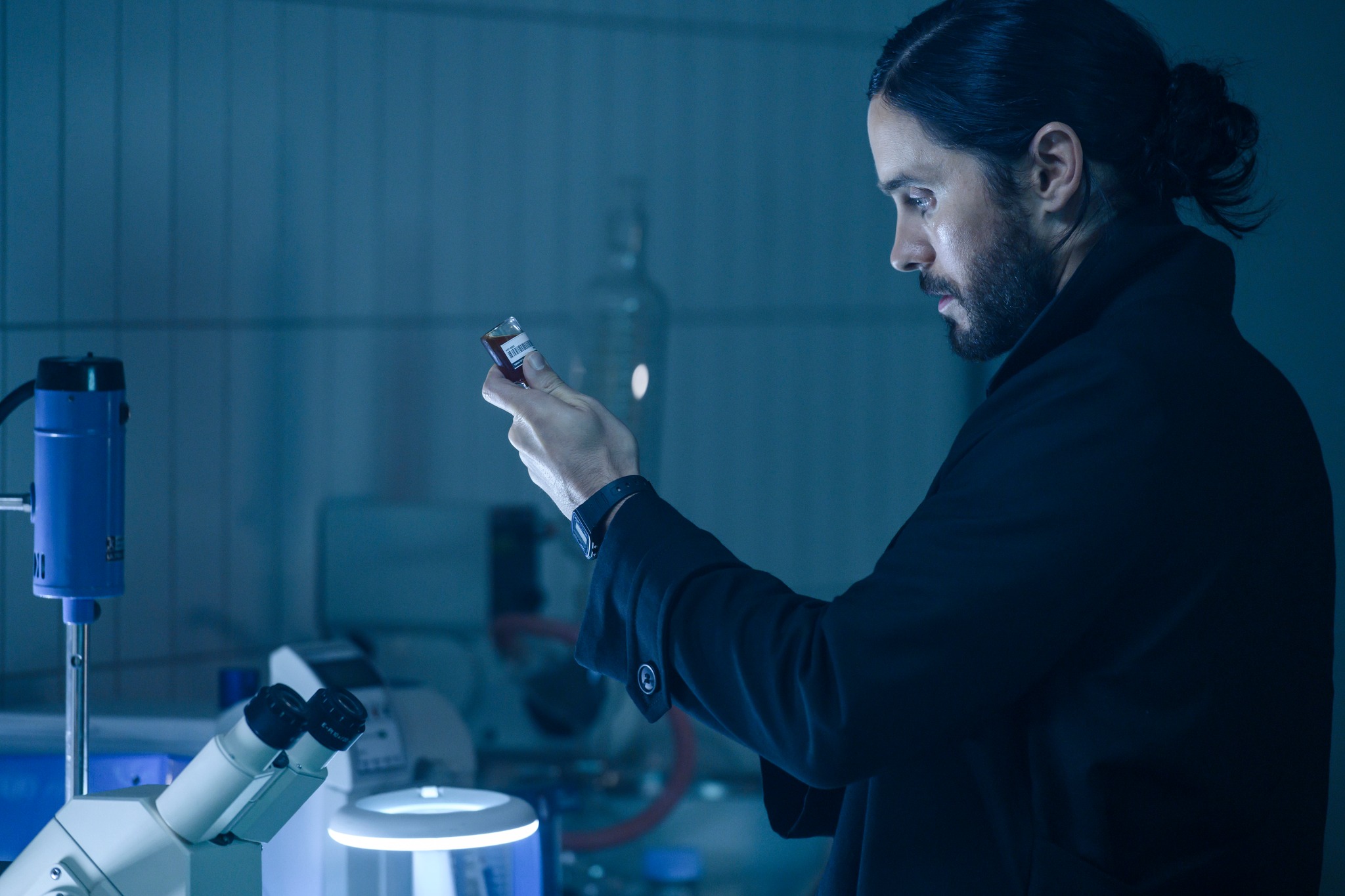 Film Critic Eve Greybanks is disappointed by Morbius, feeling that its attempts to tie itself to other films in the Sony and Marvel franchises detract from an otherwise compelling character

Written by evegreybanks
Published at 11:00 on 27 April 2022
Images by @MorbiusMovie on Facebook

As an avid fan of the great powerhouse that the Marvel Cinematic Universe (MCU) has become, I was hugely looking forward to the release of Morbius, especially as a film ‘in association with Marvel’. However, the feeling of being let down and maybe even cheated has yet to escape my thoughts since this showing, a common theme that also seems to have overtaken the opinions of Hollywood critics.

Following Dr. Michael Morbius (Jared Leto), also known as ‘The Living Vampire’, the character takes form based on comic books published by Marvel Comics. With a rare blood disorder, in which he shares with his surrogate brother Lucien (Matt Smith), Dr. Morbius sets his sights on finding a cure. However, in doing so, Dr. Morbius releases a type of Pseudo-Vampire, resulting in the birth of ‘The Living Vampire’. The film unravels what this ‘cure’ means for Dr. Morbius and those important to him, including Lucien, mentor Dr. Nicholas (Jared Harris) and potential love interest and co-worker Martine Bancroft (Adria Arjona). With some unfortunately expected twists, Morbius explores an arguably dull attempt at the rise of another anti-hero.
Directed by Daniel Espinosa, Morbius plays a role in the re-ignition of Sony’s Spider-Man Franchise that has started back up again in more recent years. Unfortunately, this may be the biggest contribution to this film’s failure. In its attempt to bring Dr. Morbius into the MCU and introduce ways to bridge the gap between this and other films within it, such as Tom Holland’s Spider-Man trilogy and the recent Venom films, Morbius misses the mark in introducing the importance of ‘The Living Vampire’ itself. Instead, it appears to focus on ensuring the introduction of other characters who have already been introduced within the franchise (no spoilers here, but go check out the post-credit scene), almost in an attempt to confirm Michael Morbius’s involvement in later films. Simply put, instead of focusing on introducing Morbius’ character, steps have been skipped to try and provide the character with enough importance and bridges to ensure his inclusion in multiple films down the line. The loose connections to the MCU and across the Sony franchise ultimately feels pointless and creates more problems than it fixes, ruining moments that would have ordinarily been perfect.
Another aspect of Morbius that could be reason for scrutiny is the casting choices; after all, this is not Jared Leto’s first role in a superhero film. Ditched by the DC Universe after his portrayal of the gangster Joker in 2016’s Suicide Squad, Jared Leto has moved into the MCU, perhaps in an attempt for redemption. Undoubtedly, however, Leto has taken well to the role of a troubled, almost grungy and angsty Dr. Morbius, emulating his desperation and hope perfectly. Furthermore, the choices made on the casting of Matt Smith and Adria Arjona only further my opinion of a successful casting; not only do they carry amazing performances themselves, but they successfully complement Leto and share a chemistry that is needed to carry a weak storyline such as this one. A personal favourite and standout is most definitely Matt Smith; even as someone who has never seen his work in Doctor Who, it can clearly be seen why his popularity has only ever grown over the many years of him being on the big screen. A worry that this cast of big names would overshadow and cause problems is one that luckily needn’t have passed through the mind in the case of Morbius.
As an action film, important moments of a film such as Morbius includes the action itself. Having to include such complex CGI battles and fights has occasionally in other films caused problems within the storytelling, taking away from the true importance of the film. Luckily for Morbius, this film once again does successfully use these scenes to forward not only the story telling but the character development. However, as a film ‘in association with Marvel’, these scenes are far too rare and limited. Apart from a final battle scene, there really appears to be no other great action sequences, once again causing this idea that in the attempt to draw a line between Morbius and the MCU, it only causes more problems. Arguably, because of the higher expectations the franchise carries, Morbius does not improve in being associated with the MCU but instead causes more disappointment.

Ultimately, Morbius is unfortunately a weak attempt to portray ‘The Living Vampire’ in all its glory. Perhaps because of the hype and pressure it had surrounded it in its initial stages of production due to its Marvel associations, or maybe due to the lack of action it contains, this film falls at the last hurdle by forcing its association to greater franchises. Albeit Morbius is a story created by Marvel, but this film was an early introduction to the character of Dr. Michael Morbius, something it seems to have forgotten after the first few scenes. If only this character had not been pressured to be of great importance in his first film, he could have grown to later be a significant contribution to Sony’s Spider-Man franchise development.

Morbius is out now in cinemas

In the mood for more superhero films? Have a look at these articles from Redbrick Film:
Review: The Batman
Review: Spider-Man: No Way Home
Review: Venom: Let There Be Carnage