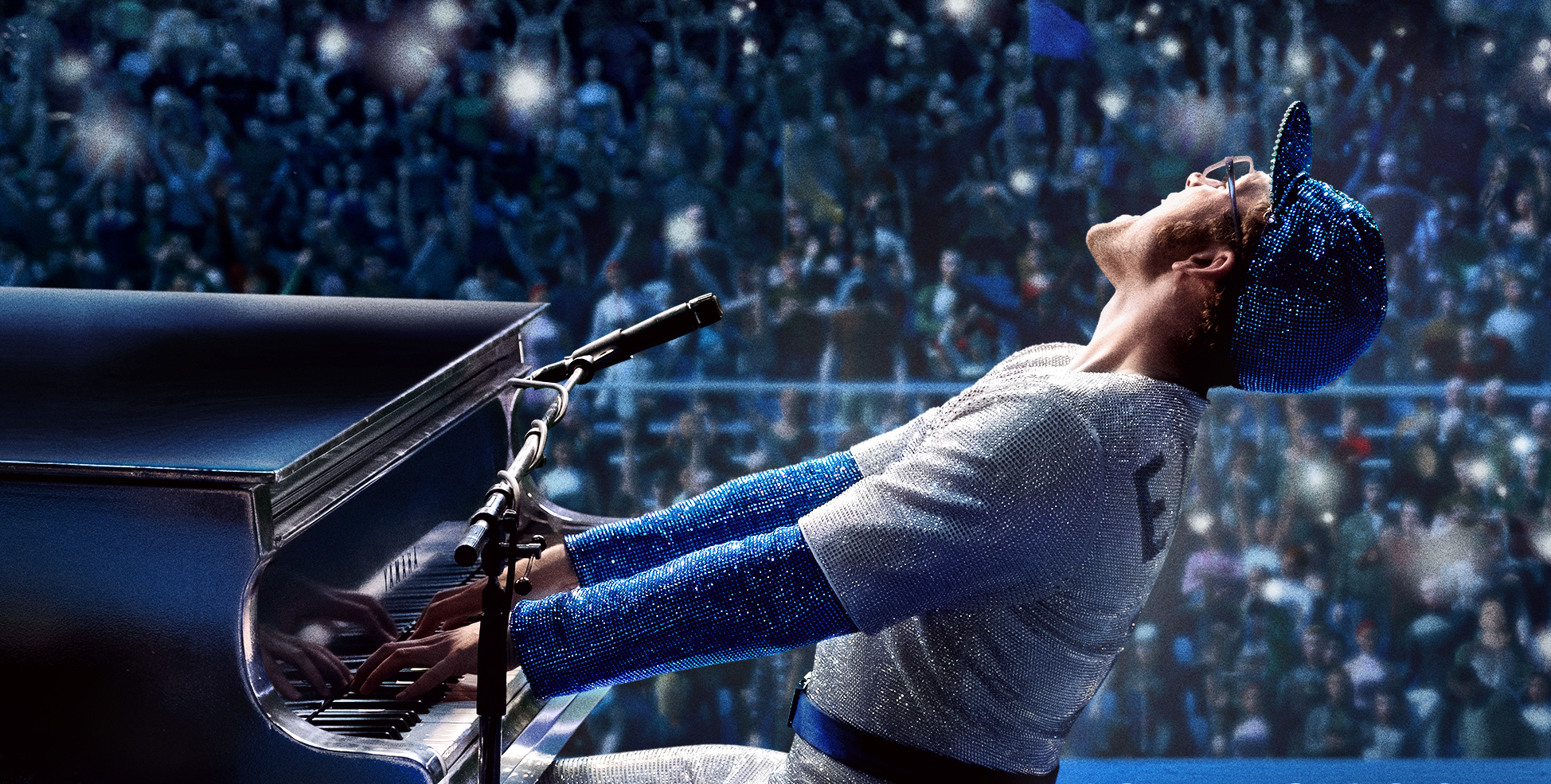 Yet, not only does Rocketman’s director, Dexter Fletcher, tackle this large array of topics, but he does so with theatricality and, of course, musicality. Fletcher cleverly navigates significant life struggles for Elton, such as suicide and accepting his sexuality as a gay man, with an appropriately light-hearted yet striking tone. For example, in a scene where Elton attempts to kill himself at one of his extravagant, overtly flamboyant parties in Los Angeles, viewers will still appreciate the cinematography. As for the leading performance, Welsh actor Taron Egerton (previously starring in Kingsman: The Secret Service and Eddie the Eagle) is the perfect man for the role, both for his quirky acting skills and also his remarkable singing talents. As an added bonus, Egerton is the spitting image of a young Elton John.

In scenes that aim to capture a feeling of euphoria and success in Elton John’s career, Fletcher uses interesting techniques and special effects to do so – with just one example being audiences floating, and somewhat flying, while watching him perform. Crowds on-screen are depicted with a level of awe and mesmerism towards Elton’s talent, and audiences, whether watching at home or on the big screen, are encouraged to think the same.

Pop-music biopic films have rocketed in recent years, with Bohemian Rhapsody, which celebrates Queen and their iconic legacy, hitting cinemas last October. Rocketman and Bohemian Rhapsody differ in multiple respects. However, both still effectively strike the right chord in providing an overall picture of a rock legend’s life, and afterwards you will feel like you have walked away from a very cool music lesson indeed.

Although within the first few minutes there are themes that hint towards a Mamma Mia-inspired film, with its overly theatrical and musical approach, Rocketman takes a less extravagant approach to a storyline based on the music industry, with poignant one-liners and wit.

Considering this, whether you are a fan of Elton John or perhaps completely unfamiliar, it is a film to be appreciated not only for its storyline, but also for its composure and cinematography. It will make you laugh, cry, sing and dance, or want to obsess over the legend that is Elton John for the next 24 hours, so it is assuredly a film for all to see.

VERDICT: Rocketman is something for everyone, and a feel-good film that will make you want to see it again and again. Its storyline includes all the central aspects to a satisfying and effective biographical film that will leave you appreciating not only the legend himself, but the wonderfully exciting and competitive showbiz culture of the seventies.