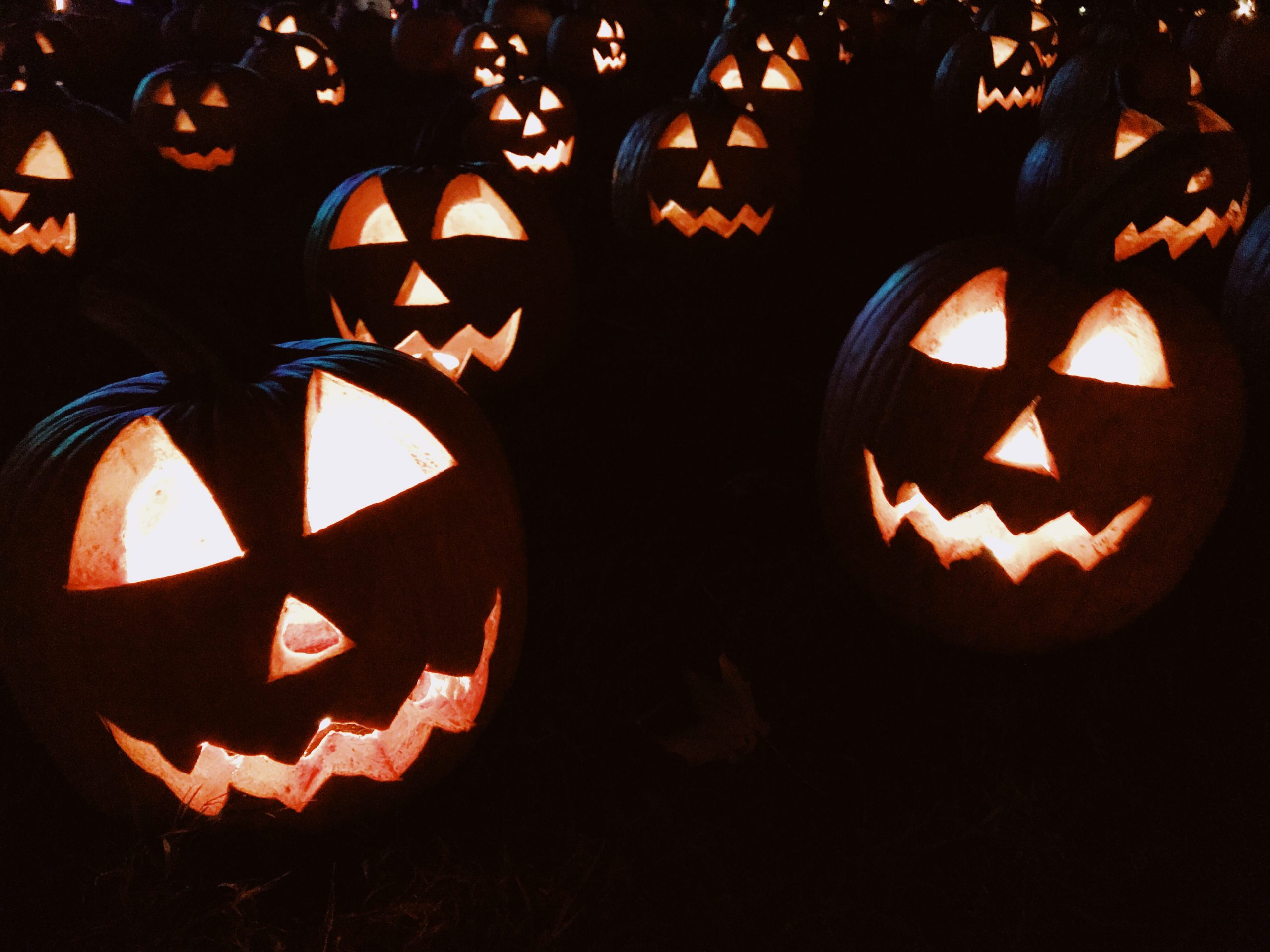 In the spirit of Spooky Season, the TV writers and editors discuss what their favourite Halloween episodes are

Bob’s Burgers is a show that epitomises all-out Halloween fun each and every year – producing hilarious Halloween episodes annually since 2012. From punny Halloween costumes to suitably spooky storylines, Bob’s Burgers pulls out all the stops to ensure a fantastic holiday episode. Whilst it is definitely hard to try to rank the Halloween episodes of Bob’s Burgers, the ‘Nightmare on Ocean Avenue Street’ episode of Season Nine is truly iconic. This episode sees the Belcher children trick-or-treating on their street, but the evening turns tense when a candy thief is on the loose. Meanwhile, Bob (H. John Benjamin) and Linda (John Roberts) watch as handyman Teddy (Larry Murphy) adorns the restaurant in increasingly extravagant decorations to compete with the handyman of the shop next door. A wholesome and hilariously spooky instalment to the beloved animation, ‘Nightmare on Ocean Avenue Street’ is my favourite Halloween episode by far.

Not only is this a brilliant Halloween-themed episode, but it also encapsulates everything great about Bob’s Burgers as a whole. From Louise’s (Kristen Schaal) grand plans to uncover the candy-stealing culprit to Linda’s misunderstanding of Tina’s (Dan Mintz) punny halloween costume – ‘nun of your business’ (a briefcase-wielding nun) – this episode is full of everything we know and love about the Belcher family’s classic scrapes. Not only this, but this episode takes the classic Bob’s Burgers use of puns and wordplay to the next level: Gene’s (Eugene Mirman) ‘André 3000 the Giant’ costume, the ‘My Bloody Kale-entine’ burger of the day, and of course the episode title’s reference to Nightmare on Elm Street, among many others. It is difficult to ensure that the constant stream of puns does not become tedious, but Bob’s Burgers pulls it off perfectly. Honestly, a marathon of every Halloween episode of Bob’s Burgers seems like an ideal way to celebrate the spooky season, but ‘Nightmare on Ocean Avenue Street’ should definitely be essential viewing.

I have lost count of how many times I have seen The Office, and even if I did know the figure, I would probably be reluctant to share it. To me, the show is like a warm, fluffy blanket that I can wrap around myself in order to be protected from all of the bad things happening in the world, and the Season 7 Halloween episode ‘Costume Contest’ is no exception to this.

Excitement fills the office when Pam (Jenna Fischer) announces that the prize for winning the costume contest is a coupon book (supposedly worth $15,000, although the accuracy behind this claim is questionable), and the characters spend the day going back and forth between the office and home, trying to come up with more and more extravagant costumes in order to win the prize. The subplot of the episode involves Michael (Steve Carell) being upset with Darryl (Craig Robinson) for ‘backstabbing’ him and going over his head, but the costumes alone make it worth watching. Gabe (Zach Woods) dressed as Lady Gaga, Angela (Angela Kinsey) as a sexy nurse, Dwight (Rainn Wilson) as the Scranton Strangler and Oscar as a ‘rational consumer’ are simply not to be missed. The episode even ends with a heartwarmingly wholesome moment; Jim (John Krasinski) finally relents after refusing to participate in the couples’ costume when Pam is called ‘dorky’ and returns to the office dressed as Popeye, to the utter delight of Pam. ‘Costume Contest’ is the perfect Halloween watch.

Friends, ‘The One with the Halloween Party’ – Erin Perry

Could I be any more excited for Halloween? Well, yes. Luckily, this is where Friends comes in with its only dose of spooky sitcom fun, aptly titled ‘The One with the Halloween Party.’ At risk of stating the obvious (because who hasn’t seen at least one Friends episode?), we follow the six friends as they attend Monica (Courteney Cox) and Chandler’s (Matthew Perry) party, dressed to the nines in some hit-or-miss Halloween outfits. Ross (David Schwimmer) gets fully into the occasion and dons a clever (to him, at least) SPUDNIK outfit, combining the Russian satellite with a potato. Unfortunately for him, the joke is lost on most. Better luck next time, eh?

Action elsewhere dips us in and out of pregnant Rachel’s (Jennifer Aniston) struggle bonding with children trick-or-treating and Phoebe’s (Lisa Kudrow) discovery of her twin sister’s dishonesty towards her fiancé. What, however, has to be the highlight of the episode is the culmination of Monica and Joey’s (Matt LeBlanc) debate over who would win in a fight: Ross or Chandler. Cue two grown men arm wrestling for ‘pride’ and ‘dignity’ while dressed as a potato and pink bunny, respectively. So, whether you are a long-time Friends fan or a newbie who wants an episode to test out, ‘The One with the Halloween Party’ is the perfect place to get into the Halloween spirit this October.

The Halloween episode of On My Block differs somewhat from the usual ghoul and ghost-packed episodes you see in TV shows, and instead deals with the very real fears which the characters face living in the gang-run area of Freeridge, Los Angeles.

At the start of the episode, Ruby (Jason Genao) explains to newcomer Olivia (Ronni Hawk) that their friend group no longer go trick-or-treating due to their bad experiences in the neighbourhood over the years. One year the Prophets (a Freeridge gang) rolled up on them, put a gun to their heads and took their candy, and the year after they were caught in a drive-by, which means that the threat level of trick-or-treating in Freeridge ‘is always red.’

When the group eventually decide to go trick-or-treating in Brentwood, the nearby wealthier neighbourhood, they stumble across a house party where the host is dressed up as a stereotypical gang leader. After the group end up in an accidental dispute, they are chased out of the party and attacked with eggs. Cesar (Diego Tinoco) calls his older brother, ‘Spooky,’ (Julio Macias) the leader of the Santos gang, who shows up to the party and confronts the host. In one particularly tense moment, Spooky licks his finger and wipes away the host’s fake teardrop tattoo before doing the same to his own- which of course does not wipe away because it is real.

While this scene may seem like one of sweet revenge, Cesar’s internal struggle afterwards highlights why stereotypes and wearing cultures as costumes can be incredibly hurtful. Cesar says: ‘Those kids in Brentwood, they don’t think we’re people, they think we’re costumes.’ By calling Spooky for backup, Cesar feels he only ‘played into the stereotype,’ that all Hispanic people from Freeridge are gang members.

My, my – how can you resist Community’s ‘Epidemiology?’ The Season Two Halloween episode is a perfect concoction of pure camp and cult horror as tainted taco meat causes a zombie outbreak at Greendale. ‘Epidemiology’ truly has everything: great costumes (Abed as the Xenomorph is especially delightful), great jokes, and playful jabs at all the classic zombie-horror tropes. But the best thing is that the Dean’s playlist is stuck on repeat – meaning that the soundtrack is a glorious ‘endless loop of ABBA.’

If you’re somehow not sold on the amazing combination of zombies and ABBA, it’s also notable that ‘Epidemiology’ is strangely unique in the Community canon. The ‘outbreak’ is very much a real threat, compared to the hyper-stylised paintball episodes where ‘dying’ just means getting covered in paint. This results in one of my favourite moments in the entire series – Troy and Abed’s Han and Leia homage. It’s a testament to how compelling their dynamic is that a silly Star Wars reference manages to make me emotional every time.

‘Epidemiology’ takes full advantage of Community’s incredibly talented ensemble cast, and it’s perhaps the best example of the sitcom’s genre-fluidity. It’s perfect if you need a quick shock of spookiness to the system – or just want to be reminded of ABBA’s greatest hits.

During its seven-year run, Pretty Little Liars became known for its Halloween episodes that contained some sort of costume party and a reveal within the larger story. The show aired all the way from the early days of the digital age into the peak of social media, influencing everything from damaging depictions of romance and mental illness to mainstream affirmations of queer identity.

In my opinion, nothing tops the very first Halloween episode of PLL, ‘The First Secret.’ The episode takes place a year prior to the events of the first series when queen bee Alison DiLaurentis (Sasha Pieterse) still reigned over the small Pennsylvania town and confident newcomer Jenna Marshall (Tammin Sursok) threatened to topple her rule. The episode references spooky recurring motifs like dolls and twins. Though the least elaborate and fantastical of the Halloween episodes, the costumes have an endearing DIY feel, bad wigs and all.

Set in the good old days when Mona (Janel Parrish) had yet to be revealed as ‘A,’ with the promise of many more mysteries still to come to a head, and the added nostalgia of the early 2010s, ‘The First Secret’ is perfect to rewatch and reminisce about over Halloween.