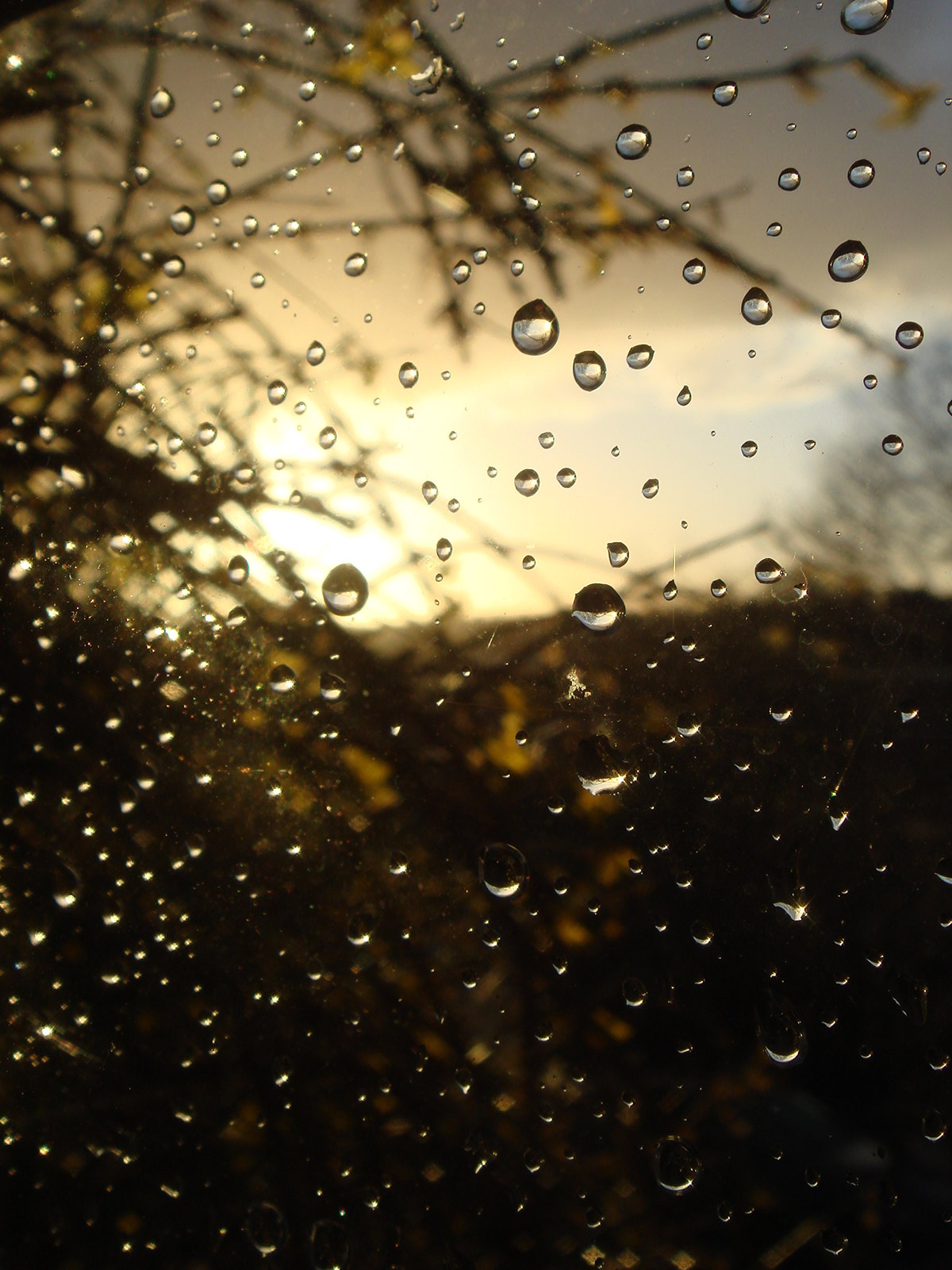 The Language Around Abuse

An Anonymous comment writer shares their experience of domestic abuse, and discusses their views on the harmful misuse of the language around abuse

Written by Guest Author
Published at 15:00 on 15 November 2019
Images by Angeli Laura De

Content warning: this article contains themes of domestic violence and psychological abuse which some readers may find distressing

I was in an abusive relationship. That is, and I think always will be, extremely hard to say. It makes me nervous, and that’s not very accurate but also the best way I can think to describe it; I get this tight feeling in my chest and my palms get sweaty, very tingly. I start to fidget and it makes me want to get up and go, to pace, to try and shake it off.

And no, it’s not something I one day decided to call it. It’s taken a very long time to be able to call it that. I needed confirmation from multiple different sources – I spoke to and used Women’s Aid, I was finally honest with my family, I saw a counsellor. But that’s a whole other thing in itself; I felt that without these steps no one would have just taken my word for it. I needed evidence, sources, like I was compiling a database to write an essay. No one ever believes just you.

Abuse, abusive – they’re heavy words, almost literally for me. It sits like lead in my mouth and it’s a struggle to force it out, it gets stuck. It took me a long time to be able to begin to say it – just over a year since I was out of that situation. My biggest fear was seeming dramatic, unreasonable, dishonest. Lots of my friends (no longer my friends) were, and are, still mates with him – he’s a sound lad they said, he’s good company, got good banter. He was still invited to pre-drinks and parties where I was present. They didn’t know all of what happened, but enough to question his character, to think about what kind of person does that make him if he could do that? But it wasn’t enough to change how they saw him. It made me think that how I saw him, what I felt, was exaggerated – that I, maybe overly-emotional, had blown things out of proportion. I wasn’t in the majority and it made me feel invalidated and diminish the reality of my situation.

Abuse, and specifically relationship abuse as that is what I have experienced, is the use of abusive and coercive behaviours with the intent of keeping power and control over a partner. Abuse can be physical, sexual, emotional and even financial and can include threats, isolation and intimidation. Some kinds are incredibly hard to spot. Things I experienced included isolating me from my family, being pressured to send nude pictures and have sex when I didn’t want to, wearing down my self-esteem through constant criticism and humiliation, and witholding affection and communication for long periods of time to get me to do what he wanted.

There is never an excuse – anger, being drunk, jealousy. It’s never okay.

But there is also something else that I strongly feel diminishes the reality of the situations of those who have survived abusive relationships, and that is the overuse of the words abuse and abusive.

I was with two friends of mine who are a couple. The boy was tickling his girlfriend, it was funny and playful. Eventually, having had enough of being tickled, she exclaimed ‘Stop now! You’re being so abusive!’.

I was out at the pub with a group of friends. Everyone was bantering each other, the usual. One of my friends said a joke about the other, and in response he digs him in the arm. My friend then dramatically rubs his arm and jokingly says ‘God, can you stop abusing me.’

When stuff like this is said it makes my heart skip a beat – I can feel myself fall flat, my stomach lurches. The word makes me incredibly uncomfortable. I know its misuse in this context is unintentional but as I said words carry weight, and the flippancy with which it is used in conversations and offhand comments is wrong.

So imagine how I felt when I read an article by the online publication Swoon. I then typed in ‘ghosting’ and ‘abusive’ in the Twitter search bar – literally hundreds of tweets calling it an abusive act, zero exaggeration intended.

For those who do not know, ghosting, in the context of relationships, is when someone suddenly cuts all ties and communication with the person they’ve been seeing. The theory behind ghosting is that the person who is being ignored will just get the hint and realise their partner is not interested in dating anymore so the subject should be left.

Yes, ghosting is emotionally cruel, immature, and unempathetic. As I previously defined, abuse can be emotional, and psychological abuse is common and underreported. There is a tactic abusers use similar called stonewalling that is similar to ghosting. I experienced it. It’s when your partners cuts off all communication with you and gives you the silent treatment until you behave how they want. Emotionally withholding and being hot-and-cold with affection are also ways abusers manipulate their victims into doing as they say. And while this isn’t what most people mean when they talk about ghosting, this is what harmful behavior that’s classified as abusive looks like.

But context is key and if ghosting is something you have experienced from a partner as a part of a larger pattern of abusive and coercive behaviours, then that is different.

As aforementioned, words carry weight, and using ‘abusive’ as a catch-all term to describe rude and unkind (but not controlling and traumatic) dating behaviour isn’t helpful at all. I’d hope that people would try and err on the side of caution before jumping to describe such things as ‘abusive,’ especially given the likelihood of abuse victims minimising the magnitude of their situations, and the fact that emotional abuse is extremely hard to detect and prove. This generalisation has the potential to increase confusion and self-doubt in victims. For women and others who are vulnerable, ghosting an abusive partner is often the safest way to escape the relationship or situation, and while internet users likely don’t have abuse victims in mind when they describe ghosting as evil and traumatic, these statements have the potential to make victims feel even more guilty and torn about leaving. Relatedly, claims awful dating behavior like ghosting is abusive help fuel the myth of mutual abuse. It’s so common for abusers to attempt to diminish their behaviour and confuse and implicate their victims by saying things like, ‘You’re just as bad as I am’ and ‘you did xyz to me!’. Thus, overly broad definitions of what constitutes abuse helps abusers to draw these false equivalencies.

But then, you could also argue that me fussing about what constitutes abuse is counterproductive, even dangerous? That’s why I’m not saying that ghosting can never count as abuse – me completely shutting it down would be enormously unhelpful. I realise that it’s all about context, and while calling ghosting in and of itself abusive can be too strong, taking the relationship into context is what determines whether that behaviour is being used as an abusive tactic.

Ghosting is more often a marker of the emotionally immature than the emotionally abusive and what helps to also determine the difference between the two is what abuse is defined as.  Abuse is a pattern of behaviors used by one partner to maintain power and control over another partner in an intimate relationship. The Power and Control Wheel is an excellent tool that can be used to assess your own situation as well as making people realise the variety of things abuse victims experience – even though it was developed in the 80’s its fundamentals still stand. So abuse is not your date ghosting you after the second date, or when a mate digs you in the arm. Ghosting can really hurt and leave you less likely to trust next time around, but anyone who has experienced abuse would probably argue that they’re not one and the same; I know I certainly do.

Words are powerful, that’s why when they’re misused it can have such a detrimental impact. The same thing happened to ‘gaslighting’ which in the beginning meant a sustained, deliberate attempt to make a partner doubt their perception of reality to the point that it drove them crazy; now it’s a rough synonym for ‘lying’ or being an arsehole. I see people throw it around on their private instas like it’s a meme. Now, everything is ‘toxic,’ and that word is barely taken seriously now, when in reality it is a valid descriptor for a poisonous relationship or situation. And this doesn’t just stand for words that relate to relationships – mental health is another big area where the misuse of language has a serious impact on people’s ability to then feel like they can openly identify with or speak about their mental ill health. Needing to have the radio volume on an even number makes you ‘OCD’ and someone who gets angry is a ‘psycho.’ Sadly, there are plenty more examples of overgeneralised or dumbed down language use that is harmfully reductive.

I know it’s hard to think about every word you say, and I’m not asking that people start carefully structuring every sentence in their heads for fear of offending someone. I just want people to realise that words are powerful; words hold meaning, words hurt. Topics like this, that are fraught and important, require a lot more thought, attention and nuance than we allow them.

I hope that hearing from someone who has experienced abuse will make you think a bit more next time the word comes to mind. As I’ve said a dozen times, words are powerful – I hope mine have done their job.

If you have been affected by any of the issues raised in this article, the following organisations can be contacted for guidance and support: