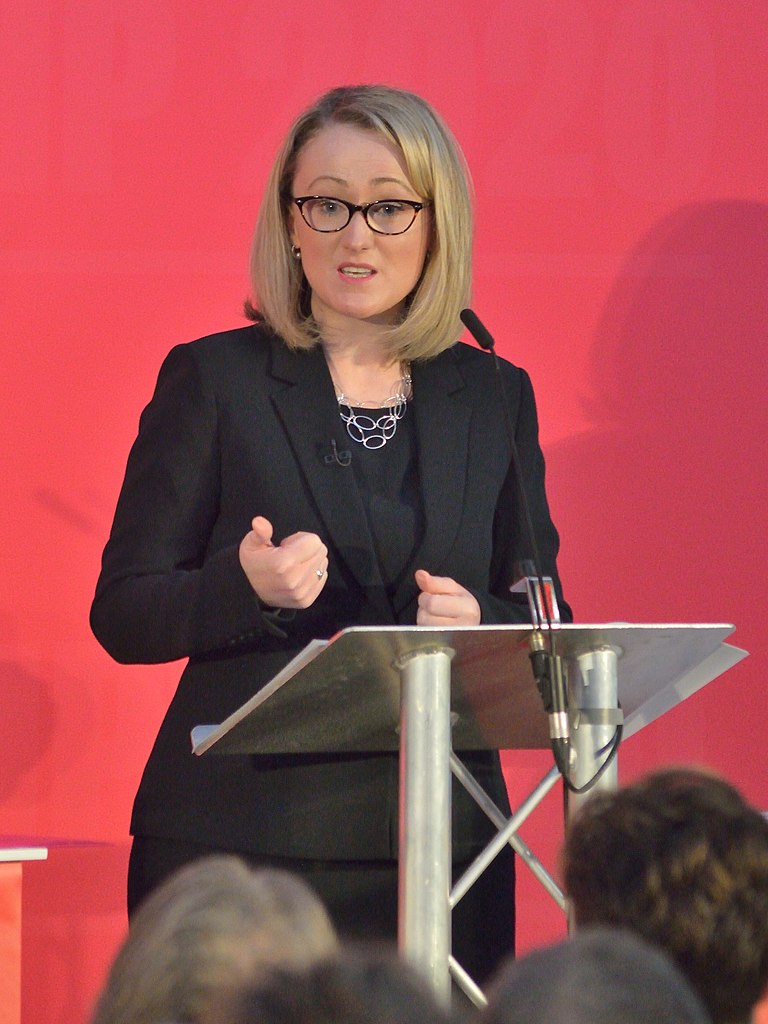 The Sacking of Rebecca Long-Bailey: Starmer is Serious About Tackling Antisemitism, Clearly Many on The Left Are Not

Comment Editor Freya Wainstein discusses the recent sacking of Rebecca Long-Bailey, and why this is a step in the right direction for the Labour Party to regain the trust of the Jewish community

Written by Freya Wainstein
Published at 17:00 on 9 July 2020
Images by Rwendland

Last week, seemingly out of the blue, news broke that Labour leader Keir Starmer had sacked Rebecca Long-Bailey from her position as Shadow Education Secretary. The decision was taken in response to her sharing an article that contained an antisemitic conspiracy theory, with the caption ‘Maxine Peake is an absolute diamond.’ The theory asserted, incorrectly, that the US police tactic of kneeling on someone’s neck – which caught media attention after the death of George Floyd – had been taught by the Israeli secret service.

My immediate reaction to this news was positive, perhaps even a feeling of relief, and I initially assumed Starmer’s decision to be an uncontroversial one. It seemed to me to be a statement that his Labour Party will not stand for any antisemitism and appeared to be the first step of a long journey to gaining back the trust of the Jewish community. It is worth noting that I am all too aware that one can criticise Israel without being antisemitic. However, this case is clearly not an example of thoughtfully criticising the Israeli government. Instead, Maxine Peake falsely linked Israel – which has inevitable links to the Jewish community – to the death of George Floyd. ‘The problem is,’ as Ed Miliband pointed out, ‘that over the centuries when calamitous things have happened, Jews have been blamed.’ By calling this out, Starmer showed that he would not condone the spreading of these ideas by members of his cabinet. He showed that he is ready to finally tackle the antisemitism systemically ingrained in the Labour Party.

I was, therefore, upset when I saw the response from my online left-wing microcosm. Whilst some on the left, such as shadow work and pensions secretary, Jonathan Reynolds and Ed Miliband, have backed the decision, the first responses I saw were negative ones. I felt hurt, as a Jewish person, that immediately people seemed to be belittling Long-Bailey’s actions. It seemed to be brandished as an unthoughtful, rash decision, with Owen Jones suggesting Starmer’s response was an ‘absurd overreaction.’ Similarly, Len McCluskey, the general secretary of the Unite union, condemned Starmer, labelling his move an ‘unnecessary over-reaction’ because of the risk of disunity for the party. This was echoed by Jon Lansman, Chair of Momentum who said ‘sacking Rebecca Long-Bailey for sharing an interview in the Independent with one of Britain’s most loved actors is a reckless overreaction.’ Not only does this reaction diminish the experience of antisemitism, but it seems to me to demonstrate a complete lack of awareness at how much hurt the Labour Party have caused the Jewish community, and thus how much they now need to do to earn back their trust.

If this was an isolated incident, it would be a completely different matter. Unfortunately, it is not, it is a systemic problem. This is why however small it is, any instance of antisemitism by members of the Labour Party needs to face a strong reaction and clearly, Starmer understands this. He understands how much hurt was caused and is determined to repair the damage that has been done. And in a way, the immediate response that I witnessed shows exactly why Starmer’s actions were necessary: the antisemitism is so deeply ingrained in the Labour Party that when it gets called out, that decision is condemned. This is ‘precisely the problem’ Jonathan Freedland writes: ‘The failure, even after several years of this stuff, to see anti-Jewish prejudice when it stares them in the face.’

I was also upset by the immediate comparison to racism that so many made. Rather than condemning the act of antisemitism, many jumped to call for other members of the cabinet to be removed. Tweets such as ‘if you truly oppose racism and discrimination…now is the time to expel those members who racially abused Diane Abbott and Dawn Butler in the Labour Leaks report…it’s apparently very very easy’ riddled my timeline. Of course, I agree. I am in no way suggesting that removing the abhorrent systemic racism in this country is anything but necessary. However, making this immediate comparison only works to compare the two which is not helpful. This response made it seem as if we could not simply condemn Long-Bailey’s actions or sit with the hurt it may have caused the Jewish community, but instead should use it as a springboard to tackle a wider and separate issues of racism in the party.

Upon further consideration, I do take some issue with Starmer’s handling of the issue. Whilst, as I have made clear, I think it was the right thing to do, Starmer’s response does seem strangely sudden. In an article for The Guardian, Long-Bailey wrote that ‘I asked to issue a press statement and to discuss it with Keir, so we could sort this out. But when he did call me, he had made his decision.’ On the other hand, Jonathan Freedland suggested that ‘it was Rebecca Long-Bailey’s refusal to delete, and apologise for, a tweeted endorsement of the Peake interview that saw Keir Starmer make his first shadow cabinet sacking.’ Of course, nobody knows what goes on behind closed doors, but if Starmer did not give her to chance to apologise, I find this troubling. An immediate decision to fire her with no conversation beforehand seems resonant of ‘cancel culture,’ something which I believe to be counterproductive. Whilst he should be practising zero-tolerance for antisemitism, I also believe Starmer should set an example of, and thus encourage, tolerance in general. However, I am still unsure whether these are compatible. Perhaps they are not and if not, in this case, I believe zero tolerance for antisemitism was the right decision.

Whether or not Starmer handled the situation perfectly, or whether Long-Bailey herself was contributing to the antisemitic prevalence in the party, her sacking was certainly a necessary move to show that Labour will no longer tolerate antisemitism. Something needed to kick-start the removal of a systemic problem, and it seems to me that the sacking of Long-Bailey was a suitable place to start.

The Battle With Tradition: Black Lives Matter in Rural Britain