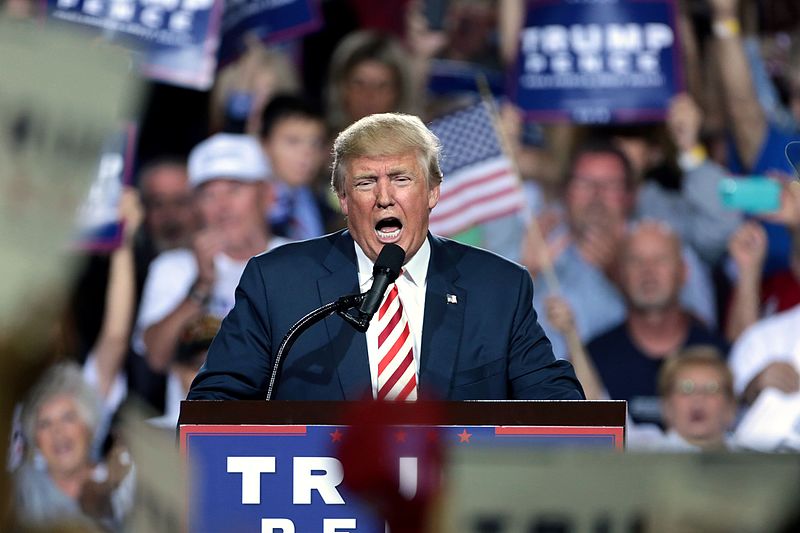 Written by Issy Griffiths
History & politics student
Published at 13:00 on 19 May 2020
Images by Gage Skidmore via wikimedia commons

With the countdown to the US presidential election closing in and voting for the Democratic candidate well underway, we are beginning to see the familiar quadrennial wave of celebrity political endorsement. Once again this resurfaces the debate as to whether celebrities announcing their political allegiances is ethical or morally right. This is especially worth investigating in light of our current ‘celebrity culture’ in which people increasingly tend to worship and revere their idols, therefore holding their opinions in particularly high esteem. Should celebrities share their political opinions or keep them to themselves?

This is especially true for the significant percentage of the population for whom politics is not of great interest or is of low priority, who as such may often rely on the view of someone they admire. In fact, a study published in the European Journal of Marketing found that those who have a low political salience, that is to say a minimal interest in politics, are 28% more likely to vote for a candidate who has been backed by a celebrity than one endorsed by a regular professional. These figures suggest that celebrities are clearly extremely powerful political allies and bigger players in elections than is often realised.

But is this such a bad thing? Perhaps through their endorsements celebrities are succeeding to persuade people to vote who otherwise would not, which can surely only be a good thing in a democracy.

However in the same way that celebrity endorsement can help to bolster a political campaign, so too can it actually hinder a campaign’s success. For instance, the same study mentioned earlier also found that those with a strong interest in politics were actually put off from a candidate who had received celebrity endorsement, subsequently being 11% less likely to vote for them. This suggests celebrity endorsements are not a sure-fire win for aspiring candidates after all.

So what sort of ‘endorsements’ are we talking about here?

Notably, during the last few months several celebrities publicly backed formerly hopeful democratic candidate Bernie Sanders. For instance, Ariana Grande was a highly vocal supporter over Twitter. Similarly, in February Shailene Woodley also announced her support via Instagram and we saw Hailey Bieber do the same in an interview with Elle. Naturally Joe Biden also received numerous endorsements from celebrities such as Alec Baldwin who announced his support live on The View, and Cher who took to Twitter: ‘I choose you, babe’.

This was also a common trend in the run up to the 2016 election which saw Kanye West notoriously back Donald Trump for instance, habitually wearing his ‘Make America Great Again’ cap and referring to Trump as his ‘brother’.

But why is celebrity backing frequently considered such an issue since candidates are almost always both endorsed, often in equal measure? What’s more, why are we so happy for celebrities to address social issues like poverty and racism but not endorse political candidates- the logical progression from such issues- seeing as these are the themes upon which candidates run?

The main issue is the extreme influence which celebrities hold over potentially impressionable fans. For instance Taylor Swift, as she explains in her recent Netflix documentary, actively chose to remain silent on politics for years since, knowing how much it could influence her young and impressionable fanbase, she did not feel qualified enough to offer her opinion. In fact, this spotlights another important point- how can we be sure that a celebrity has properly educated themselves on the issues of which they speak? And even if they have, why should the opinion of one (often unqualified) person have a more wide-scoping audience that of a highly qualified economist or political scientist?

This is definitely an issue to be wrestled with, however one which I do not believe has a clear resolution, since the voices of stars will inevitably always have a larger reach than say an economist. So long as we remain infatuated with celebrity culture we are giving platforms to these people, and so cannot expect them to remain silent on important issues.

For me, I feel celebrity engagement in politics and political endorsement is only an issue when the said celebrity has not researched the issues at hand, or articulates views that are problematic and spread hatred. But who is to decide which views constitute problematic? Naturally such matters are highly subjective.

As such I think we have to learn to accept celebrity endorsement as an enduring feature of major elections within a democracy, and just aim to encourage people to research the political issues under which candidates are running so that they can form their own opinions, rather than being susceptible to influence from public figures. Furthermore, if we do not approve of a celebrity’s politics, we should avoid supporting their brand – it’s that simple. We may not elect our celebrities as we do our politicians but we can still exercise our democratic powers by choosing to boycott the music, films or brands of those whose politics we oppose, since only through this can we influence which voices are heard the loudest.

Check out some other Comment articles about the US elections and celebrity culture:

What Coronavirus Means for The US Presidential Election

Is COVID-19 The End For Celebrity Culture?