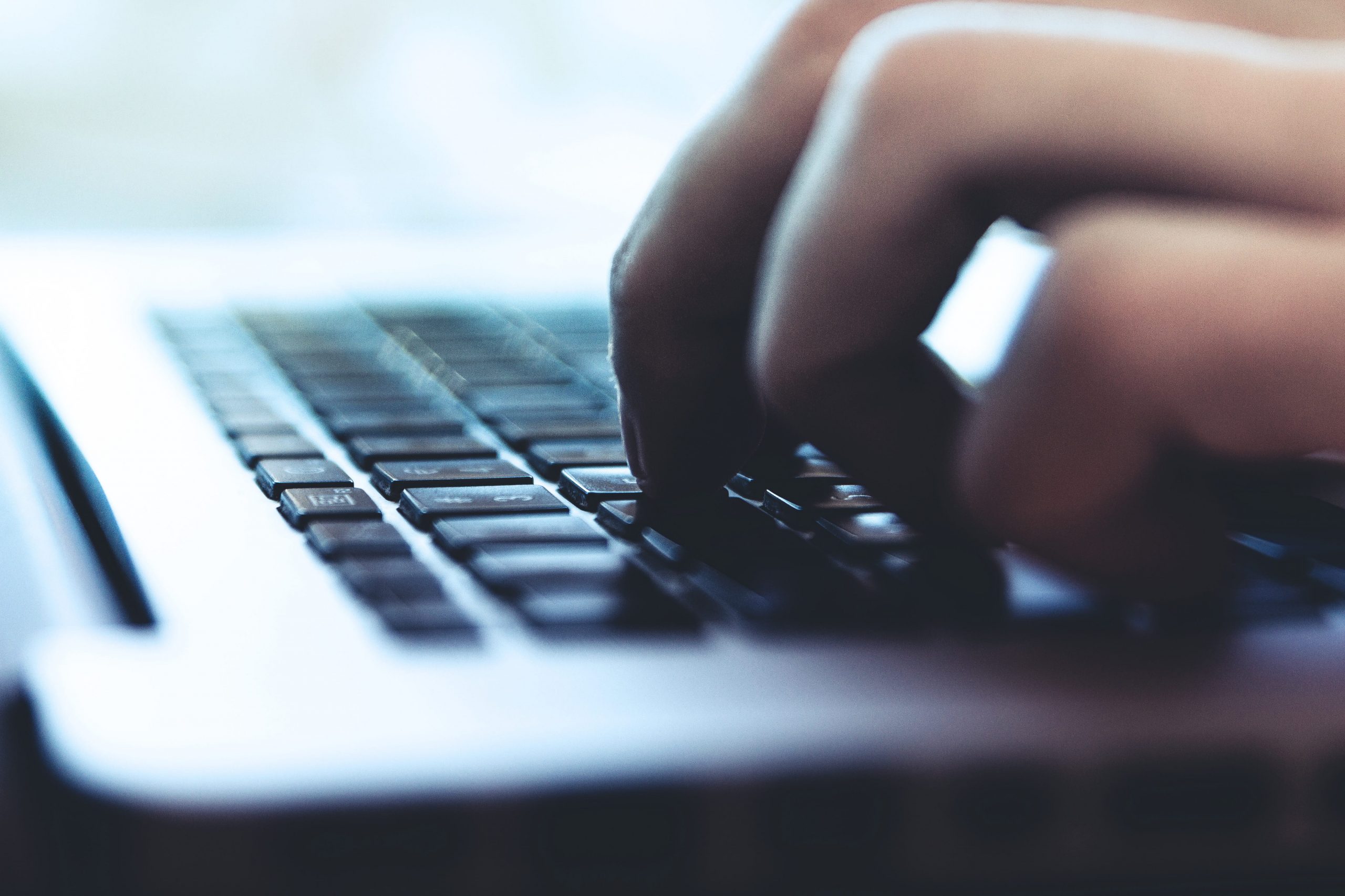 Understand Before You Comment: Rape Culture at UK Universities

Written by Abby Spreadborough
Published at 10:00 on 23 February 2020
Images by Pxfuel

What constitutes sexual assault is always being redefined. The current legal definition of sexual assault ‘is an act of physical, psychological and emotional violation in the form of a sexual act, inflicted on someone without their consent. It can involve forcing or manipulating someone to witness or participate in any sexual acts.’ This definition has been years in the making. Under 30 years ago marital rape was legal, upheld by a legal tome from 1822, in which Barrister John Frederick Archbold wrote that a husband ‘cannot be guilty of a rape upon his wife.’ Just last month Netflix’s Sex Education tackled sexual assault with an episode in which Aimee-Lou Wood’s character is sexually assaulted on a bus but instinctively dismisses it before later confronting the assault surrounded by other female characters all with their own stories of sexual assault and harassment. All their stories differ but are drawn together by a conscious change in behaviour, whether that was defiance or sustained anxiety. Television imitates life, the story line for the show was drawn from one of the writer’s personal experiences, an experience which cannot be dismissed although some may encourage us or even culturally condition us to.

However, such dangerous dismissal or rather blatant trivialisation abounds on ‘Fab N Fresh’, UoB’s facebook page used for everything from selling Fab tickets to warning others when someone is flashed on a street in Selly Oak. A pattern doesn’t only form in the consistent reports of harassment and sometimes assault, but in the comment sections of these posts. Recent posts have featured comments such as ‘no one likes your grey tracksuit stop flashing people’ and ‘told you to stop’, accompanied by students tagging their friends. It is important to acknowledge that some commenters do speak with sense and support, asking victims to report harassment as soon as possible, to those students I say thank you. Nevertheless, the trivialising comments far out-number those of concern and sympathy.

Reports of sexual assault and harassment often appear on ‘Fab and Fresh’ in attempts to prevent others from experiencing the same distress.

Yet when individuals choose to speak out, their experiences are diminished and used as a spring-board for comedy. ‘MeToo’ clearly came and went for these commenters, completely unregistered and unacknowledged. The fact that these unthinking at best and malicious at worst comments have come to characterise the discourse on ‘Fab N Fresh’ deter others from speaking out. Not only from speaking out on ‘Fab’ and potentially warning others, saving them the distress that comes with sexual harassment, but from speaking out in the event that something more severe happens.

A protest earlier this academic year exemplifies this point. In December 2019 a collection of shoes appeared outside on the Harding Law Library in the shadow of Old Joe accompanied by a banner demanding ‘UoB support sexual assault victims now.’ The protest was taken down shortly after it appeared adding ironic insult to injury. The shoes present represented the silent majority who do not report their sexual assault, with the shoe’s removal students trying to speak out for the silent majority were themselves silenced. The protest led to a petition calling on UoB to ‘take sexual assault seriously.’ In the past 5 years there have been 14 complaints relating to sexual harassment and assault at UoB. A 2019 Brook Report found that only 1 in 4 students report their sexual assault and 53% of students had experienced unwanted sexual behaviour from their peers, indicating that far more than 14 cases likely exist. Underneath every report of sexual harassment and assault on ‘Fab’ there are many other students who aren’t speaking out and will not speak out if students continue to trivialise cases of harassment.

Last year I spoke out about my own experiences with sexual assault after being spiked at a Birmingham club. I can testify first hand to the stigma, lack of closure and re-traumatisation which victims endure when reporting their assault or harassment to both the university and the police.

This sentiment was echoed in the petition, ‘it is a known secret, proven by the past experiences of other victims, that students who report their assault to the University’s ‘You Report, We Support’ team feel like they receive no resolution and no closure to their experience of sexual assault.’

That echo was redoubled earlier this year after a student told her story to The Tab. She claims she was raped in her student house after a night out but that UoB failed to investigate as the attack had taken place off-campus. The alleged attacker was, however, a fellow student. Consequently, the university offered to send a letter to the alleged attacker reminding of the student code of conduct. The now graduate told The Tab ‘the whole experience of dealing with the complaint is almost as bad as the night itself.’

The University responded by saying: ‘Our priority remains supporting the student concerned and ensuring that everyone is treated fairly and sensitively. The University gave careful consideration to the complaint, the serious nature of the allegations, and what action could be taken’

A student culture that trivialises sexual harassment and assault reported on forums like ‘Fab and Fresh’ directly feeds into a culture that fails to take sexual assault seriously on an institutional and societal level. This comes at a time when rape charges, prosecutions and convictions across England and Wales are at their lowest levels since 2009. Andrea Simon of the End Violence Against Women Coalition summed it up best, ‘the failure to prosecute rape sends a clear message not only about disregarding justice for survivors, but also signals to rapists that they are safe to continue offending, knowing the likelihood they will be held to account is miniscule.’ This applies to victims of harassment and assault too, with the Office of National Statistics estimating 668,000 offences amongst the population and only 5,832 offenders convicted.

It is important to add that sexual assault and harassment is not a ‘women’s issue.’

It is everyone’s issue, particularly students. It can happen to anyone of any gender. The most high-profile rape conviction in our history was secured last year when Reynhard Sinaga was found guilty of 159 sex offences committed against young men. Sinaga was a mature student at the University of Manchester where he completed his MA, he remained in the city despite completing a PhD at the University of Leeds. Manchester is the latest in a long line of university cities to be blighted by sexual assault cases.

In 2018 Warwick University made the headlines with its poorly handled group chat scandal. The so-called ‘lad’s chat’ included comments such as ‘rape the whole flat to teach them a lesson’, leading one student to complain to the university. Five students were subsequently banned from the university, with bans ranging from a year long ban to a lifetime ban. Two students appealed against their ten year bans meaning they were reduced to just a year, the public outrage that followed produced the ‘Shame on You Warwick’ hashtag.

More recently the University of Cambridge followed suit with victims claiming they felt let down by a lack of systems in place to investigate and suspend alleged attackers. From 2014 to 2018 allegations made to the university increased by 65%.

This is the context in which trivialising comments such as those on Fab and Fresh as well as those elsewhere in UK universities are made. A backdrop involving an institutional failure to address rape, sexual assault and harassment and a judicial failure to prosecute the perpetrators of these crimes. Students must understand the context in which their comments are made, working to improve this context not through trivialisation but compassion. Students must do better because their fellow students deserve better.