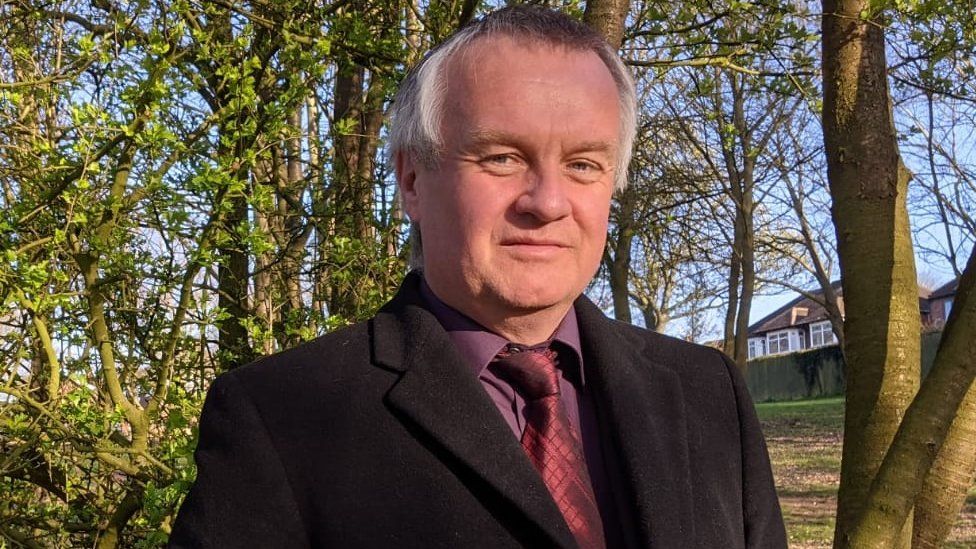 Written by Anastasis Mauriac
Published at 14:00 on 30 April 2021
Images by Pete Durnell

Formerly a member of UKIP (he was the party’s candidate for mayor in 2017, and has previously represented them in other elections – including the 2015 general election), he worked in IT management and consultancy before entering politics

Considering his previously unsuccessful attempt at winning election in 2017, the first question put to Durnell was why he had set his sights on the mayoralty once more. He responded: ‘I’d like to make my contribution towards changing the West Midlands, making it a better place to live.’

He continued: ‘I am used to organising people and getting things done. I can maybe transfer those experiences to a different environment. Make the West Midlands a better place’. With his career experience, Durnell knows how to handle and manage a team, which he sees as very important to carrying out the role of mayor.

Durnell further perceives the role of the mayor to be ‘a facilitator and an enabler, helping people in different ways, showing them what’s available, making sure they understand all the opportunities.’ Noting that the mayor only has access to a small budget, he believes that, above all else, the job should be ‘to bring everyone together and make sure they know what’s going on.’

One of the priorities in his manifesto is to make sure that students get the right skills for the world of today. Especially in automation, he wants to help the region produce the ‘right people with the right skills to be involved in the jobs that are going to be around in the future.’

Since becoming active in politics, Durnell has headed campaigns to leave the EU. The next question therefore centred on his plan to win over students, given that the majority of this demographic was opposed to Brexit.

‘Brexit to me was about engaging with the world, not necessarily the European continent’, he responded. Durnell, for instance, argues that the Erasmus scheme is exclusive – that it allows only wealthy students to travel. As such, he ‘would like to see people from all backgrounds going to all parts of the world.’ He also mentioned business and a desire for ‘global free trade and [a] global economy’ as reasons for his stance.

Another priority in his manifesto is mental health. He believes that the pandemic has had a cruel impact on people’s mental health – that the population has ‘been bombarded with fear for a year.’ Thus, he wants to increase mental health services to help remedy this issue. Otherwise, ‘people are going to have a lot of mental scars,’ he adds.

On the measures taken to tackle coronavirus itself, Durnell opposes lockdowns. He also does not think vaccines are ‘entirely the way out of’ the pandemic. Rather, he believes the ‘best chance’ can be found in ‘treatments for COVID’ – these include drugs such as Ivermectin.

Regarding the Commonwealth Games, Durnell describes himself as ‘not a massive fan,’ believing it to be very expensive and without long term benefits. He said ‘it was never going to be huge’ (even less so now with the potential for continued travel restrictions) so thinks it is necessary to ‘scale down our aspiration.’ Although he admits that the swimming facilities might be useful for local people in the long run, he otherwise believes the construction of large facilities will be a waste of money.

Next on the agenda was the environment, to which Durnell said: ‘I’m not a climate change denier.’ He is, however, skeptical that humans’ actions have had a real impact on climate change. His other concern is that the UK produces a small amount of greenhouse emissions compared to some other industrialised countries, such as China. Therefore, he wants the UK’s response to be a positive one, whereby new jobs can be created without ‘causing ourselves a problem as we do it.’

He continued: ‘I know the argument is that we should be leading the way […], but I’m not entirely convinced China is really going to care, to be perfectly honest. The world needs to work together and the world needs to do it in a constructive and positive way – that’s fair enough – but let’s just be a little bit careful.’

Given the small turnout of just 26.7% at the 2017 mayoral election, the last question Durnell was asked centred on why the people of the West Midlands region should care about the mayoralty and get out and vote on 6th May. He suggested that whilst most people do not want a mayor, having one to represent the region is important. ‘They can promote the region, they can talk to the government, and essentially put the case for the region,’ he said.

However, expressing dissatisfaction with the pay of unelected officials within the West Midlands Combined Authority, Durnell finished by pledging to do what he can to ensure taxpayers get value for money.