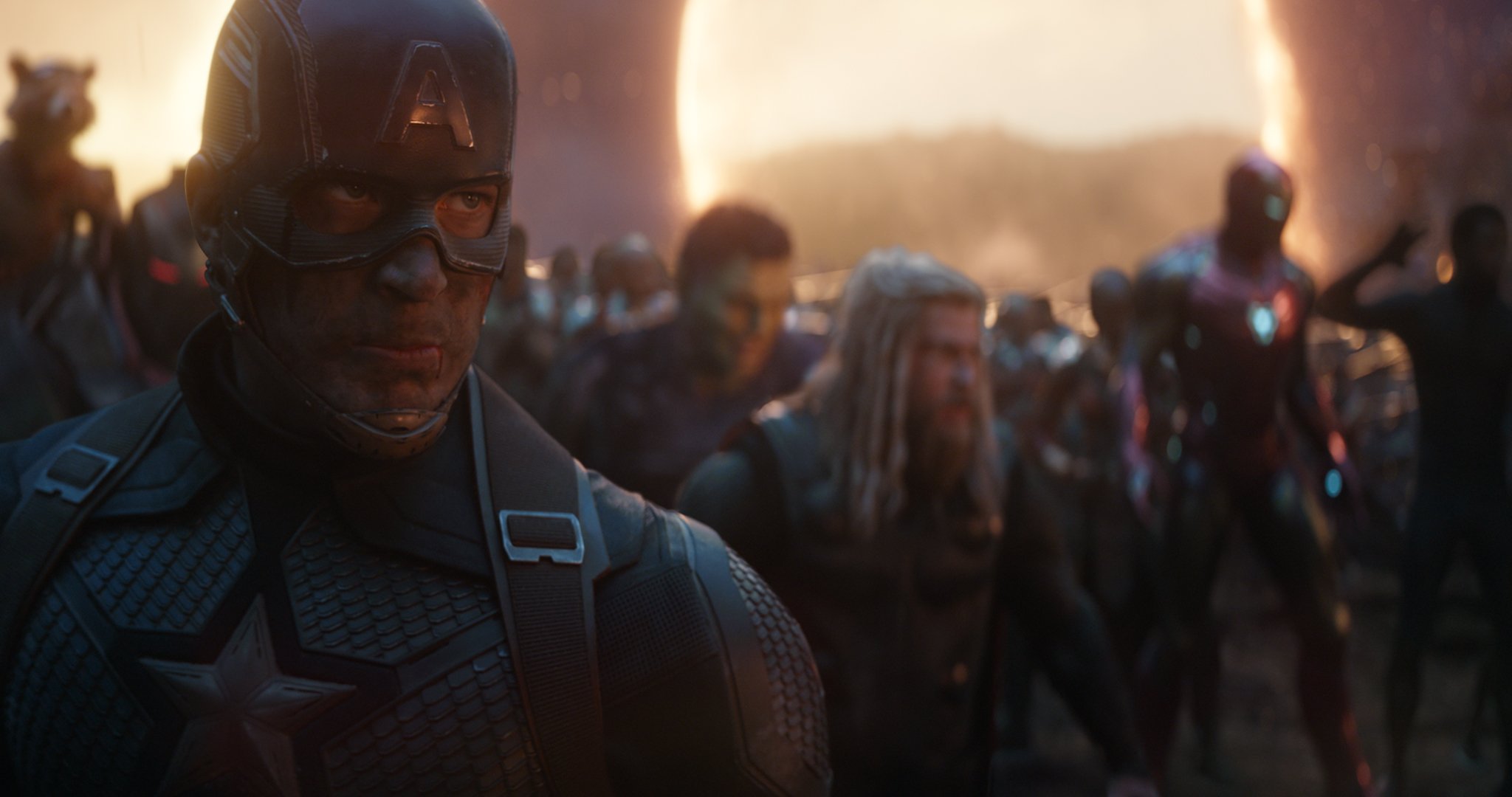 ‘What the Hell, Man? Spoilers!’ – What’s the Deal with Spoiler Culture in the 21st Century?

In light of the campaign to stop Avengers: Endgame being spoiled for fans, Film Editor Matt Taylor takes a deeper look to see just what the deal is

Matt Taylor
Third year English student and Film Editor with the capacity to geek
Published at 07:00 on 22 July 2019
Images by Marvel Studios

Spoiler culture is rife in 2019. It seems impossible to get away from spoilers, wherever you look. Social media is particularly bad for this; a stray tweet on your timeline before you’ve seen the latest film has the capacity to ruin your experience, as does a meme you may see on Facebook (the ending of season two of The Punisher was spoiled for me in this way and I still don’t think I’ve gotten over it). There are, of course, precautions to be taken; stay off Facebook, or mute a handful of tags on Twitter, but sometimes that doesn’t always work.

What is particularly interesting about spoilers in the 21st century is the, frankly, huge rift between how people tweet about films and how people tweet about television. You probably saw the huge campaign by Anthony and Joe Russo, directors of Avengers: Endgame, all but pleading people not to spoil the film for people who hadn’t managed to see it yet. By and large, this was a success – there were probably a few instances of spoilers sneaking through the cracks (including a now-deleted tweet from actress Letitia Wright, whose character was dusted at the end of Infinity War), but most people managed to see the film without it being spoiled and didn’t spoil it for other people afterwards. There was even a particular disdain on social media for people who did attempt to spoil any part of the film, regardless of how successful they were. This is the way everything should be, surely? Just be a nice person and don’t spoil the conclusion of a franchise that’s coming to an end after years of being around. Right?

Wrong. Game of Thrones also comes to an end this year (I’m writing this both before and after the finale has aired on Sky Atlantic). Here we have yet another series that has taken the world by storm, has been a mostly critical smash and closes the book on this chapter of its franchise in 2019. Regardless of how good or bad you think the season has been (I myself have severely mixed feelings – every time the show seems to take a step forward, it takes two steps back in the next scene or episode), it seems fair to say that you’d want to watch it without having it spoiled for you. This is admittedly personal preference; I know plenty of people who either don’t mind, or actively seek out, spoilers (including my girlfriend, who has a habit of researching a film’s entire plot to decide whether or not she wants to see a film). There’s nothing wrong with this at all – it’s the personal preference aspect of it that is important. I myself don’t understand how someone could watch a film for the first time having actively sought out the big plot beats, but if that works for them, then so be it. The issue arises when people in possession of spoilers, either through seeing the thing in question or searching them online, either threaten to spoil, or actually spoil, the thing in question. The act of actually spoiling something for someone can either be an accident or a deliberate act – while there are plenty vindictive instances of the latter, most spoilers I see on the internet are borne out of blissful ignorance, rather than deliberation. I’ve noticed this especially recently, as the final season of Game of Thrones has been airing.

The show airs at 9 pm on Sunday nights on HBO in the US, and Sky Atlantic run a simultaneous broadcast in the UK at 2 am. Personally, I haven’t found the quality of the show worth the effort of staying up until 2 am every week, so I simply record it and watch it anytime between Monday morning and Monday night. These hours are what I like to call the danger zone. Why, you ask? Because every single soul on Twitter decides it’s okay to live-tweet the latest episode of Thrones at the same time as the American broadcast, creating an absolute minefield of spoilers on the site. It’s extremely easy to nonchalantly open the app, forgetting about Game of Thrones entirely, and scroll through your timeline and stumble across a massive spoiler from the previous night’s episode. I take no issue with this, in itself – I’m aware of the risks of spoilers on social media – but what baffles me is the sheer disconnect between film and television spoilers.

Don’t get me wrong; if you deliberately spoil anything for anyone, you deserve to burn in hell. Most people hate spoilers; they want to go into the latest blockbuster knowing as little as possible (I myself did this with Avengers: Endgame, and it proved to be a more satisfying experience not knowing where the narrative was going). Why is it, then, that people are so secretive about film spoilers, but will post television spoilers willy nilly? This is a question I can’t seem to find an answer to, but it bothers me so often. While I usually manage to avoid spoilers myself, not everyone does – just because I watch the latest episode of Thrones first thing on a Monday morning doesn’t mean that everyone in the Twitterverse does the same. The spoilers are there to be seen in broad daylight, and not everyone can always avoid them. All it takes is a single word or line to ruin an entire series for someone; while this won’t be a problem for those that have already seen the show, those that are still catching up, or simply haven’t had time to see the latest episode yet, are at extreme risk of having it ruined. Many people don’t seem to care, and that’s what confuses me. Hell, I’m in shitposting groups on Facebook with better control over spoilers than most people on Twitter. But even despite that, it isn’t just regular people to watch out for on Twitter; since the end of Endgame’s second weekend, Marvel Studios have been tweeting TV spots for the film that feature horrific, and I mean horrific, spoilers from the film’s conclusion. Of course, I won’t spoil them here, but some of the finale’s biggest moments are being spoiled in an advert from the makers of the film. I assume Marvel are doing this to entice repeat viewings of the film – ‘remember how much you liked Endgame? Have a look at some of the best bits to remind you how much you want to see it again,’ that sort of thing. But even this comes after two weekends of the film’s being on release, a time in which most people who are planning to see the film will have seen it. This isn’t anywhere near the same as the live Thrones spoilers found all over Twitter, so the question remains; why is there such a rift between film and television spoilers?

Perhaps the rift is to do with the difference between film and television as mediums. Cinema-going is an activity in and of itself, where we become shut off from the outside world for a couple of hours, to be involved in something else entirely. Television isn’t that; as least, it didn’t used to be. The days of crowding round a television on a Saturday night are gone – the way we watch television, indeed the nature of television itself, has changed. HBO has led the charge on this; look at the early seasons of Thrones, or their Westworld, or something like Showtime’s Twin Peaks: The Return – television has evolved. Shows such as these have pushed the limits of what we thought television could be, and it has become more cinematic than ever. The Return was listed as Sight & Sound magazine’s second-best film of 2017, and, though many may argue its flaws, the penultimate episode of Thrones’ final season, ‘The Bells,’ was an absolute marvel of cinematography, better-shot and better-looking than many feature films I’ve seen recently. The teaser trailer for Westworld’s third season looks to continue this trend, not only by being simply ‘bigger,’ but even in its title: Westworld III. Not ‘season three,’ just ‘III.’ Since when have we seen simple numbered sequels anywhere other than the silver screen? Television such as this has become an event on par with the release of the latest Hollywood blockbusters – with bigger action, bigger stars, and bigger budgets, television is no longer the ‘small screen.’

Look at evolutions in home cinema technology. 4K Ultra-HD Blu-rays and Ultra-HD streaming are changing the way we watch television at home. If you can’t catch a film in the cinema, no worries! 4K Blu-ray will offer you the same experience from the comfort of your own home! I exaggerate, of course; as good as 4K is, nothing can replicate that big-screen experience – but 4K comes damn close. It’s as cinematic as home video can get, and it’s telling that we’re now getting TV shows released on 4K discs; each season of Westworld has been given a 4K release at the same time as the regular DVD and Blu-ray releases, and HBO are currently back-releasing the early seasons of Game of Thrones on the format. Television is evolving, and it’s looking like it will soon become an event on par with the cinema experience – if it hasn’t already.

So what does all this have to do with spoilers? Well, everything. Spoiler etiquettes for film and TV have always been different due to their formats; the immediacy of television lends itself to immediate discussion. I remember Monday mornings in primary school, when my friends and I would discuss Saturday night’s episode of Doctor Who at our first possible chance. This was old-school television. It’s since changed to become more cinematic, in every possible way – so surely it’s time the spoiler etiquette changed too?

It won’t, of course. No matter how cinematic television gets, no matter how much it transcends what we think is possible of a television show, the average consumer will still treat it as such and they’ll continue to live-tweet the spoilers of the biggest shows airing. But how much does that even matter, now that the two biggest pop-culture phenomenons of the 21st century are over? We survived the Endgame, and valar morghulis’d our way through the final episodes of Thrones. They’re over – what’s left to spoil? The Rise of Skywalker springs to mind, but that isn’t until December. Maybe we’ll be able to have ourselves a little break from having things spoiled until then. Maybe I’m just being naïve. But regardless, it doesn’t seem like spoilers will be going away anytime soon; they’ve ingrained themselves into 21st-century pop culture and it seems they’re here to stay.

Avengers: Endgame is available to pre-order now on DVD, Blu-ray, 3D and 4K UHD; Game of Thrones is currently streaming on NOW TV.