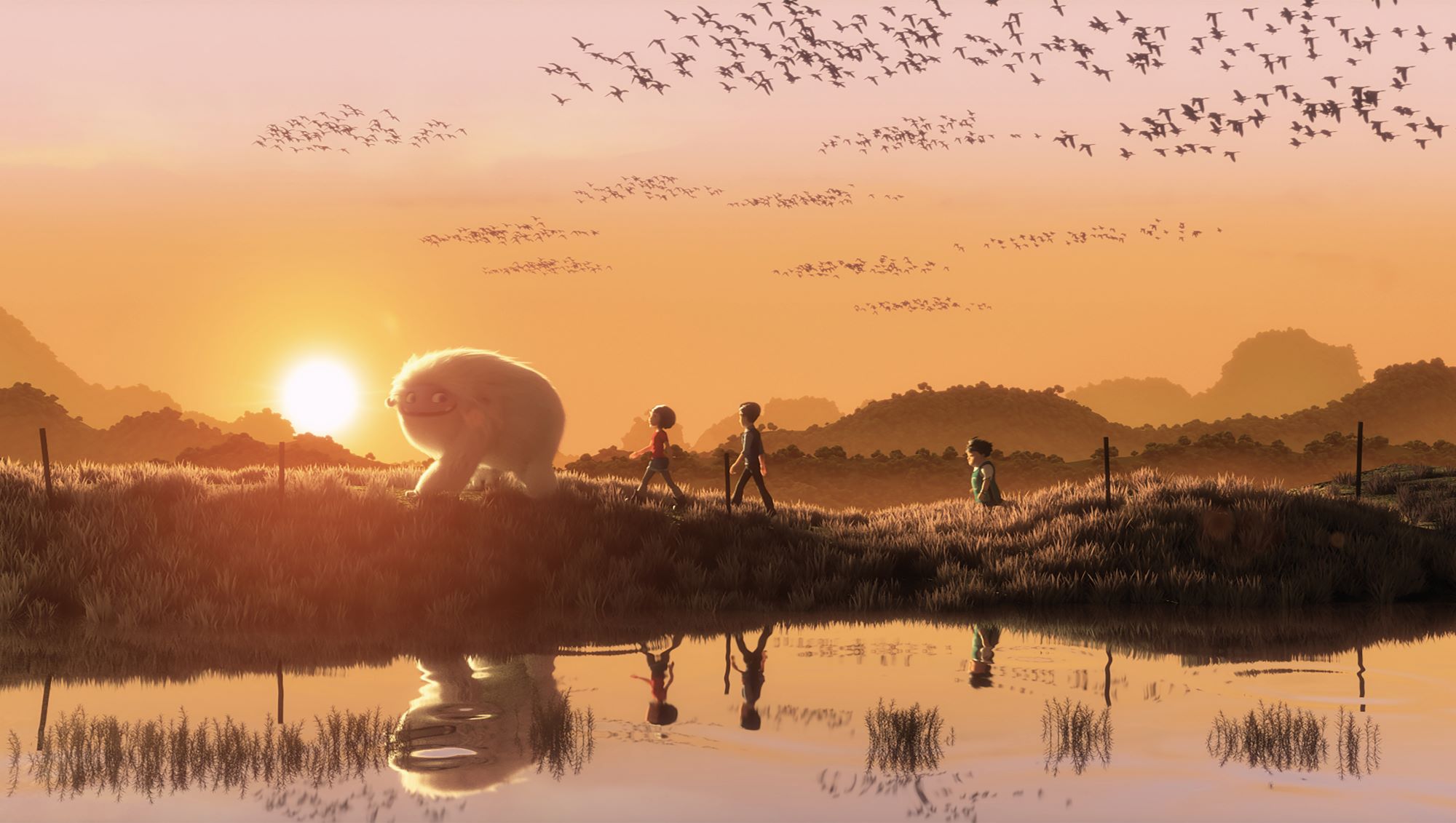 With Dreamworks putting their mythical dragons behind them, Film Critic Antonio Miguel Aguila steps in to see if the Yeti is a solid replacement

Written by Antonio Miguel Aguila
Published at 18:00 on 4 November 2019
Images by Universal Pictures

From the makers of How To Train Your Dragon, Abominable is another aesthetic adventure animation about a young person with a deceased parent who feels out of place with their surroundings, and begins to question themselves before going off into the unknown with an otherworldly creature. Knowing that Dreamworks were behind its production I held this movie to a higher-than-usual bar, considering they were responsible for what was undoubtedly one of the markers in the revolution of animated filmmaking. Alongside, of course, the likes of the hand-drawn art-style from The Tale of Princess Kaguya, the fur textures from Zootropolis, complex lighting scenarios from Big Hero 6 and the living, breathing comic book masterpiece that is Into the Spider-Verse. As we are currently living in the golden age of animation where adult cartoons such as Bojack Horseman have found an audience and continue to improve and grow, let’s not forget who originally held the animation limelight: children’s films – specifically, in the early 2000s, Dreamworks ones. In this fun and exciting journey that touches on Chinese culture and the beauty of nature, we are reminded about the importance of family and friendship. Though the film suffers at times with originality issues and slight errors of blandness, it has just enough heart to achieve some authenticity and enjoyability, and its level of diversity is remarkable.

To begin with, the directors Jill Culton and Todd Wilderman try their best with an overly clichéd and formulaic narrative. There are a handful of unexpected minor twists and generally good execution, but nothing ground-breaking. The film opens with an escape sequence from the perspective of the Yeti. It does a sufficient job of capturing the hurrying speed, attentive head turns and floor slides, yet it could have still done a better job (what with no fur protruding the edges of the screen and neither of the Yeti arms appearing in front of us). When we do see the Yeti, I couldn’t help but be fascinated by its conceptual design. With the help of the film’s excellent framing, lighting and sound design it is able to be transformed from an intimidating beast to a frightened helpless furball in the same shot.

After this, things start to get moving. We get a nice feel to the main characters, as well as unearthed emotions and awaiting conflicts and arcs. The ways they talk, dress and move evoke individual personalities. Dramatic conflicts are sufficient enough for them to be visible and not too excessive as to make it inappropriate for children. All the characters are written well enough and have a good amount of screen time in accordance to their relevance, except for the sidekicks. Peng overstays his welcome a tad and should have just been set to his minimum function as a plot device, rather than being extended into an actual character. Jin is a brilliantly written character that at some points overshadowed our protagonist. There are a multitude of distinctly awkward jokes that are so well-based in character that we can’t help but laugh along. With a good sense of pacing in the end, these jokes are partially exchanged for satisfactory endings of character arcs. Abominable doesn’t lose touch with its audience and continues to deliver some jokes towards its ending.

In terms of originality, it somehow achieves some authenticity. However, with its generic plot it cannot help but to draw links with other stories (there is a sequence that feels identical to one from How to Train Your Dragon). There are also a handful of plot-destroying moments of ‘why didn’t the Yeti do that in the first place?’ The character who receives the ‘villain-death’ (offscreen implicit death) does not particularly deserve such treatment. The movie does a good enough job with its focal point to distinguish itself from the latter. That is its solution to the impact of grief on a child. Next to the standard child-like elements, Peng traverses landscapes and plays her violin in a matter of different fashions restoring a parts of herself piece-by-piece. It is emotional and dazzling.

Even though this moving isn’t about riding winged creatures and soaring through clouds, the animators still find a way to reel us in. During our travels with the group witnessing the gorgeous beauty of nature, we feel a sense of taking to new heights as they breath, hear, smell and feel these sights. To a certain extent the animation does feel distinctive pictorially – there is a nice flow between appropriately selected single layer and double layer frames. Between the peaks of suspended disbelief, I sensed a hint of jaggedness in the consistency of detail in the animation – but this can be easily ignored. What matters most, or even all that matters, is its fleeting moments and Abominable accomplishes those successfully.

If I were to be nit-picky, the movie should have taken its time exploring the different locations a bit more. While for the most part any lapses were forgivable, there is one gleaming ‘error’ to do with the music scenes. The film in its most crucial moments are when music and magic are blended are good enough, but I would still infer a higher potential.

A self-undercutting occurs when panning shots swivelling around the focal point, in this case Peng with her violin, are disrupted with lousy cuts. This interruption is continued from when somewhat questionable acoustic covers which contrasts with the rural tone of the film. Instead of a heightened cinematic experience, I was left with a somewhat okay sensational-ish feeling, all the while still wondering about the film’s potential. Make no mistake, the music scenes were still good and could mesmerise any audience, although it could have been much more. Nevertheless, what remains is still fine.

A perfectly fine film that shows glimmers of greatness while sadly failing to fulfil its true potential. Even despite this and a handful of unnoticeable errors, Abominable is still generally enjoyable, and is sure to charm its target audience.

Abominable is in cinemas now.