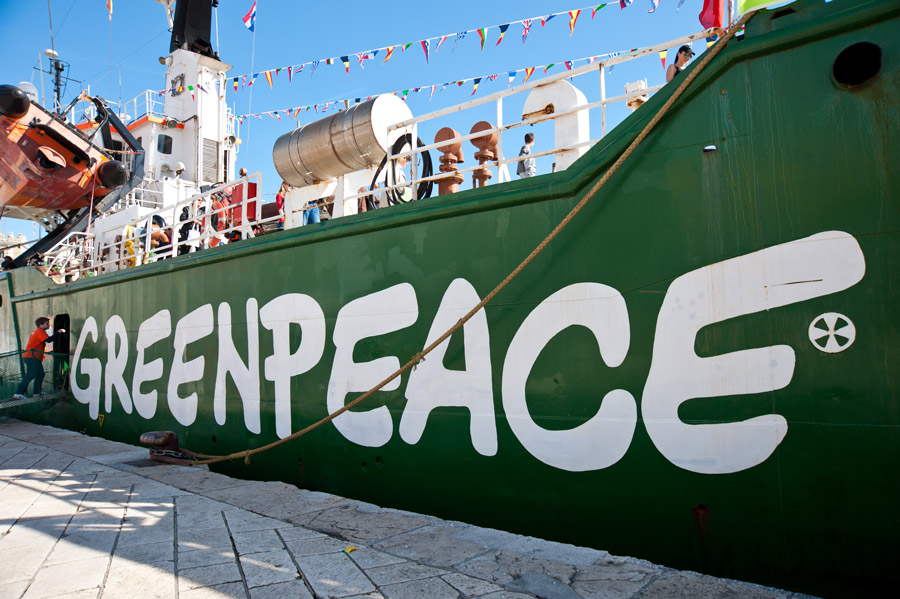 Comment Writer Jadzia Samuel criticises environmental activist groups being included in a counter-terrorism document, arguing that it is damaging to liken such groups to other terrorist organisations

A few weeks ago, a police counter-terrorism document was distributed among members of the public sector, including teachers and medical professionals, as part of the Prevent scheme, which aims to raise awareness of potential signs of extremism or radicalisation in the UK. However, alongside a list of symbols used by white supremacist and jihadist groups, the document also included a section entitled “Environmental Groups”, which listed the likes of Greenpeace, Extinction Rebellion, and Anti-GMO organisations. Although the document carefully makes the disclaimer that not all of the images listed as possible symbols of right-wing organisations are indicative of extremism, and could be “worn by of the law-abiding members of the Pagan community”, no such caveat is included in the footnotes under Greenpeace.

It is almost difficult to believe that these peaceful charity organisations, whose very aims centre around the protection of the planet and vulnerable people, were included in a document designed for widespread circulation, warning against the very real threat of radicalised violence. The implications are undeniable; that any form of popular dissent (no matter how peaceful) is viewed as a national security threat explicitly discourages the most minimal deviation from the status quo. It is a clearly terrifying move, directly indicating the repression of national democracy.

A nation in which non-violent protests calling for environmental conservation is conflated with aggressive fascist groups is not one which can claim to value either free speech or social wellbeing. Greenpeace, PETA, Extinction Rebellion and others have threatened to take legal action in light of this defamation, claiming that it marks an infringement on “the rights of their members and/or activists”. Similarly, the director of PETA, Elisa Allen, has described the comparison of these organisations to terrorist groups as “a sinister attempt to quash legitimate campaigning organisations, something that is as dangerous as it is undemocratic.”

Not only does the inclusion of peaceful environmentalist organisations with fascists and jihadists signify a terrifying disregard for democratic freedom of association; but it also explicitly undermines the gravity of the concerns raised by environmental activists. Although Minister of State for Security Brandon Lewis has highlighted that “counter-terrorism policing in this country is operationally independent [from government]”, denying any government responsibility, amidst such a calamitous climate crisis (the resolution of which would involve a complete restructuring of Western capitalist society) it is hard not to see this act as is a thinly veiled political move which attempts to undermine the legitimacy of these groups and their claims.

Furthermore, an even more sinister implication of this apparent conjunction is the validation of right-wing terrorist organisations.

If Greenpeace and PETA, peaceful climate change activists, are depicted as threats to national security, then the genuinely violent destruction of right-wing terror groups is not given the significant treatment it warrants. Worse still, members of such terror organisations may even see their xenophobic, nationalist agenda validated, as it is made comparable to the “radical” left-wing demand for environmental protection.

In the hard-hitting words of Shadow Home Secretary Diane Abbott, the ordeal appears to be “a fundamental breach of the democratic contract between the government and the governed”, and her claims are clearly relevant. If peaceful insurrection is treated with the same iron fist as violent terrorism, then it is not national security which is being policed, it is citizens’ capacity to exercise their right to free speech. The validity of genuine environmental concerns is wholly disregarded, and, if racist extremists are given the same consideration as animal welfare organisations, then this only serves to generate a false equivalency between two incomparable ends of the political spectrum.